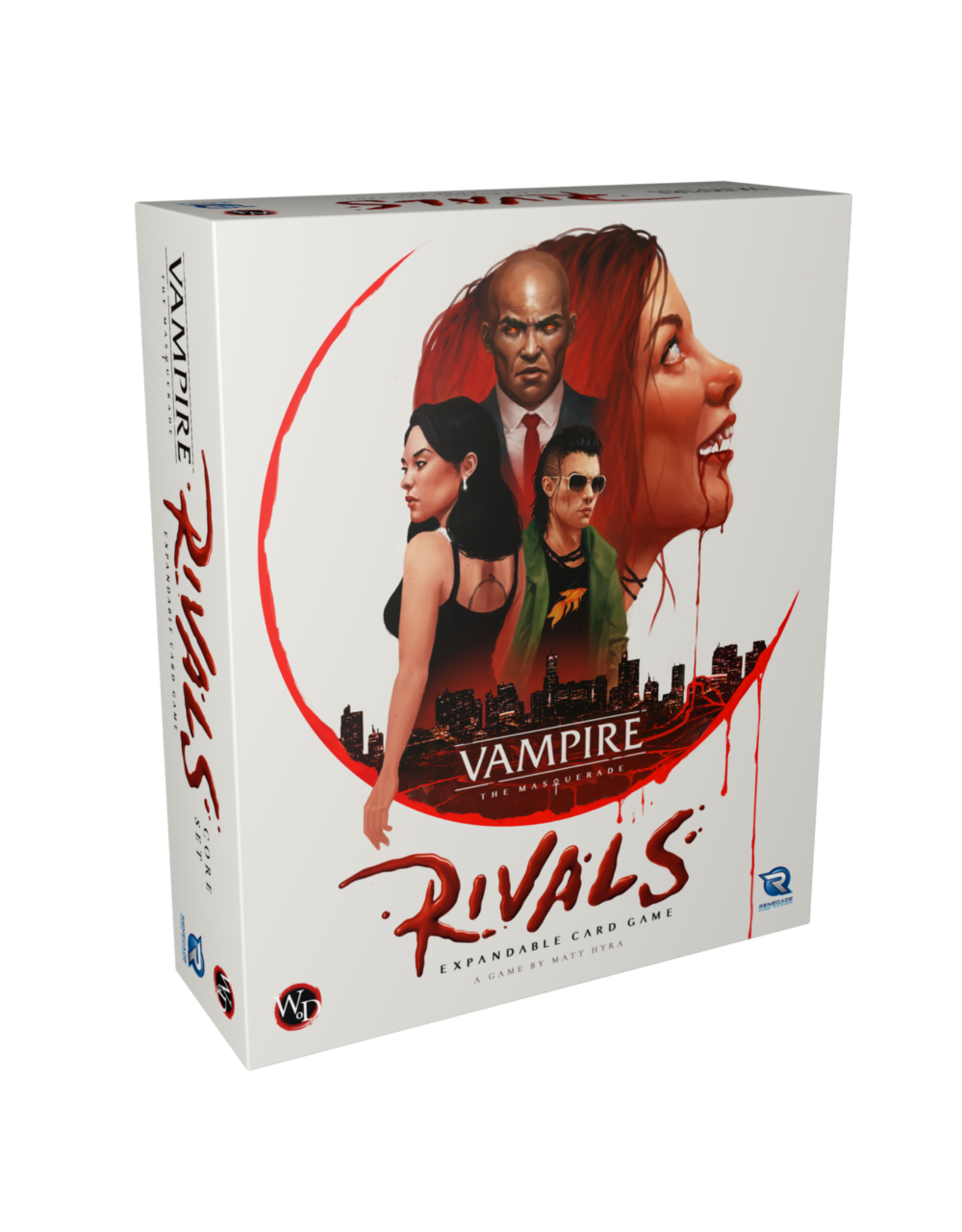 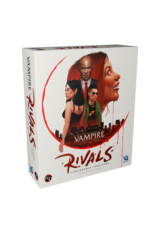 When the sun sets, the undead awaken. To slake their Hunger, they feed upon the herd of unaware mortals. Right beneath our noses, the Kindred clash against their rivals as they vie for control of the city of San Francisco and the coveted title of Prince.

Vampire: The Masquerade - Rivals is an expandable card game for 2-4 players based on the popular roleplaying game set in the World of Darkness.  Each player assumes the leadership of a coterie of vampires, using them to advance their agendas, claim titles, recruit new vampires, and perform other tasks, possibly risking confrontations by taking to the streets!  Complete your agenda or eliminate your rival and claim your rightful place of power over the city!

This Core Set includes four complete ready-to-play vampire decks featuring different clans: Toreador, Ventrue, Brujah, and Malkavian—Everything up to four players need to begin their own schemes for domination.  As an expandable card game, new vampires, clans, and strategies are released regularly to delve deeper into the World of Darkness. 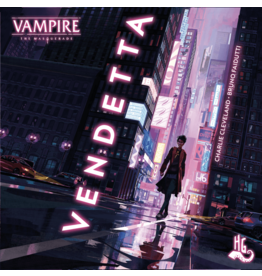