NO THANK YOU EVIL

Home / NO THANK YOU EVIL 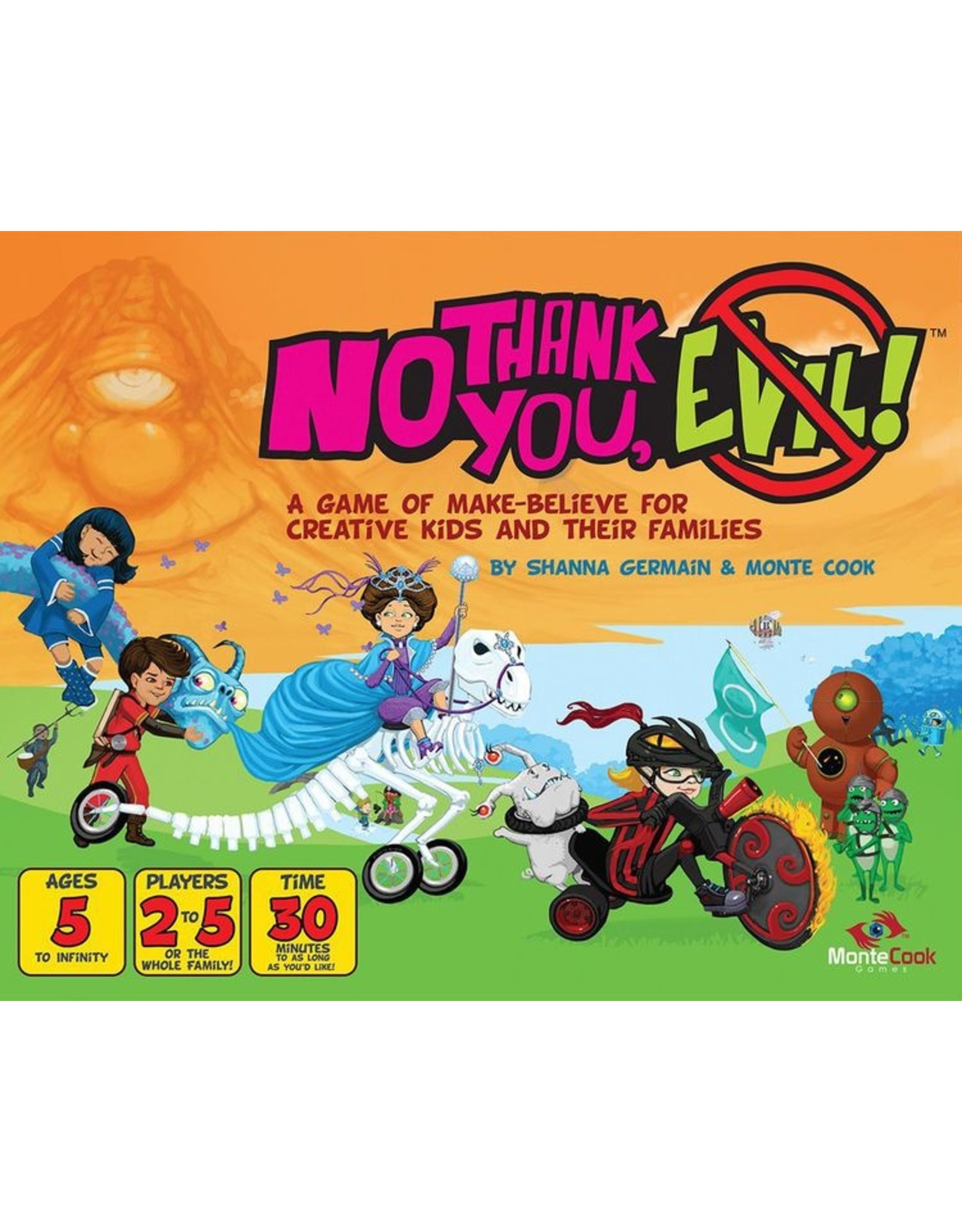 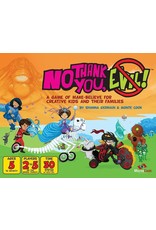 No Thank You, Evil! is a tabletop game of creative make-believe, adventure, and storytelling. In No Thank You, Evil!, you create a character based on a couple of cool, descriptive, imagination-firing traits. The Guide (a special role often played by a parent or older sibling) presents a dilemma, and the players set off on an adventure of the imagination. Along the way you use your character’s special skills, companions, and equipment to overcome obstacles. Maybe you’ll rescue a friend from Dragonsnot Falls, save the world’s biggest adventure park from an ancient curse, or fix Whizbang’s broken time machine before it’s too late! Whatever you choose, you’re sure to solve mysteries, gain friends, confront bad guys, and have a wild adventure!