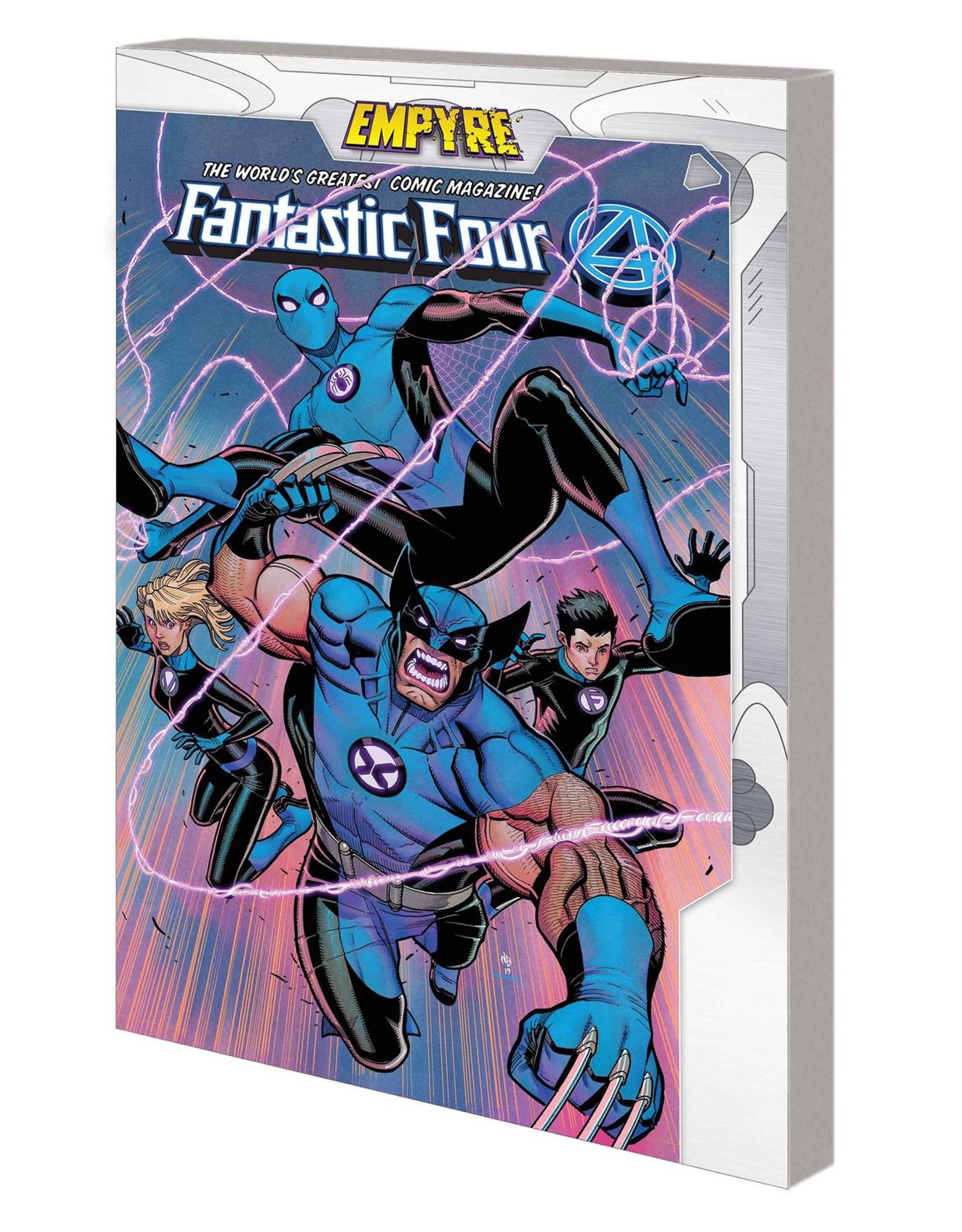 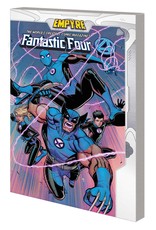 EMPYRE rocks the Fantastic Four's world! First, the Mole Man and his biggest monsters return to the surface, bent on destroying one man: Wyatt Wingfoot! Can the Human Torch and Sky possibly save him on their own? Elsewhere, a never-before-seen Elder of the Universe steps into the light to change things for Marvel's First Family - forever! As the FF find themselves neck-deep in the events of EMPYRE, Franklin and Valeria face a looming crisis back on Earth that calls for the aid of a couple of former members of the New Fantastic Four: Spider-Man and Wolverine! With the entire cosmos at stake, can Ghost Rider and the Hulk be far behind? And can the Richards siblings rise to the challenge before them? All this, plus - wait, when was Iceman a member of the FF?! Collecting FANTASTIC FOUR (2018) #21-24, EMPYRE #0 FANTASTIC FOUR and EMPYRE FALLOUT: FANTASTIC FOUR
144 PGS./Rated T