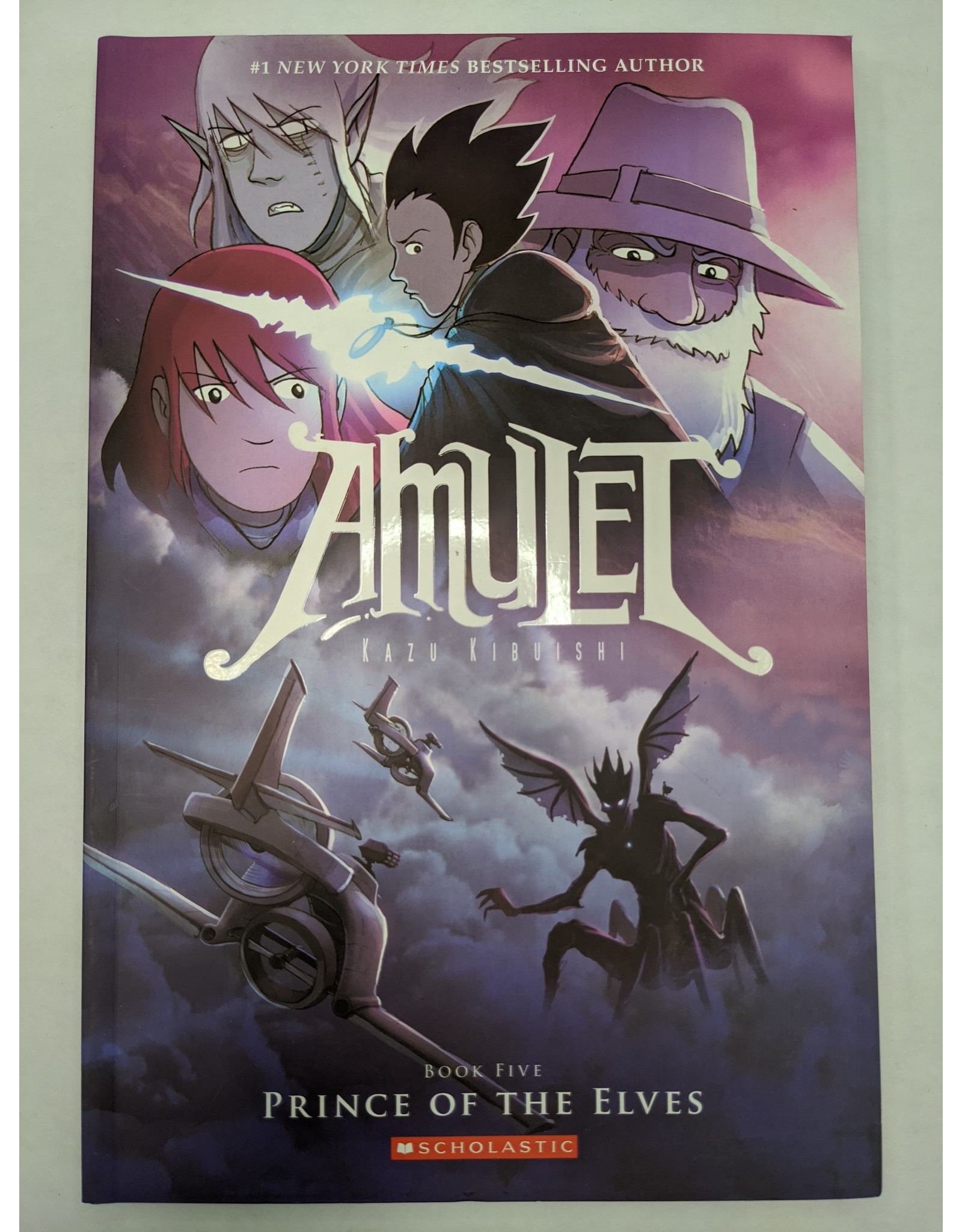 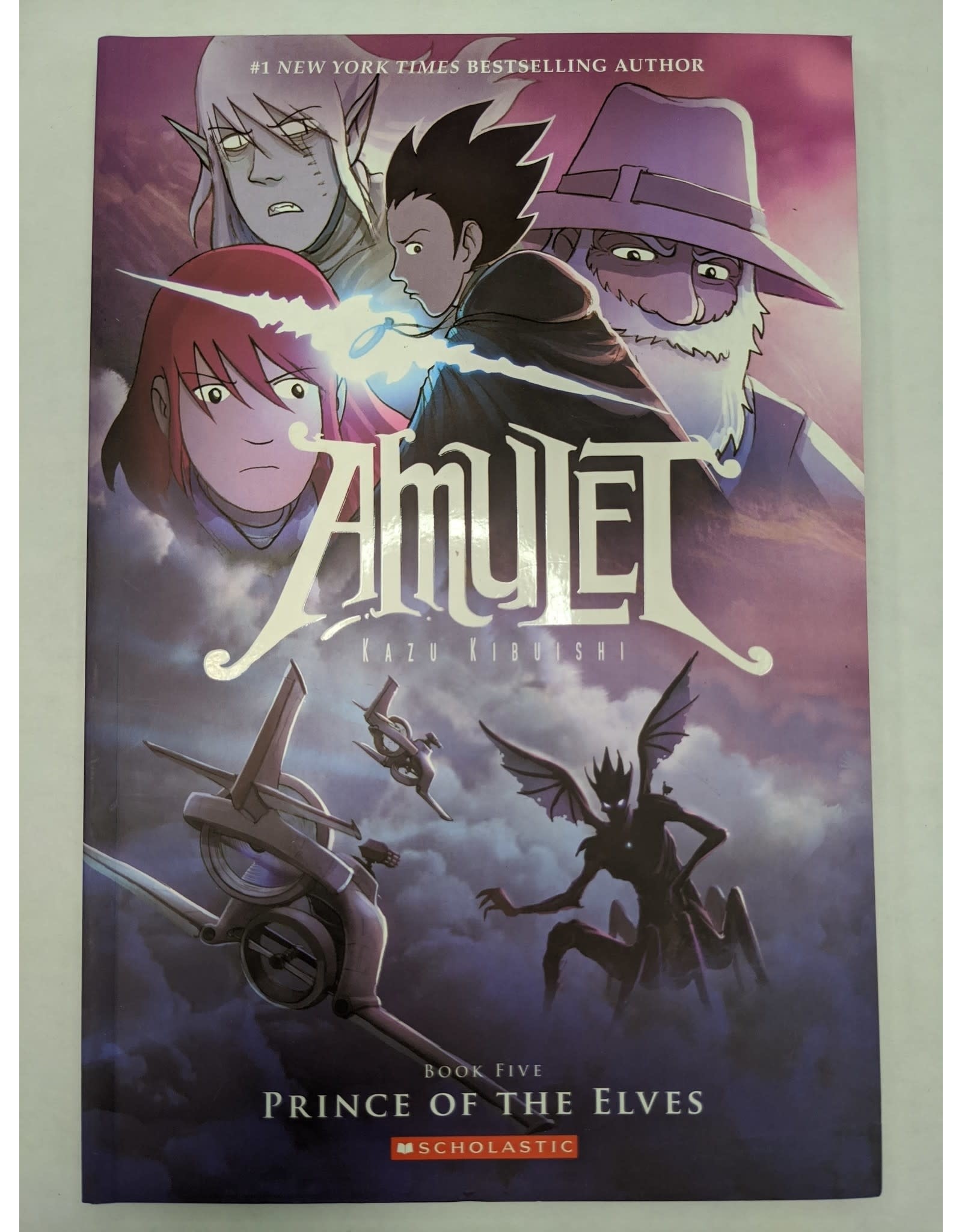 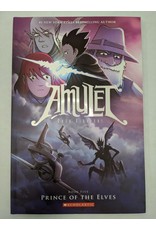 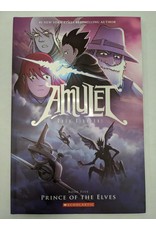 Emily survived the chaos of the Guardian Academy, but Max Griffin has stolen the Mother Stone. With it, the Elf King forges new Amulets that will give him the power to invade and destroy the nation of Windsor. Emily and her friends lead the soldiers of the Cielis Guard in a fight to stop him, but Max stands in their way. Emily seeks information from the Voice of her Amulet, but instead she discovers the Voice is much more sinister than she ever could have imagined. 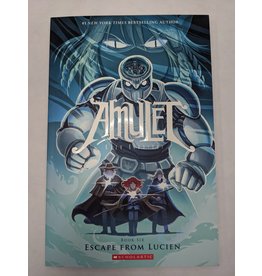 Emily, Navin, and their friends continue to battle the Elf King in hopes of destroying him forever, but one of his most loyal followers, Max, isn't making it easy for them.
Add to cart
AMULET SC VOL 06 ESCAPE FROM LUCIEN
$12.99 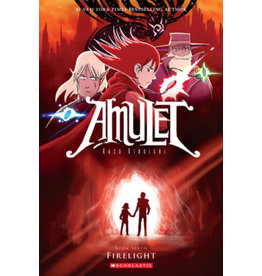 Emily, Trellis, and Vigo visit Algos Island, where they can access and enter lost memories. They're hoping to uncover the events of Trellis's mysterious childhood, knowledge they can use against the Elf King.
Add to cart
AMULET SC VOL 07 FIRELIGHT
$12.99 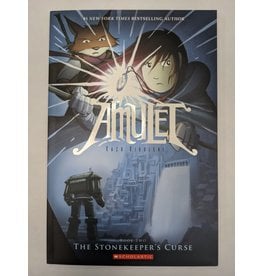 Emily and her brother Navin head for Kanalis, a beautiful and mysterious city of waterfalls, where they hope to find the antidote for the poison that felled their mother.
Add to cart
AMULET SC VOL 02 STONEKEEPERS CURSE
$12.99 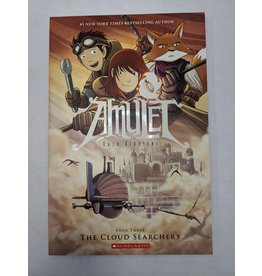 Emily, Navin, and their crew of resistance fighters charter an airship and set off in search of the lost city of Cielis. There they hope to find help from the Guardian Council's powerful Stonekeepers.
Add to cart
AMULET SC VOL 03 CLOUD SEARCHERS
$12.99 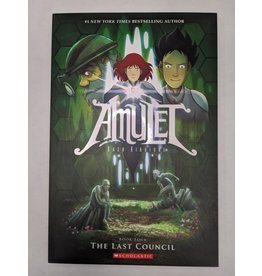 Something isn't right in Cielis. Streets that were once busy are deserted, and the townspeople who are left live in crippling fear.
Add to cart
AMULET SC VOL 04 LAST COUNCIL
$12.99