A GAME OF CAT & MOUTH 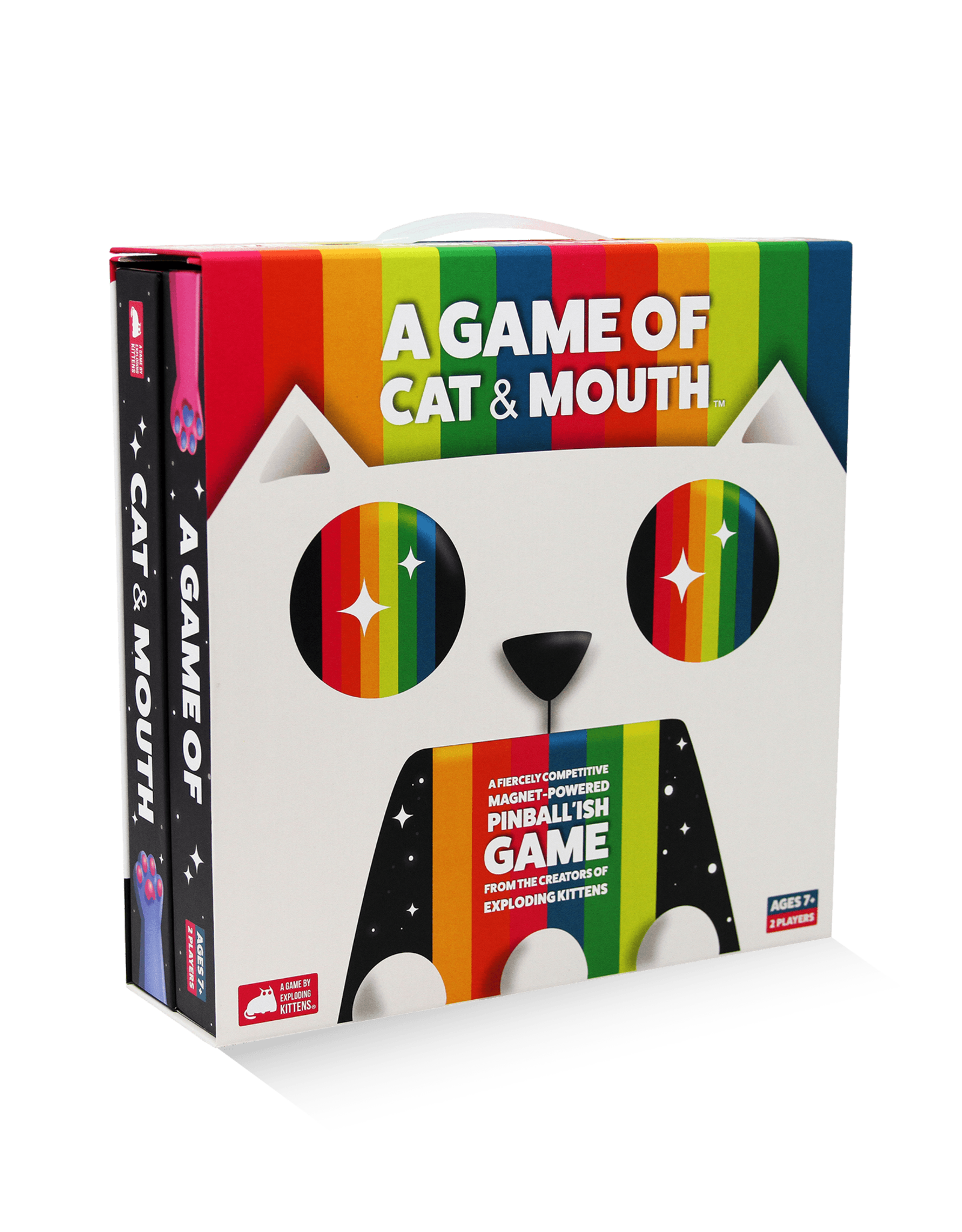 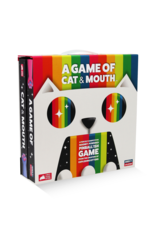 A Game of Cat & Mouth is all about fast-flinging and quick thinking with a touch of precision. In Exploding Kitten’s first two-player game, the first player to land all of the balls of one color onto your opponent’s side wins!  It’s like air hockey, but instead of air and hockey, it’s cats and rainbows! It’s cutthroat multiplayer pinball.

“It’s the Hungry Hungry Hippos of our generation.” -a millennial

Using the magnetic Kitty Paw Flicker, players must launch colorful balls through Rainbow Ralphing Cat’s Mouth and onto their opponent’s side.

The game is played in rounds and you win a round and score a point if ANY of these things happen: