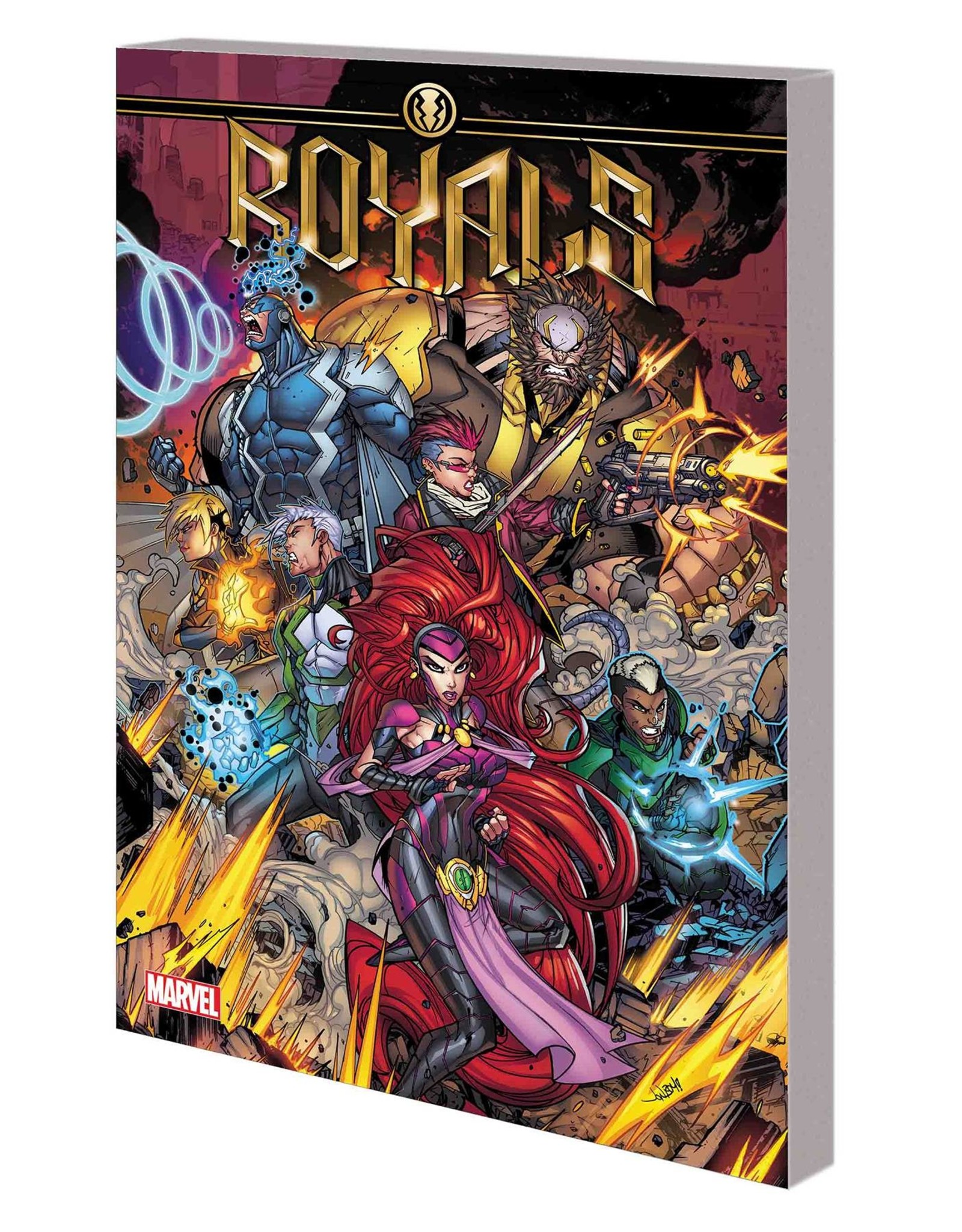 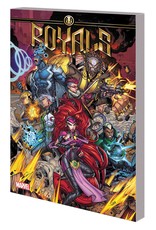 A myth from the future. A quest to the stars. A legend written across galaxies. Guided by the other-dimensional Kree warrior called Marvel Boy, the Inhuman Royal Family departs on an odyssey across all creation! Their mission: to search for lost secrets - and the last hope of their people! The knowledge the Royals seek could change the course of Inhuman destiny, but it cannot be attained without cost - for at the end of days, the Last Inhuman tells the tale of how seven left Earth for the stars, but only six returned! Be there as the Royal Family faces an oncoming Chitauri invasion of Earth and stands accused by Ronan - and Black Bolt reveals a shocking secret that could end their mission before it even starts. The Inhuman "ResurrXion" begins here! Collecting ROYALS #1-5 and INHUMANS PRIME #1.
Rated T+