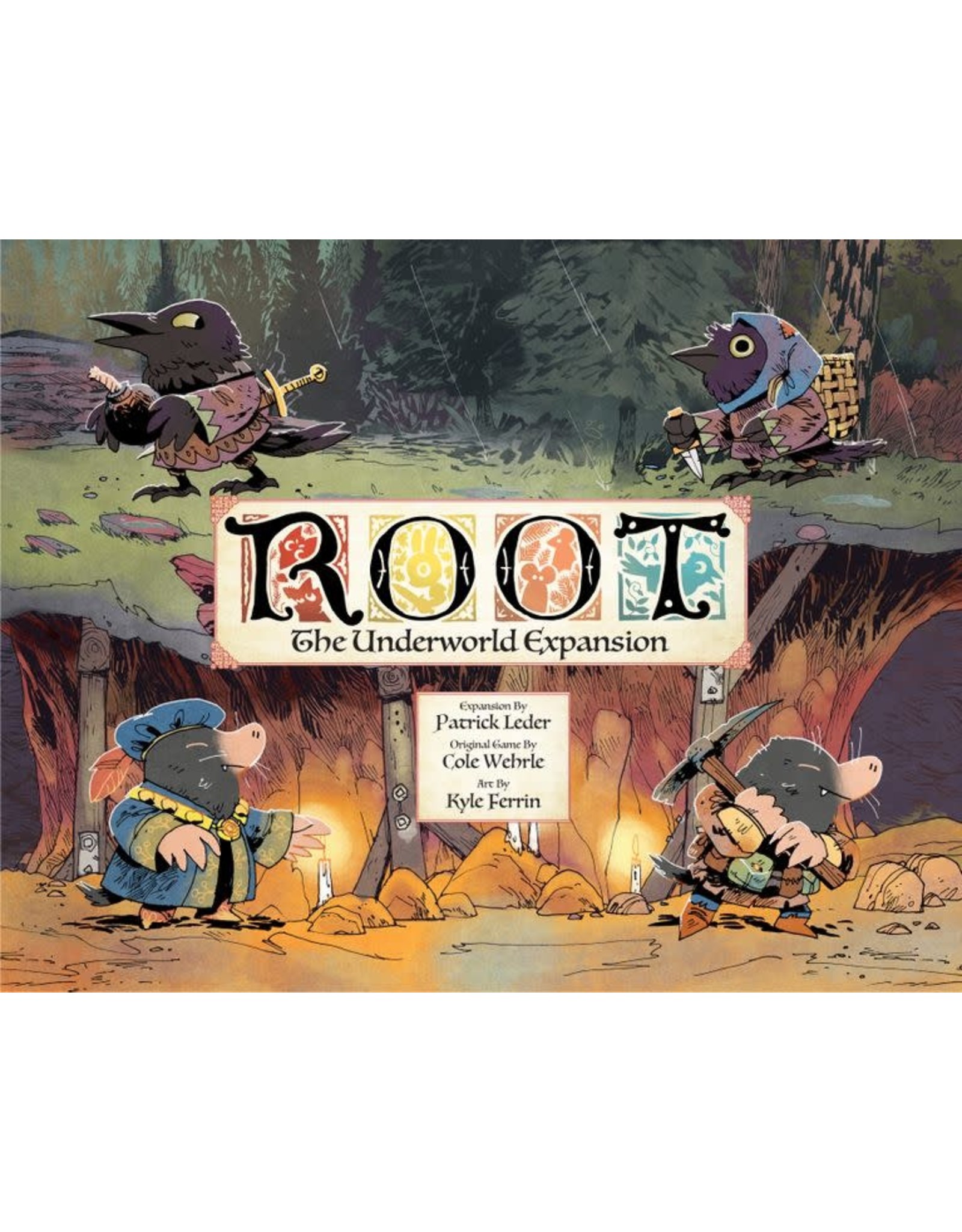 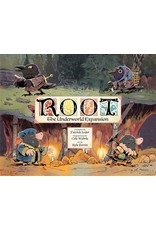 Delve deeper into the world of Root with the Underworld Expansion, which adds two new factions and a new board.

Play as the:
☆ Underground Duchy — Sway your ministers to lead a righteous expedition to the Woodland, bringing order to the unending war and chaos above.
☆ Corvid Conspiracy — Use cunning and trickery to hold the Woodland hostage, instigating plots to seize control through terror.

Play on the:
★ Mountain Map — Trek across outcroppings, clear blocked routes, and hold the mountain pass to show you are an effective leader.
★ Lake Map — Whisk yourself across the map by traveling on the ferry, meeting new friends and allies along the way.

Each game includes...
• Even more screen-printed warriors for the two new factions
• A new double-sided board with the lake and mountain maps.
• Hundreds of new faction configurations!