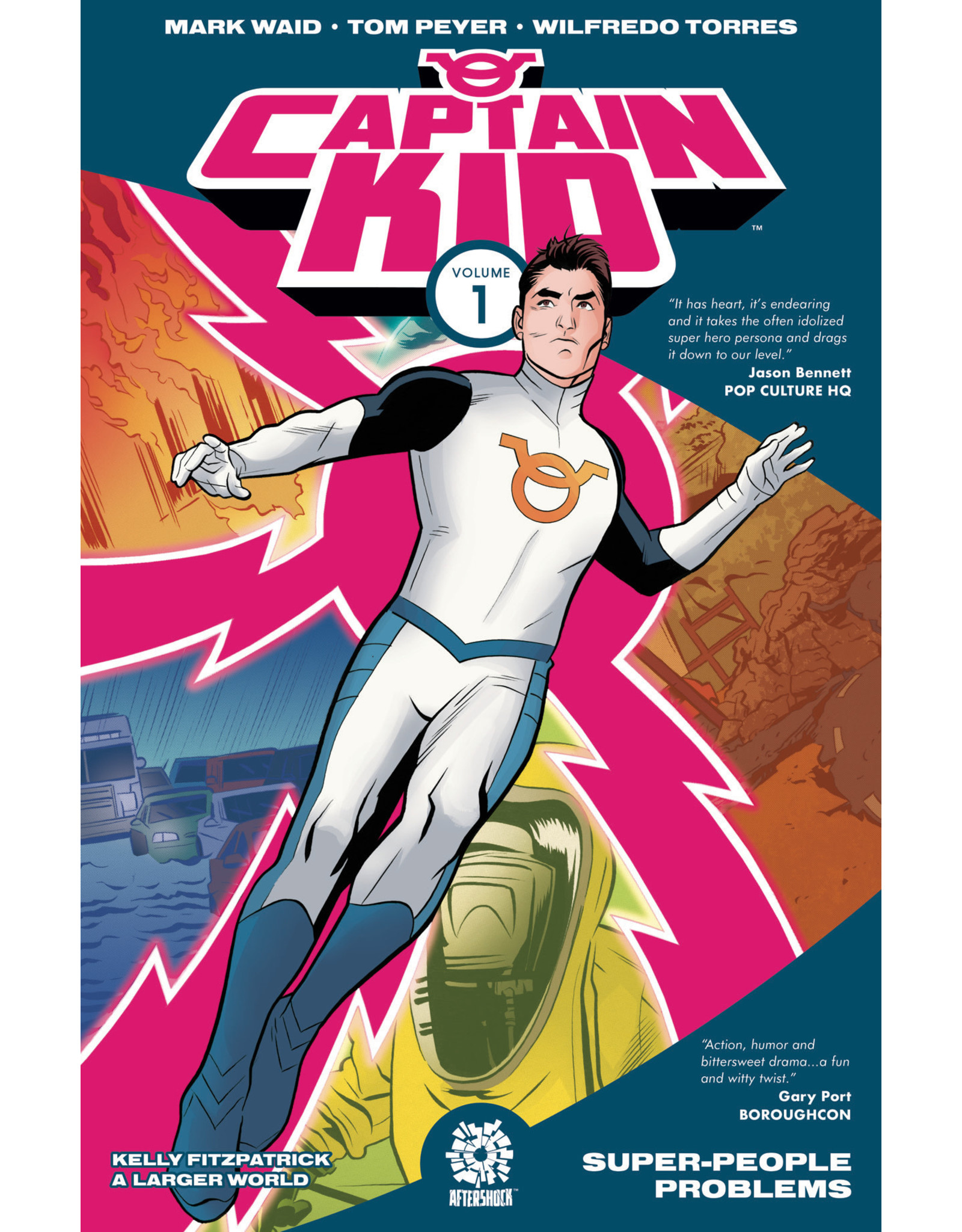 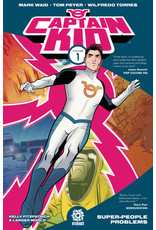 Collecting the first five issues! A middle-aged man has suddenly transformed into a teenage super hero. If it happened to you, would you ever change back? Chris Vargas is a middle-aged man with a hacking cough, an obsolete job, and a bombastic secret: whenever he likes, he can transform into the teenage superhero Captain Kid! In this, his first recorded adventure, he encounters Helea, a mystery woman who knows more about him than he does, and Halliday, a mad businessman with a catastrophic weapon! From Mark Waid (SPIDER-MAN, DAREDEVIL & DC COMICS' KINGDOM COME), Tom Peyer (THE ATOM), Wilfredo Torres (JUPITER'S CIRCLE), and Brent Peeples (TMNT) comes the BRAND NEW series that HAD to be told at AFTERSHOCK.