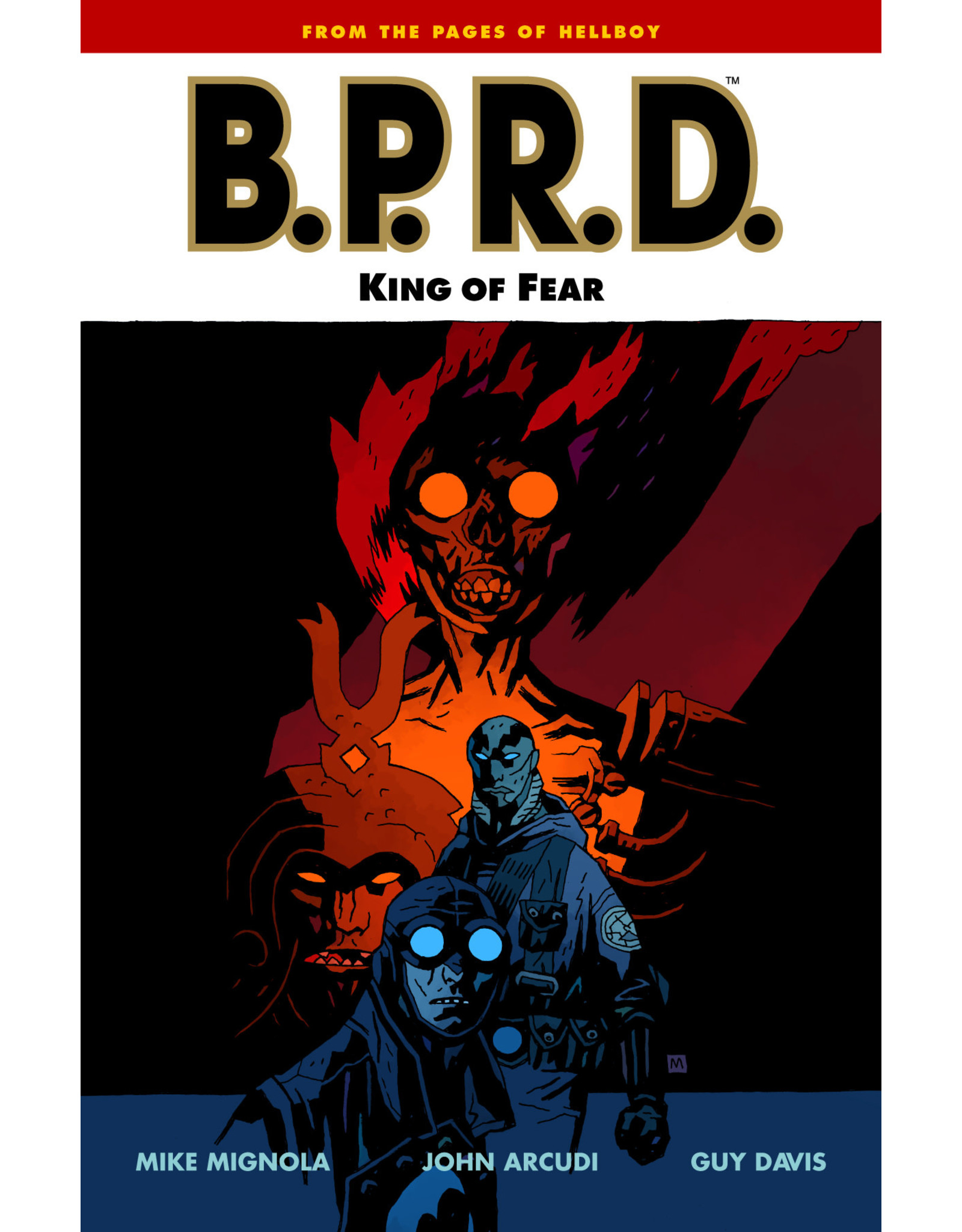 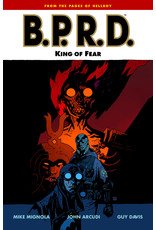 A story that began in the first issue of Hellboy concludes with the B.P.R.D. team set to permanently wipe out the subterranean colony of frog monsters that have been a story-driving plague. With Memnan Saa dead, agents Liz and Abe take on the powerful King of Fear-who ultimately reveals that it is, in fact, the B.P.R.D. members themselves who will lead the world to apocalypse, not the supernatural monsters, demons, or colossal squidbots.
o Collects B.P.R.D.: King of Fear issues #1-#5.