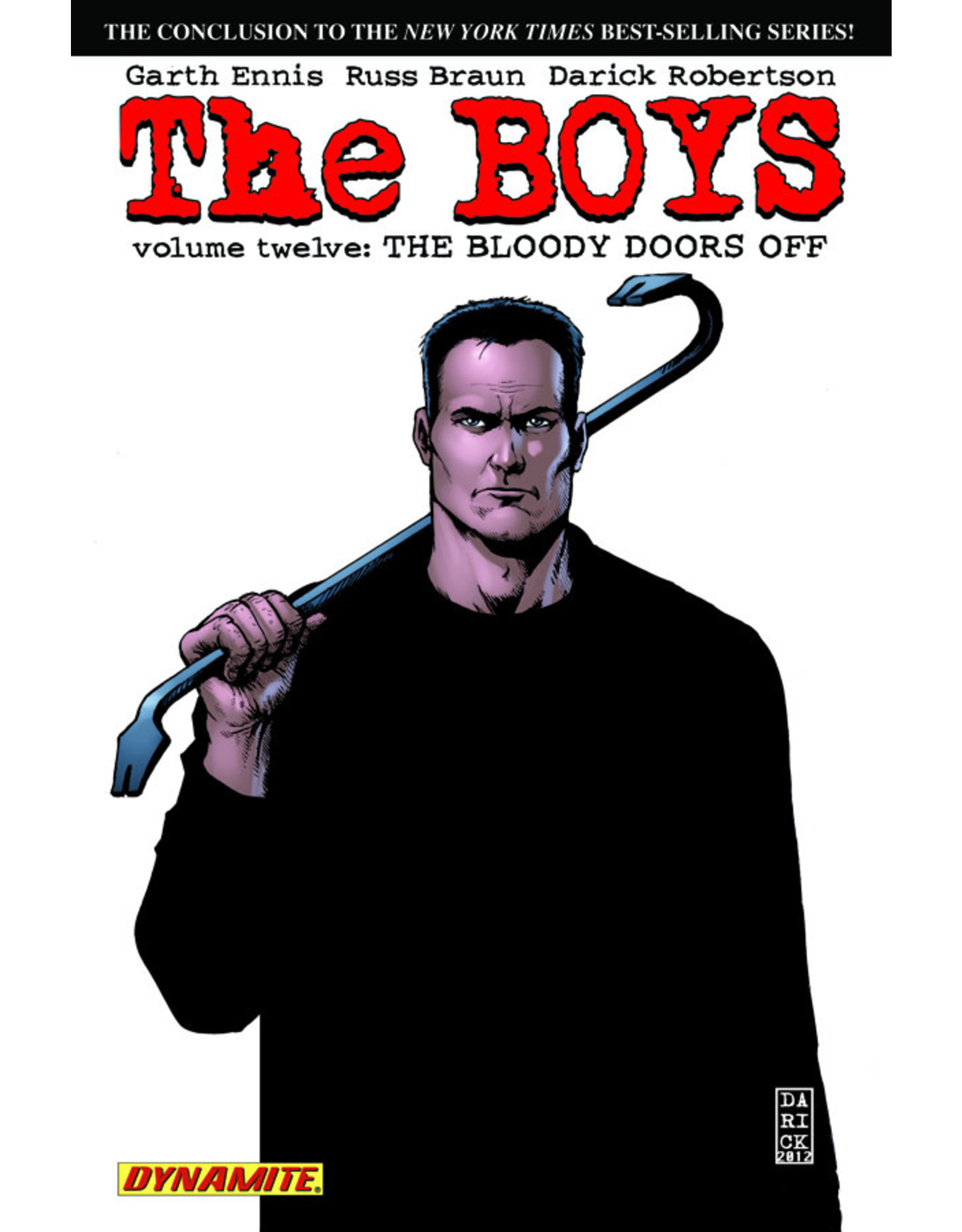 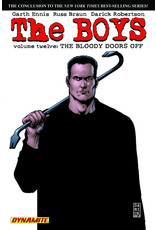 The war is over and the world is saved. The supes have been beaten down so far they'll never get up again. So why would anyone want one hundred and eighteen metric tons of the only substance on earth that can kill them all stone dead? Bad days start coming thick and fast, as the Boys are caught in the last throes of the battle they were recruited to fight so long ago. Hughie, all on his own and out of luck, finds himself walking down one last bloody trail- and the truth he finds waiting for him at the end of it will be nothing short of shattering. Billy Butcher's vengeance comes full circle, in this twelfth and final entry in the story of The Boys. The Boys Vol. 12: The Bloody Doors Off TP contains issues #66-72 as well as a complete cover gallery!