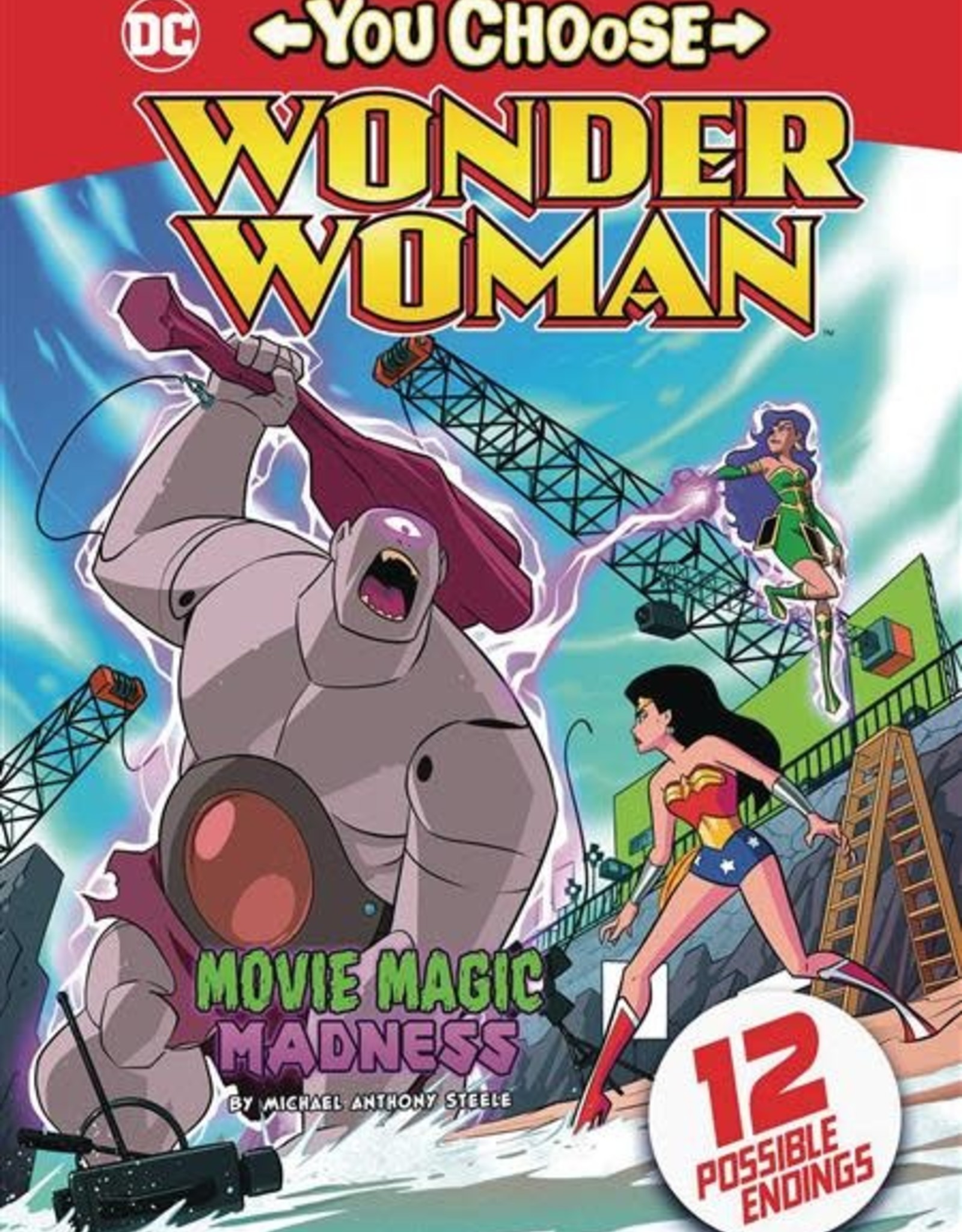 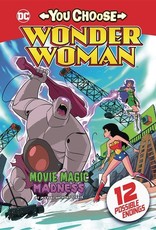 Circe vows revenge when she is offended by her likeness during filming for a remake of The Odyssey. When Wonder Woman tries to stop her, the sorceress conjures a portal that takes the hero to a realm of magical movie genres. Does the Amazon warrior take on wizards and dragons in a fantasy realm? Should have a showdown with the sheriff in a dusty western? Does Wonder Woman head into a haunted house to wrestle with werewolves, vampires, and mummies? In this interactive story, YOU choose the path Wonder Woman takes. With your help, she'll defeat Circe's "Movie Magic Mischief!"