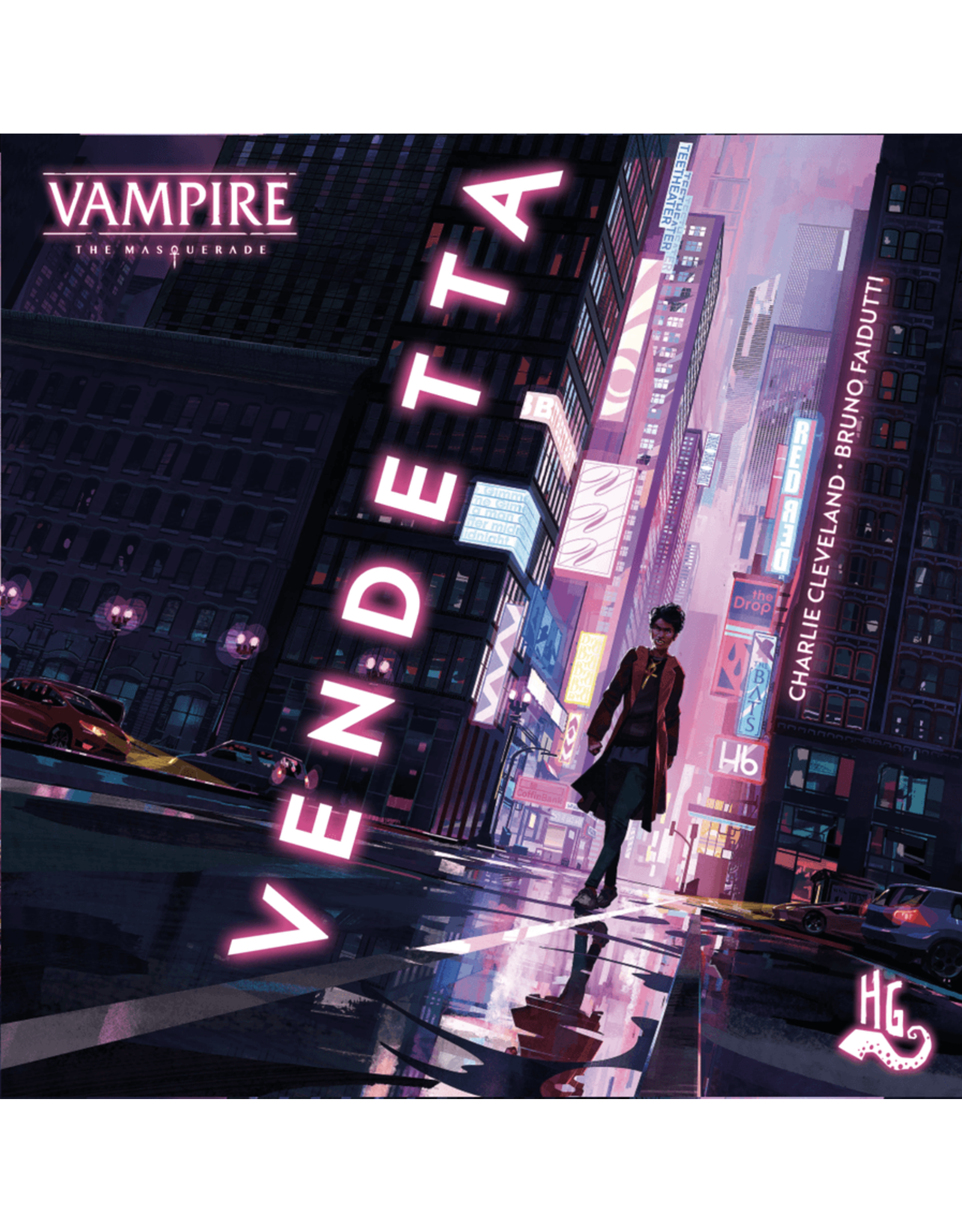 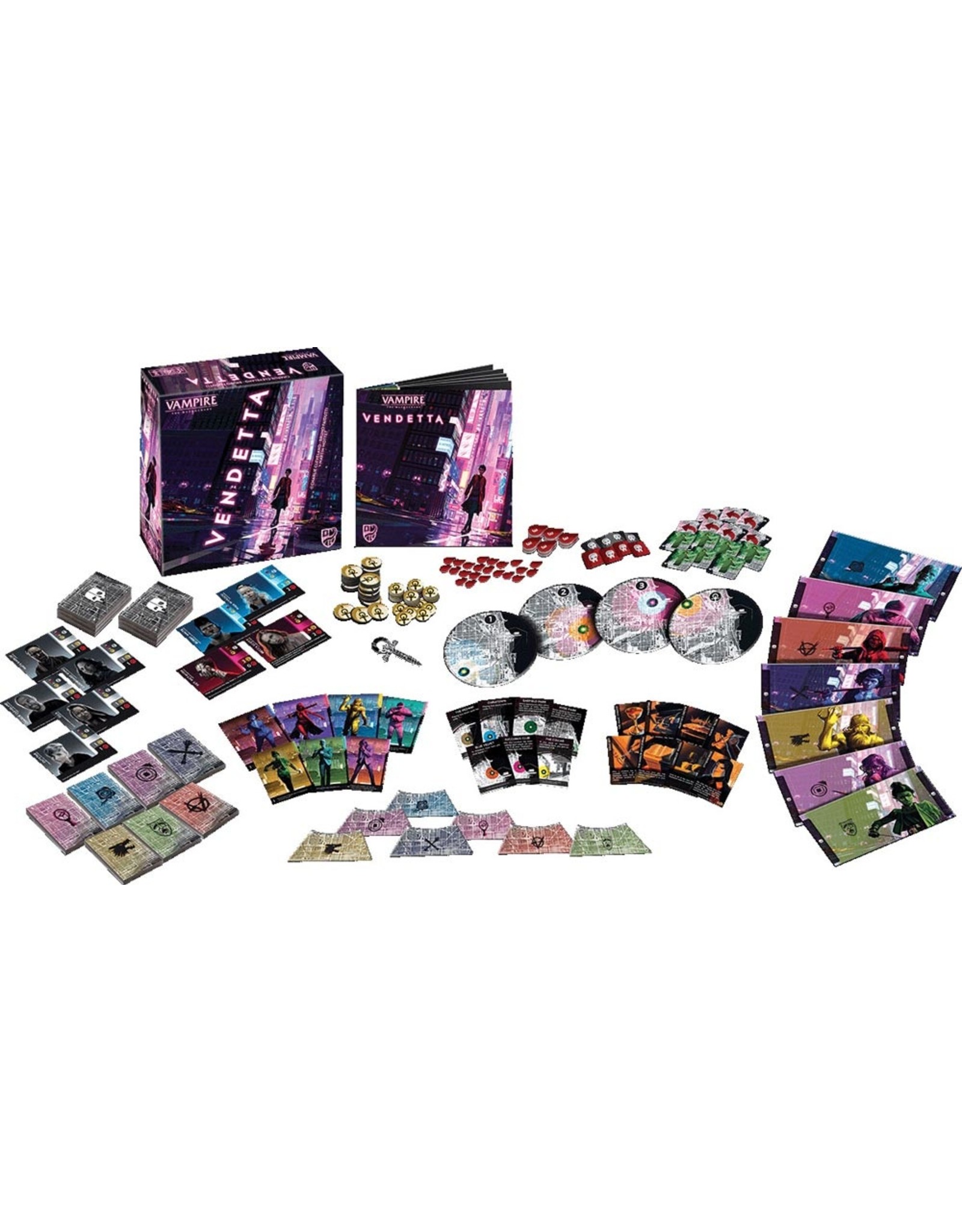 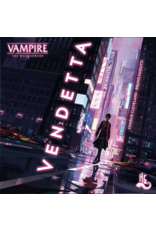 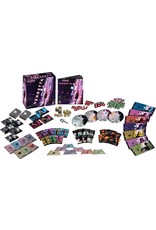 Scheme and fight for influence and power as immortal vampires! Build your hand, play cards and blood to earn the control of influential humans and make them your servants; your goal is to gain the most influence over three ages.

Vampire: The Masquerade – Vendetta is a competitive card game where up to 5 players take control of one of the vampire clans of the Camarilla and try to conquer the role of Prince of Chicago!

In Vampire: The Masquerade – Vendetta each player leads one of the Camarilla clans of Chicago (Brujah, Gangrel, Malkavian, Nosferatu, Toreador, Tremere or Ventrue), determined to gain enough influence to seize control of the city and become its new Prince.

Over three rounds, players will play cards and blood at several locations to gain control of powerful allies, both human and Kindred, earning influence and unlocking their special abilities. Players will also gain new cards at the beginning of each round, gaining new abilities to surprise their opponents.

Cards are played one at a time at one of the available locations, either face up (to openly show your intentions) or face down (to hide your strategy and deceive your opponents with a clever bluff). Blood can also be spent to increase your strength during the upcoming fight, but if it runs out, the frenzy will force you to feed upon one of your hard-earned allies!

At the end of the third round, the vampire with the most influence is the winner… and the new Prince of Chicago!