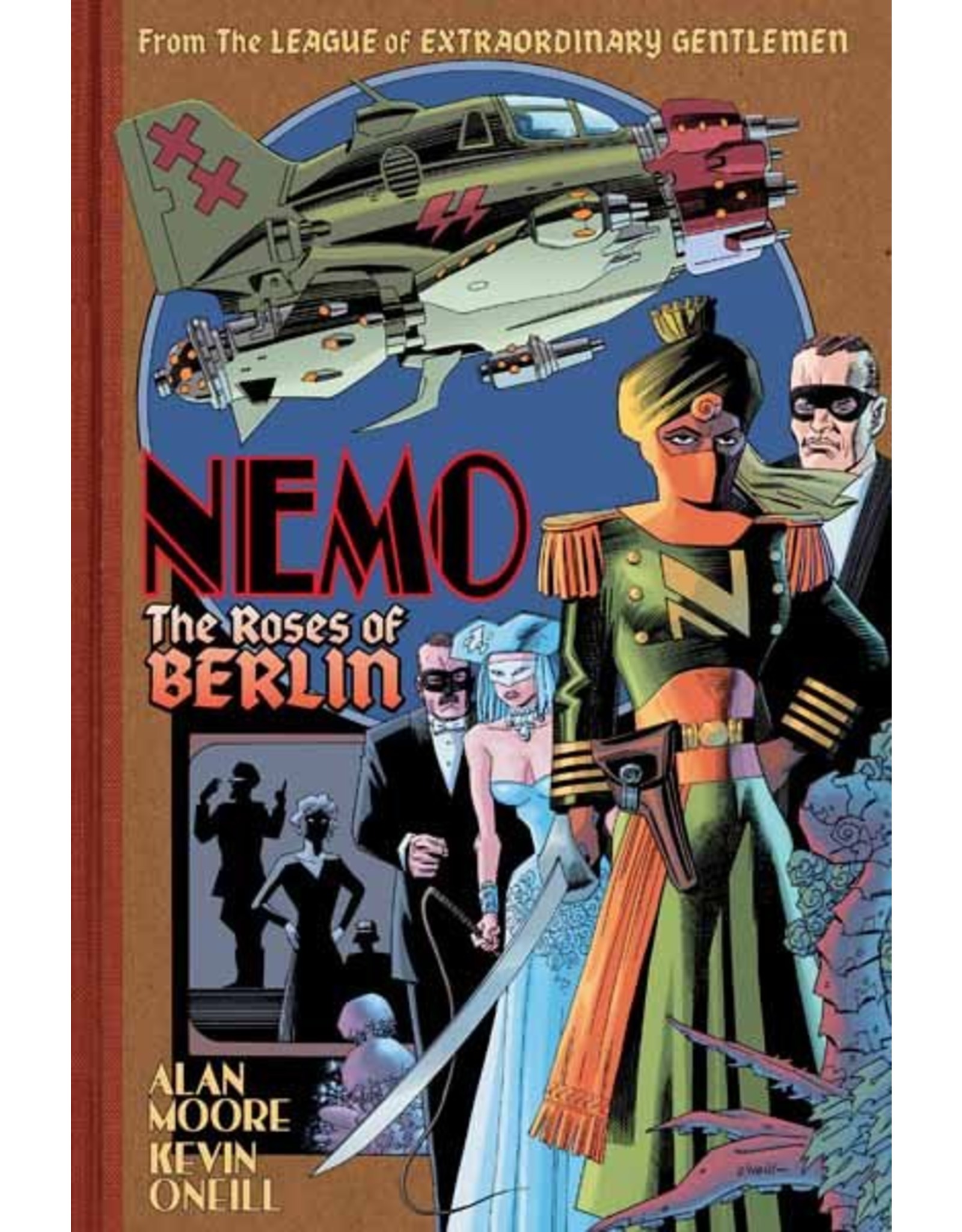 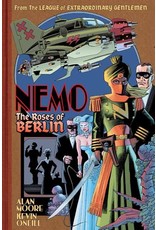 by Alan Moore and Kevin O'Neill

From The League of Extraordinary Gentlemen…

Sixteen years ago, notorious science-brigand Janni Nemo journeyed into the frozen reaches of Antarctica to resolve her father's weighty legacy in a storm of madness and loss, barely escaping with her Nautilus and her life.

Now it is 1941, and with her daughter strategically married into the family of aerial warlord Jean Robur, Janni's raiders have only limited contact with the military might of the clownish German-Tomanian dictator Adenoid Hynkel. But when the pirate queen learns that her loved ones are held hostage in the nightmarish Berlin, she has no choice save to intervene directly, travelling with her ageing lover Broad Arrow Jack into the belly of the beastly metropolis. Within that alienated city await monsters, criminals and legends, including the remaining vestiges of Germany’s notorious ‘Twilight Heroes’, a dark Teutonic counterpart to Mina Murray’s League of Extraordinary Gentlemen. And waiting at the far end of this gauntlet of alarming adversaries there is something much, much worse.

Continuing in the thrilling tradition of Heart of Ice, Alan Moore and Kevin O’Neill rampage through twentieth-century culture in a blazing new adventure, set in a city of totalitarian shadows and mechanical nightmares. Cultures clash and lives are lost in the explosive collision of four unforgettable women, lost in the black and bloody alleyways where thrive THE ROSES OF BERLIN.