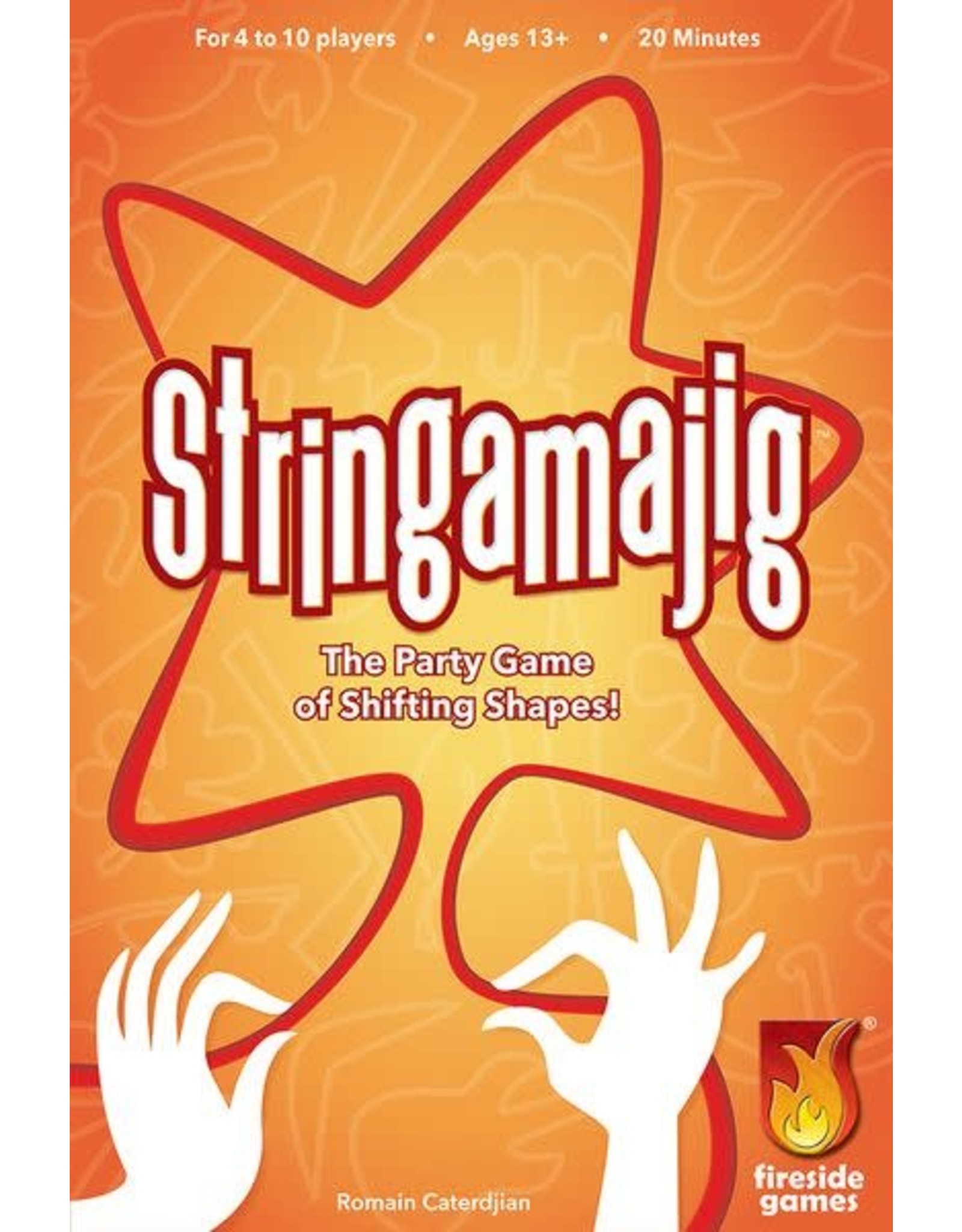 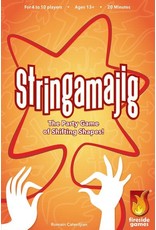 The action in the party game Stringamajig is part drawing and part charades with a string. Each player is given 60 seconds to draw a shape with a loop of string, move it around, and interact with it, trying to help other players guess that word, then as many other words as possible in the time allotted.

When the drawer is ready, they flip the sand timer, grab the string, and start "drawing" — but they can interact with that drawing to help others guess the object, such as strumming a guitar, moving the tentacles on an octopus, or twirling the rotors on a helicopter. The drawer can't make any noise, and part of the string has to remain touching the table while they animate their drawing. Otherwise, the drawer can get crazy with it.

The game contains three types of challenge words that are harder to draw, but worth 2 points if guessed:

After everyone has had two turns as the drawer (or one turn in a game with seven or more players), the game ends, and the player with the most points wins.