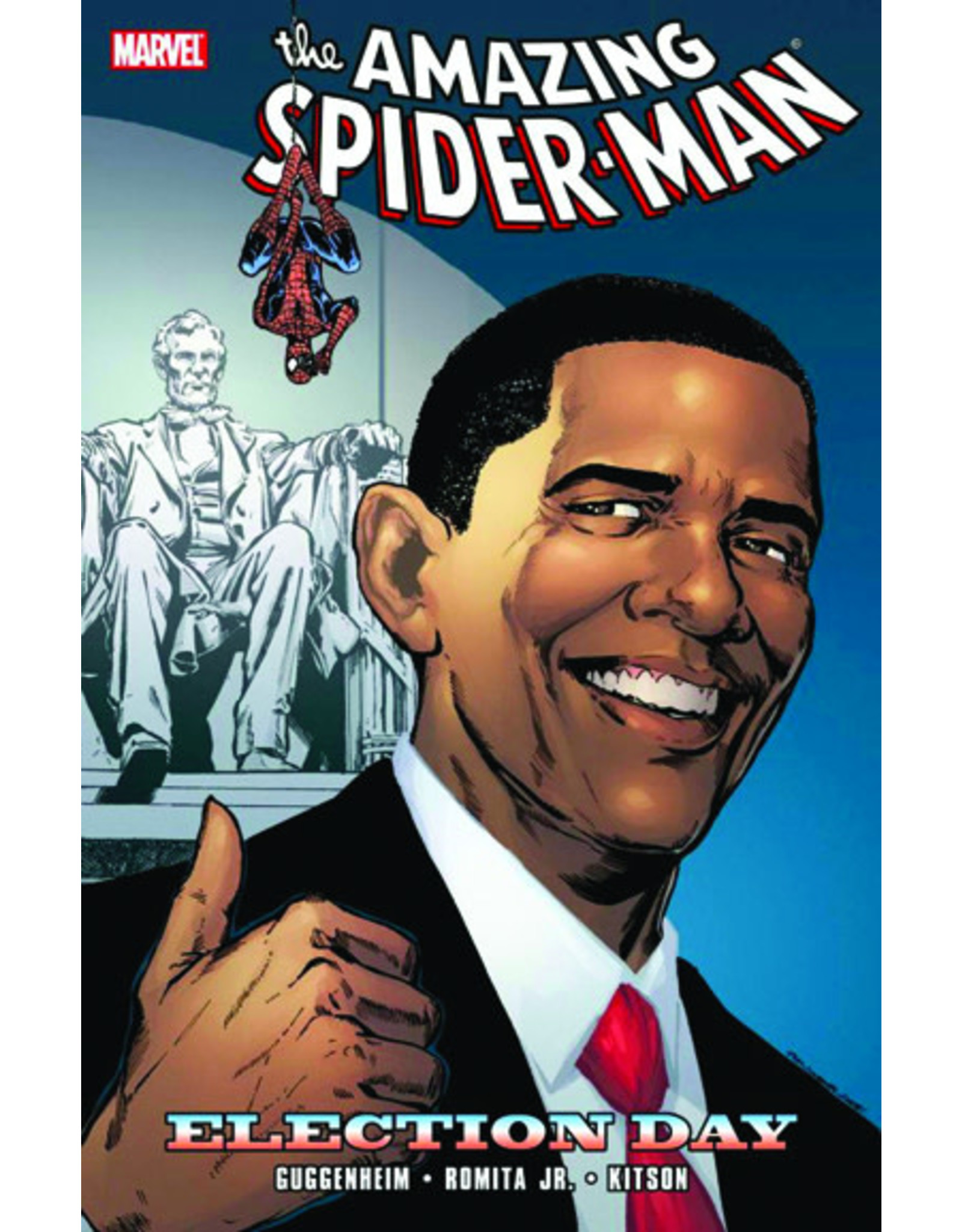 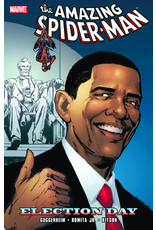 It's Election Day in New York City, where the job of mayor is up for grabs! Menace is on the hunt, trashing campaign rallies for candidate Bill Hollister every chance he gets. Spider-Man is on the scene to stop him - if the police would just quit trying to take him into custody! And the search for the Spider-Tracer Killer has reached a crescendo, with a new victim leading police right to Spidey's door! Plus: The Chameleon is one of the worst bad guys in Spider-Man's rogues' gallery. So when he shows up to spoil Inauguration Day by taking the form of newly elected President Barack Obama, Spidey's got his work cut out for him! Collecting AMAZING SPIDER-MAN #583-588; material from AMAZING SPIDER-MAN: EXTRA #2-3; and "Gettysburg Distress," a Captain America/Spider-Man/Abraham Lincoln team-up previously available only online!