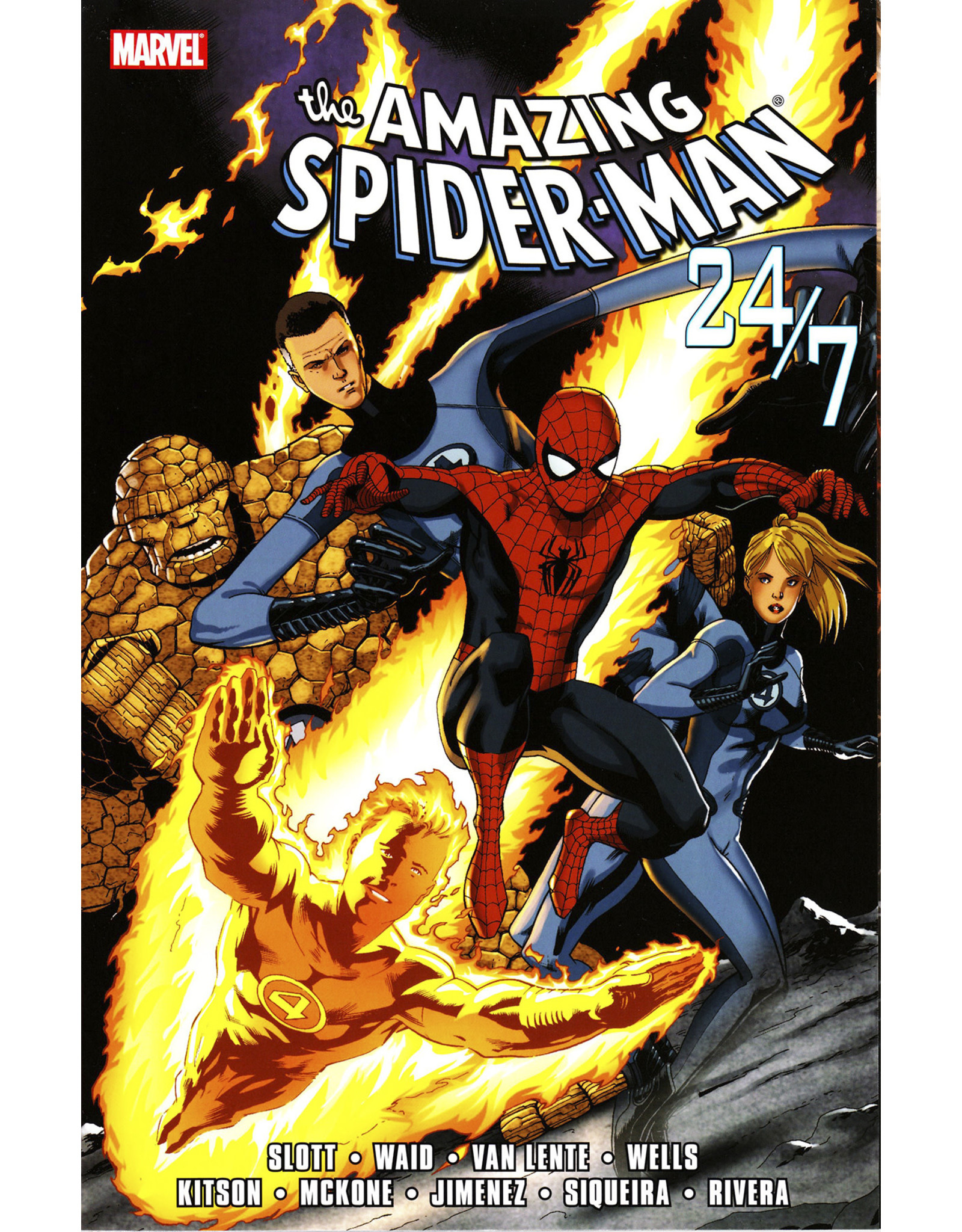 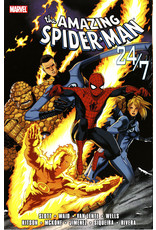 You think your life is hard? Try being Spider-Man 24/7! First shift you've got your old baddie, the Spot, cutting a path through the Russian mob and taking no prisoners! Second shift, you've got to head to the Macroverse on an adventure with the Fantastic Four - where Johnny Storm thinks something funny's going on with your secret identity! Then you have to make it back in time for third shift: a showdown with the new mayor's  Spidey-killing strike-force, a new and improved Vulture out for blood, and - wait... who's this new mayor? By the time this week is done, are you really going to want to "celebrate" Wolverine's birthday with him in a downtown dive bar? Of course you are...you're Spider-Man! 24/7! Collecting AMAZING SPIDER-MAN #589-594 and material from AMAZING SPIDER-MAN EXTRA! #2.