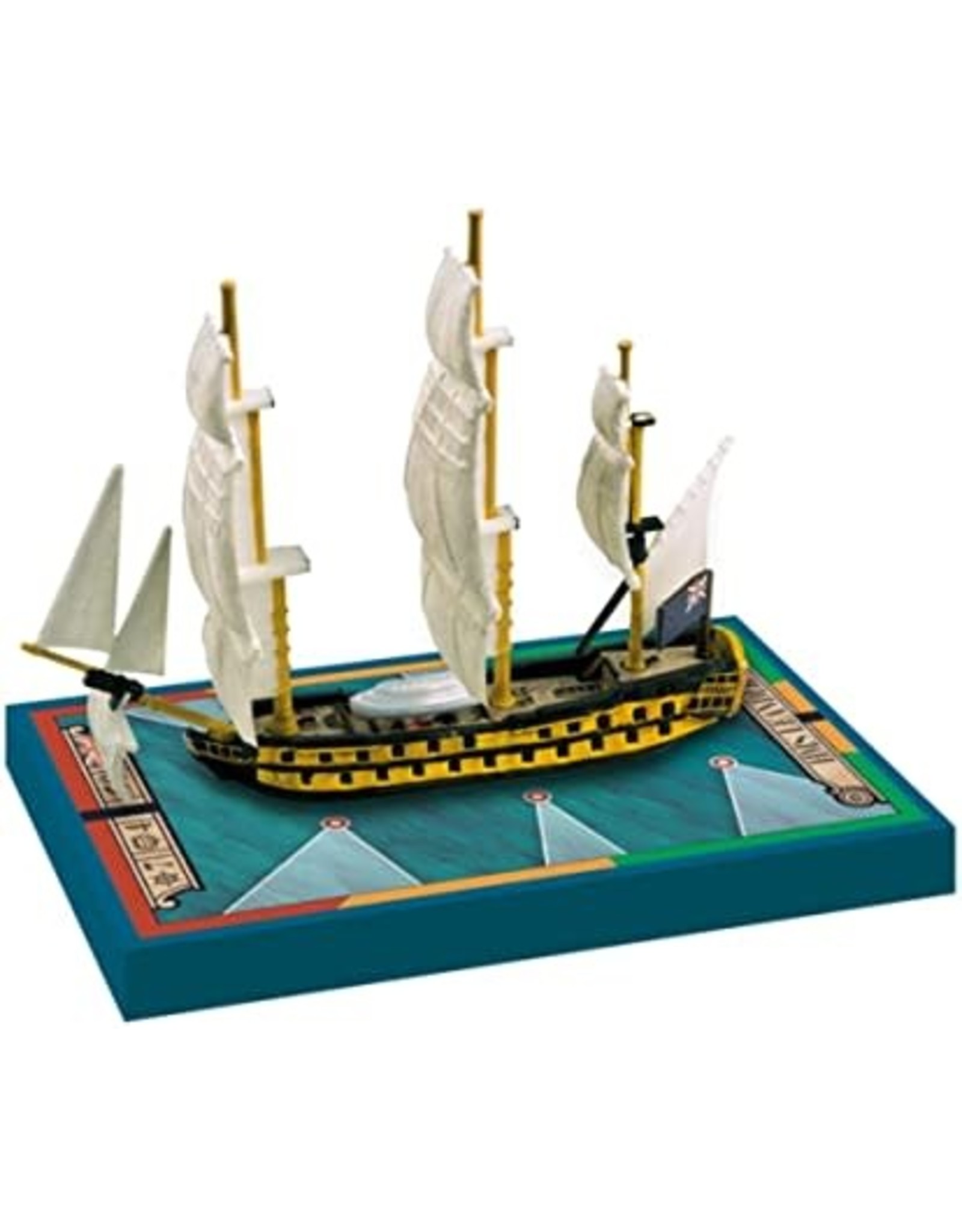 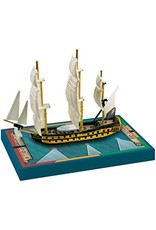 HMS Leander, launched at Chatham on 1 July 1780, served on the west coast of Africa, West Indies, and the Halifax station. During the French Revolutionary Wars, HMS Leander participated in the Battle of the Nile and was captured by French, then captured again by Russians and Turks. On 25 April 1805 cannon fire from Leander killed an American seaman with the resulting “Leander Affair” that contributed to the worsening of relations between the USA and Great Britain. In 1813 Leander was converted to a hospital ship under the name Hygeia.

This ship pack can also be used to represent the British Portland Class “HMS Adamant 1780.”

Designed to be used with the tactical ship-to-ship game system created by Andrea Angiolino and Andrea Mainini, each Sails of Glory Ship Pack is a ready-to-play model, painted and assembled, 100% compatible with any other Sails of Glory game product.

In each pack you will find all you need to play the ship: a special base with gaming stats, a ship log and, a specific deck of maneuver cards. The ship base, ship card and ship log are printed on two sides - the game data of a second ship is printed on the back.