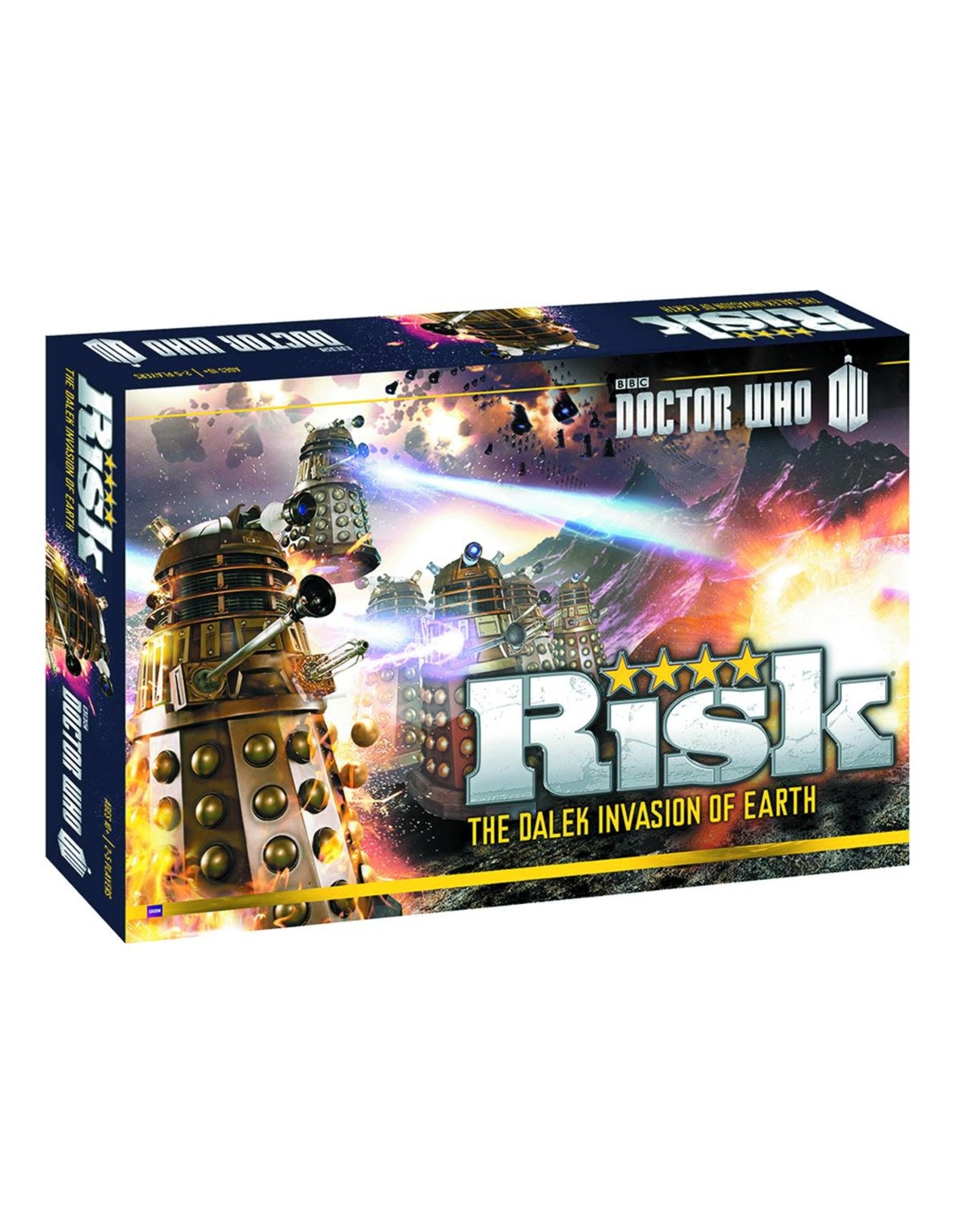 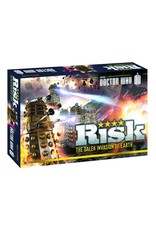 "The Daleks are now the masters of the Earth!" The Daleks invade Earth and attempt to conquer the planet in their bid for galactic domination. The Doctor Who Risk: The Dalek Invasion of Earth Collector's Edition puts you in command of the Dalek forces who seek to subjugate the planet - and the Doctors who are tasked with defending it! Special rules encompass all eleven Doctors, and special Mission Cards give you tasks to complete each turn. The fate of the Earth is in the balance when the Daleks attack in Doctor Who Risk: The Dalek Invasion of Earth!