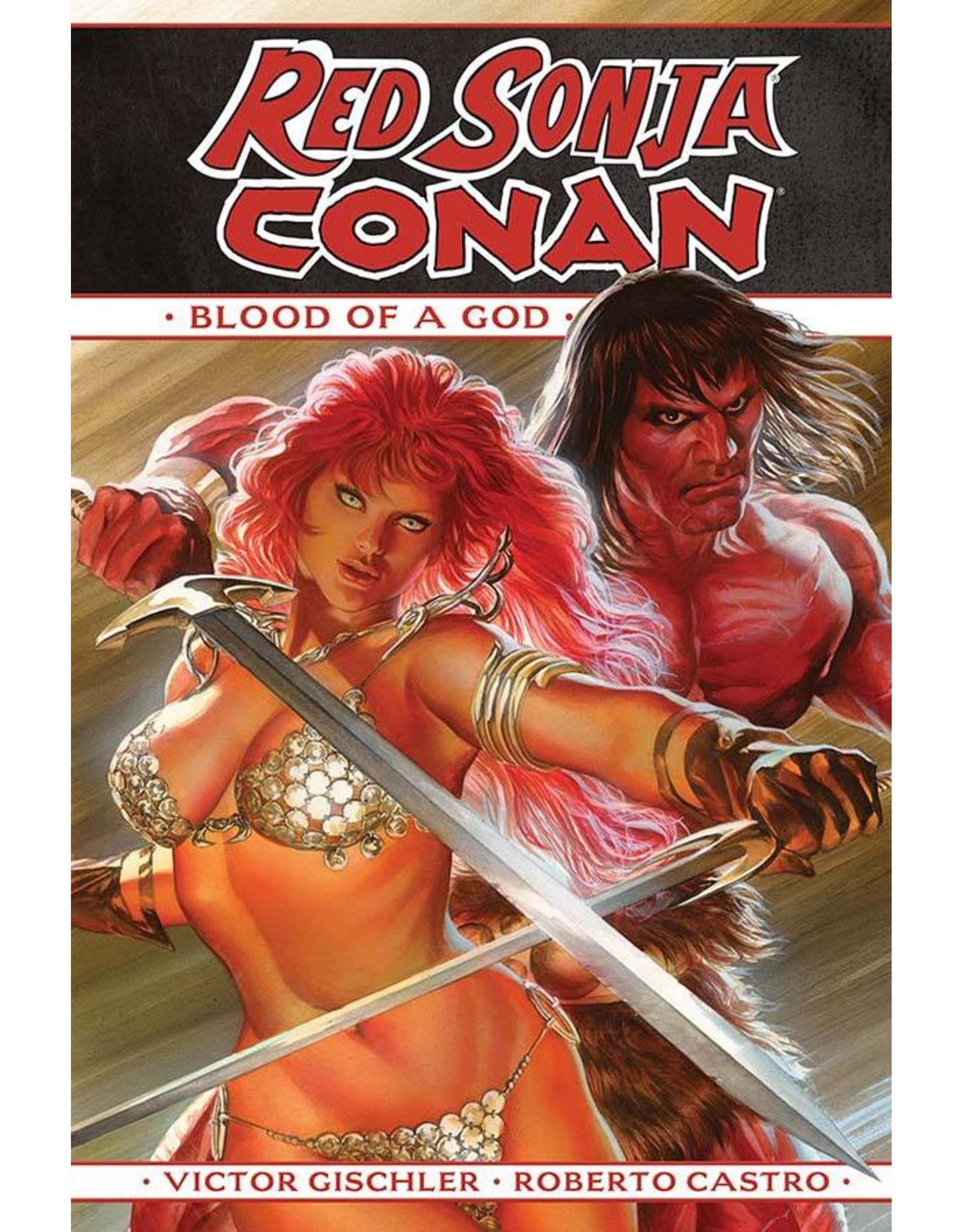 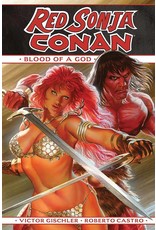 Red Sonja, the fiery She-Devil with a Sword. Conan, the relentess barbarian from Cimmeria. The two legendary heroes of the Hyborian Age are reunited once more, captains in a mercenary army drawn together to wage war on an evil sorcerer. With good swords at their side and loyal men at their backs, Sonja and Conan believe themselves more than capable of defeating Kal'Ang, an ambitious herbalist whose power resides in Blood Root experimentation. But little do they know, a shadow of the past has returned, a foe both familiar and fearsome... and whose secret goal is nothing short of divinity!