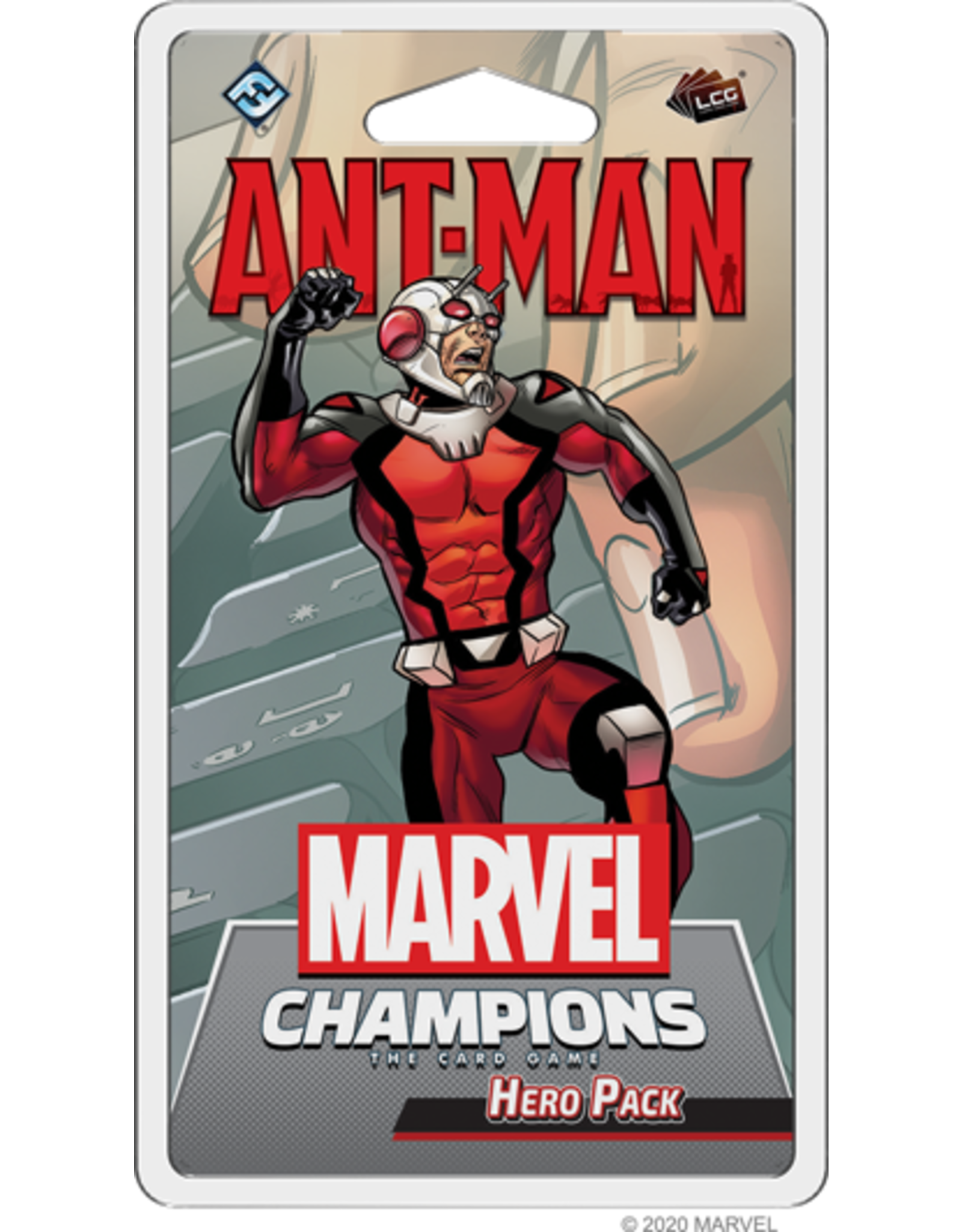 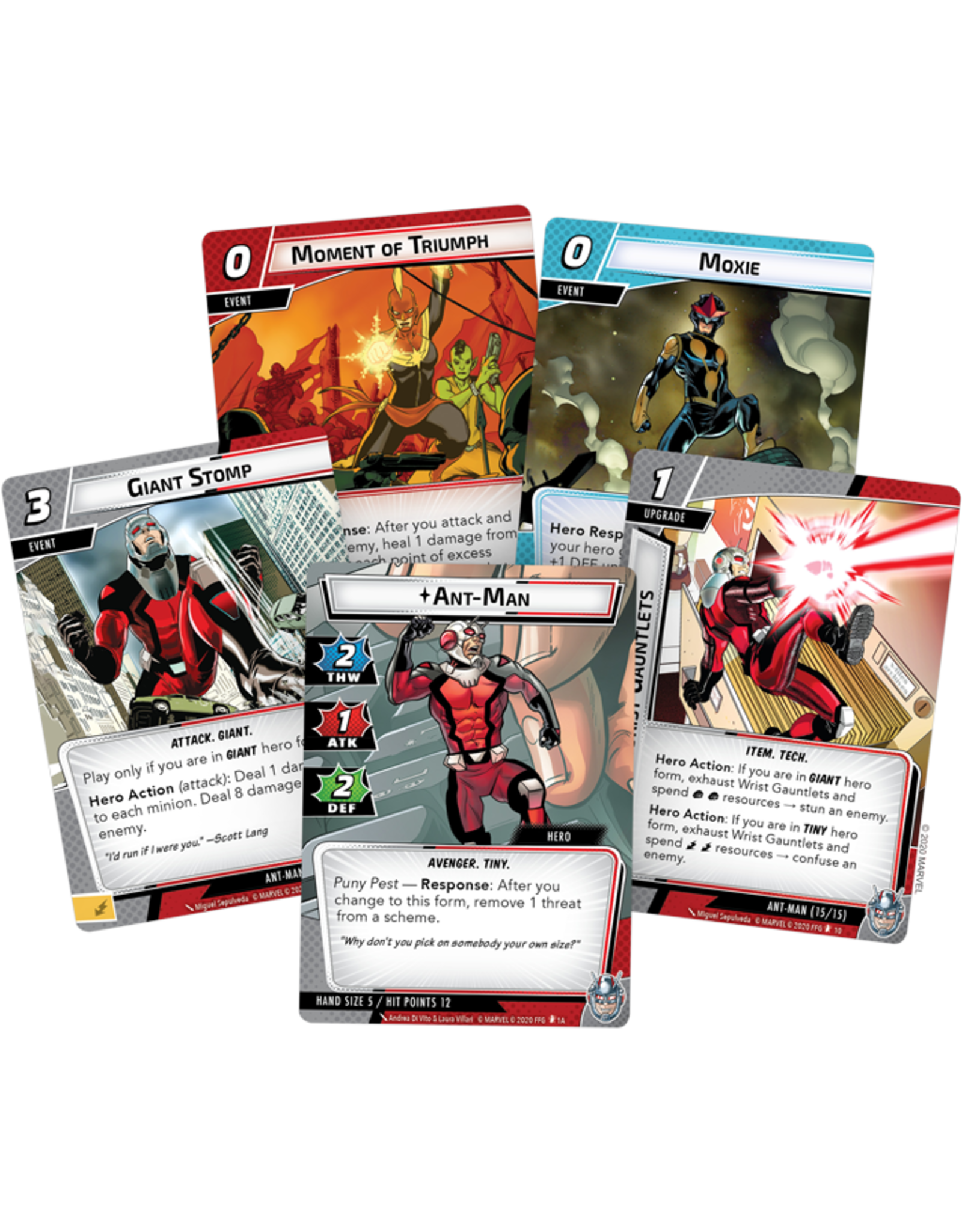 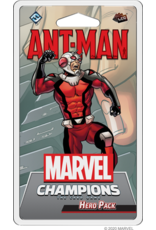 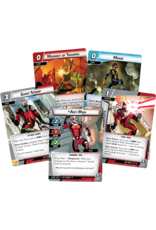 When his daughter Cassie contracted a serious illness, Scott Lang drew on his checkered path as a thief and stole the Ant-Man suit to get his daughter the help that she needs. Now, Scott wears the Ant-Man suit full-time, and whether he’s growing to gigantic sizes or fighting alongside his armies of ants, he’s ready to take down the villain wherever they may be lurking.

If you want to change your form at every opportunity, then Ant-Man is the ideal hero for you. Like every Hero Pack, the Ant-Man Hero Pack offers a 40-card pre-built deck that’s ready for you to play straight out of the box, featuring Ant-Man and the Leadership aspect. And of course, you’ll also find plenty of cards for any hero to use if you prefer to construct your own decks.

As a hero, Ant-Man is known for his size-changing powers, and that’s aptly represented in Marvel Champions by making Ant-Man the first hero to feature two different hero forms—one Tiny and one Giant. With an innovative design featuring a hero card that can unfold to become an appropriately giant-sized card, Ant-Man is sure to have an imposing presence on your table to match his size within the game.

You’ll also quickly notice that Ant-Man’s abilities reward you for changing forms as often as possible. Flipping to the Tiny version of Ant-Man lets you remove one threat from any scheme, transforming into your Giant Ant-Man lets you deal a damage to any enemy, and switching back to Scott Lang lets you automatically heal a damage! In addition to unique abilities, it’s also notable that Ant-Man has different stats based on his size, so he’s much better at thwarting schemes while Tiny and attacking enemies while Giant. By Resizing, Ant-Man is sure to get the upper hand on villains of any size.

Your size also comes into play with many of Ant-Man’s signature cards. Pym Particles is a resource that offers a valuable kicker effect that changes based on whether you’re in Giant or Tiny form. Similarly, Ant-Man's Helmet mirrors those effects, but lets you heal damage or draw a card every time that you change into one of your hero forms! Alternatively, you can fire your Wrist Gauntlets, spending resources to inflict a status effect that changes based on your size. 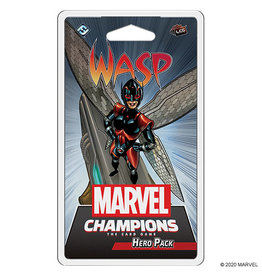 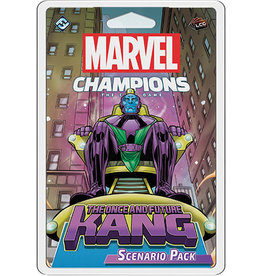 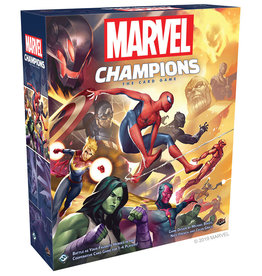 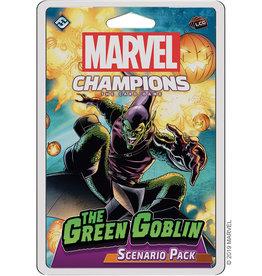