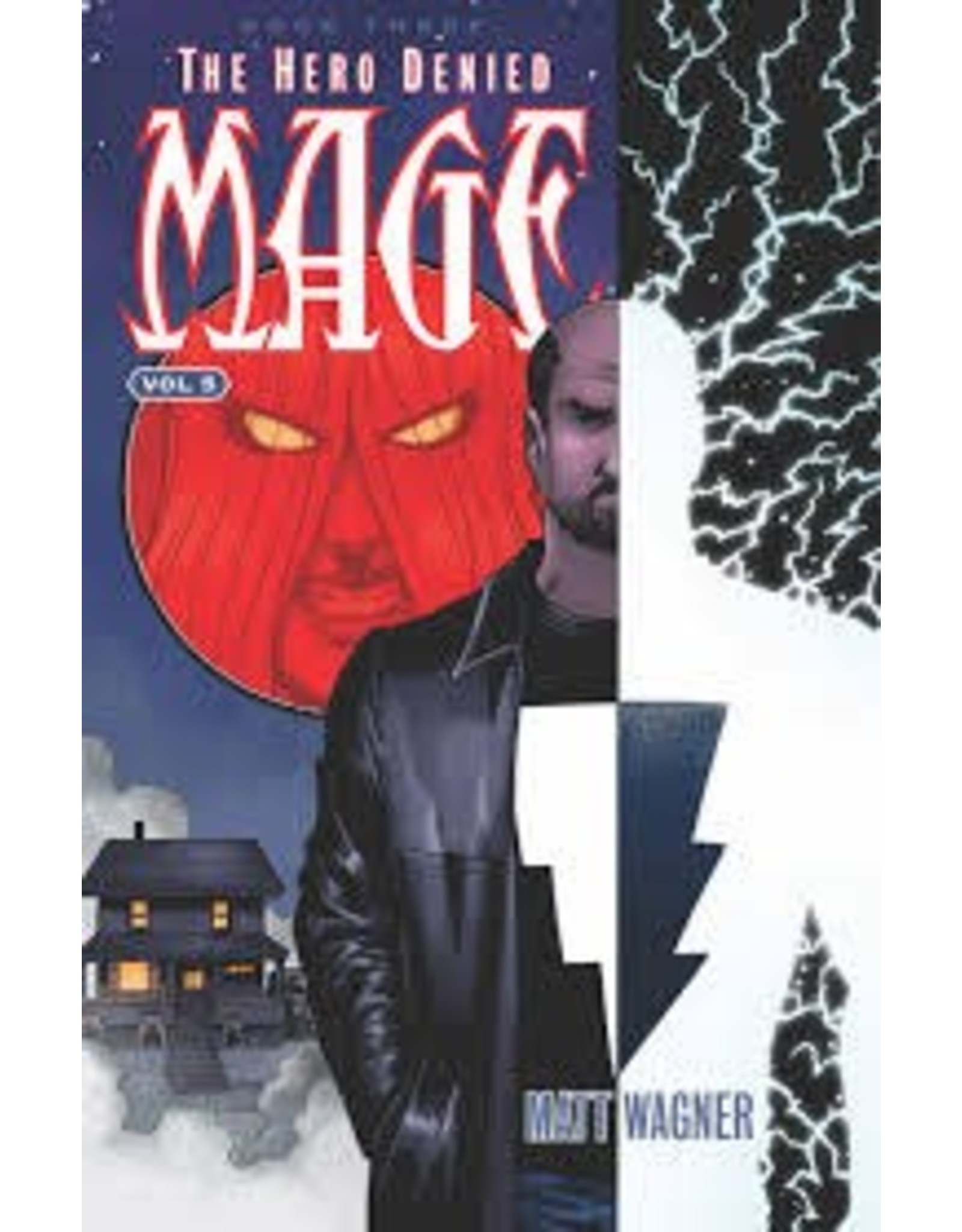 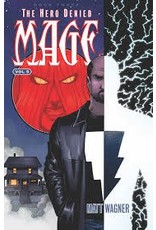 The fifth of six volumes collecting MATT WAGNER's epic, modern-day fantasy trilogy, MAGE: THE HERO DENIED is the long-awaited conclusion to the saga of the reborn Pendragon, Kevin Matchstick. Almost a decade has passed since the events of MAGE: THE HERO DEFINED, and the story finds our reluctant hero having abandoned his role. Now married to the witch Magda and father to two young children, Kevin strives to stay removed from the supernatural struggle that could threaten his family's safety. Unfortunately, dark and familiar forces conspire to flush him out of hiding, forcing the Pendragon to summon the power that is his legacy and once again draw the mystic weapon Excalibur!