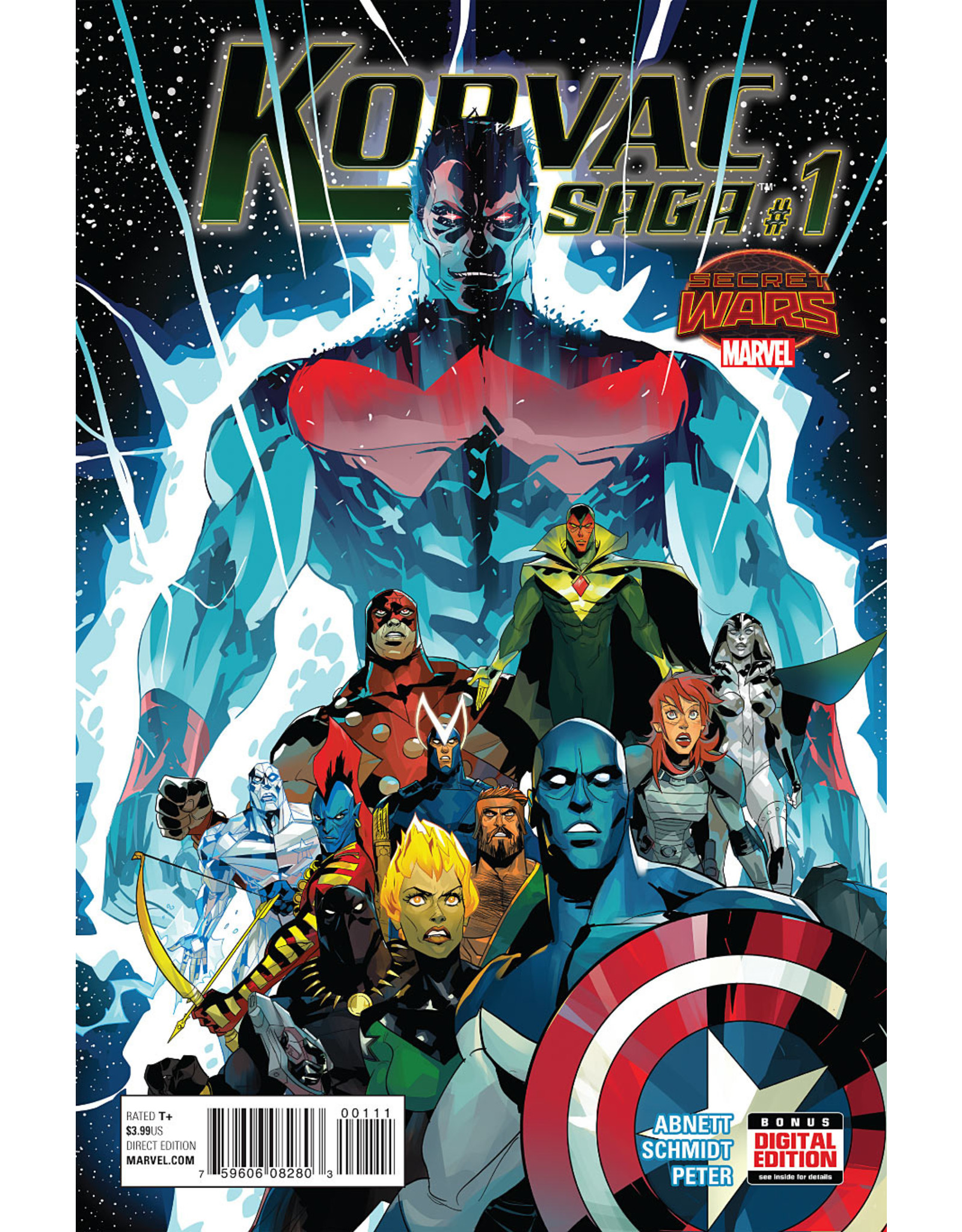 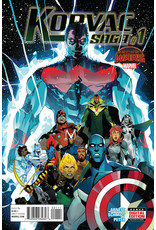 The Guardians come face-to-face with the 21st-century Guardians of the Galaxy! Stranded in the present, the 31st-century Guardians finally locate the anomaly that's ripping the timestream apart. But preventing it is something else altogether! Then, after the incursions end and Battleworld is formed, Michael Korvac governs the Forest Hills - but his domain is threatened by chaotic forces from beyond the Wall, and a dark madness spreading through the population. Korvac's loyal Guardians must find the source of the evil before it corrupts the new world they live on! When Korvac's rival the Wonder Man moves against him, deploying his Avengers in an effort to seize power, only the Guardians stand in the way of this ruthless power play - and a terrible, world-shattering secret will be discovered. Collecting GUARDIANS 3000 #6-8 and KORVAC SAGA #1-4.
Rated T+