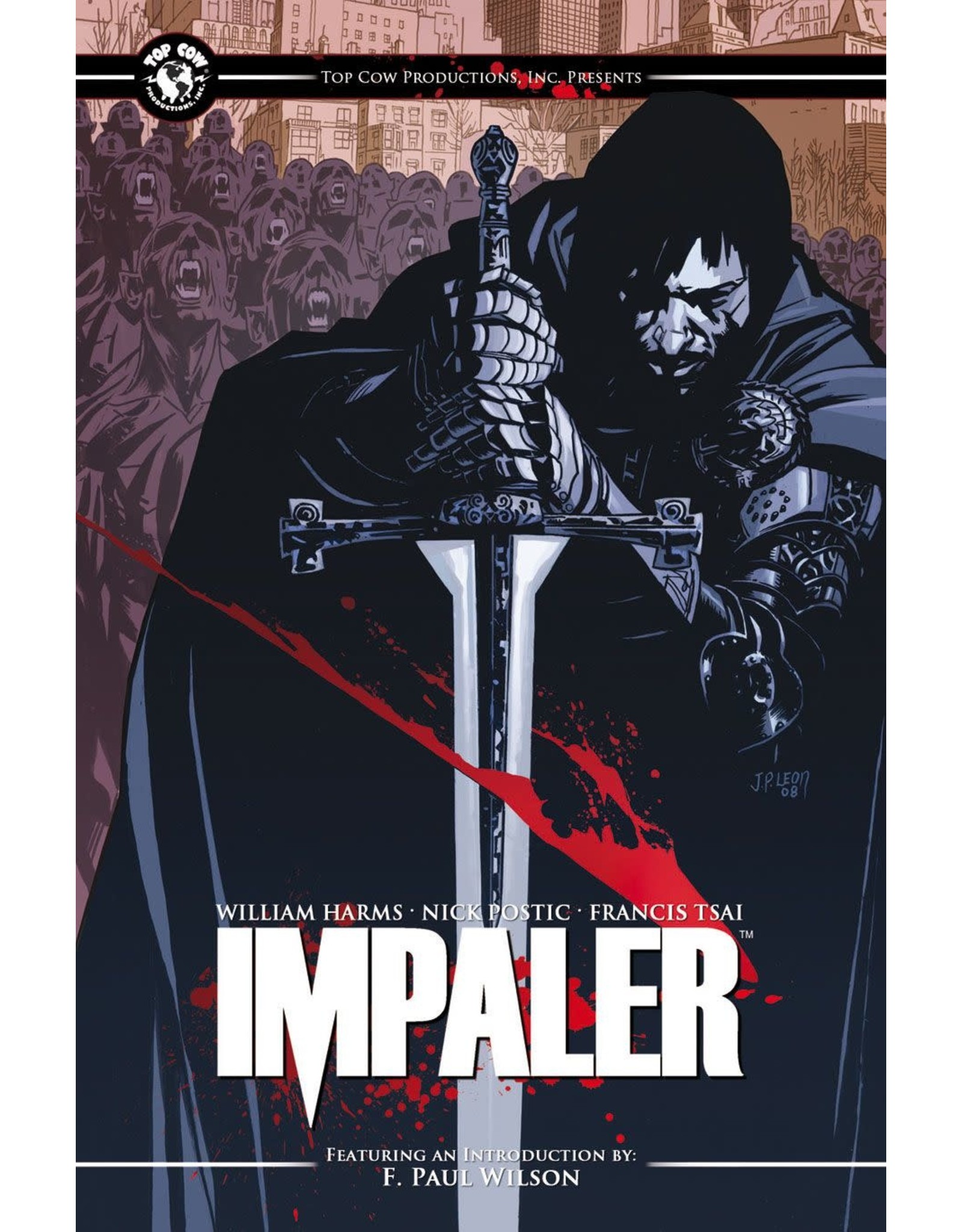 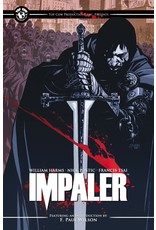 This brilliant reimagining of the vampire myth is collected for the first time and includes the never- seen -before final three parts of the initial storyline. When one of the worst blizzards in modern history descends upon New York City, the blinding snow and wind are the least of the city's problems. For hidden in the weather is a growing army of ravenous vampires, and humanity's only hope lies with Vlad Tepes, the "historical Dracula."
IMPALER has received accolades from countless sources, including RUE MORGUE magazine, AIN'T IT COOL NEWS, CINESCAPE, IGN COMICS, and others. IMPALER was also a finalist for the prestigious International Horror Guild Award.