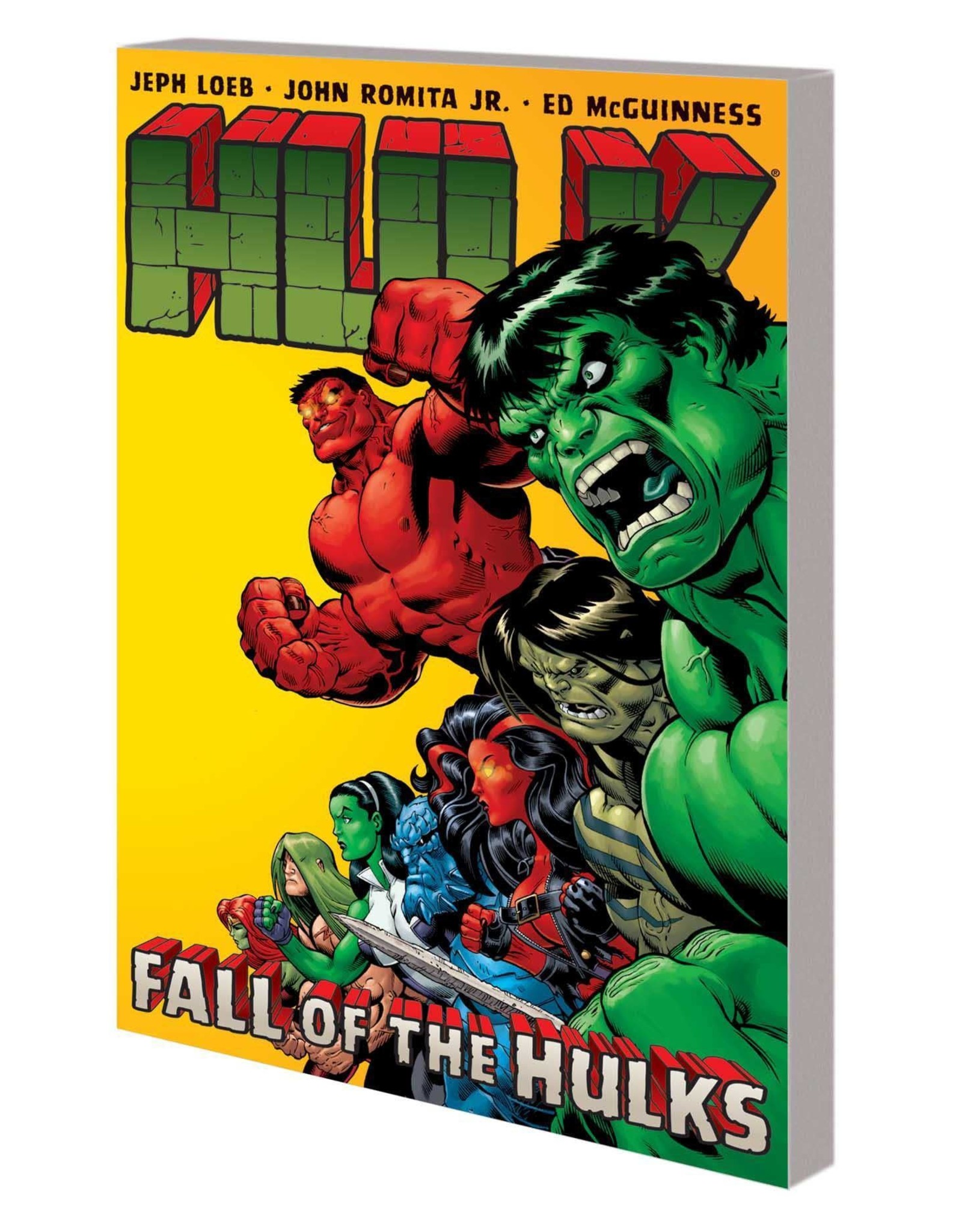 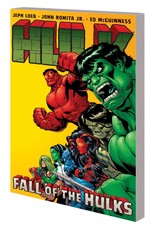 Written by JEPH LOEB
Penciled by ED MCGUINNESS
Cover by ED MCGUINNESS
HULKS. WILL. FALL. But who will take the biggest fall of all? The Red Hulk and Bruce Banner form an uneasy alliance to defeat a conspiracy bent on taking down the U.S. Government. But will they destroy each other before they can triumph? Guest-starring Thor, Captain America, the X-Men, Black Panther, the Fantastic Four and more, FALL OF THE HULKS starts with the death of a Hulk legend and ends with the most mind-bending twist that fans won't see coming!  Collecting HULK #19-21 and FALL OF THE HULKS: GAMMA.