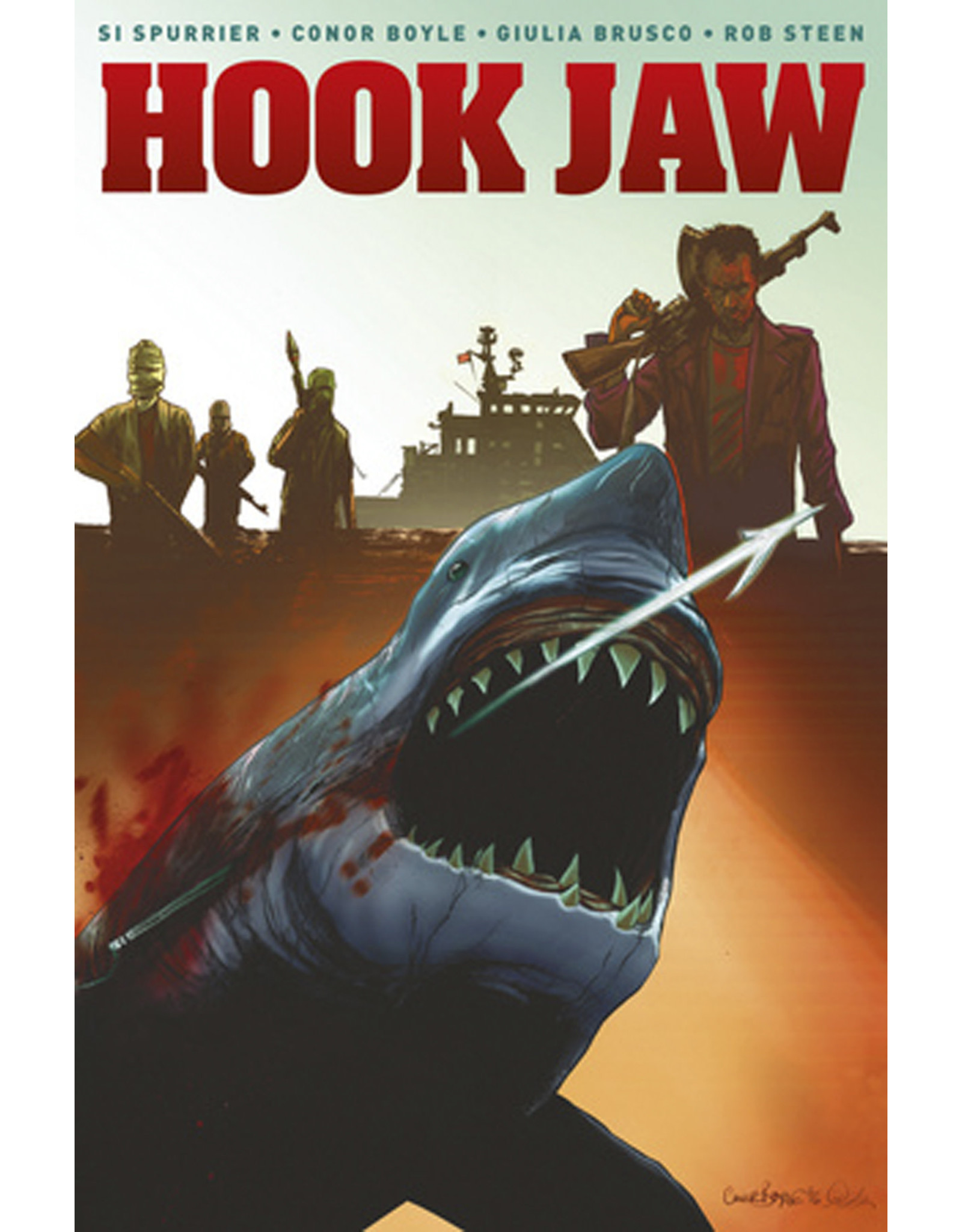 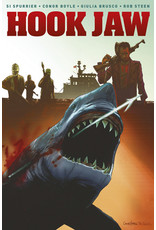 Hookjaw brings back the eponymous Great White shark from the classic strip in the well-remembered 1970s boys anthology comic Action, and created by writer Pat Mills (2000AD, Slaine, ABC Warriors, Nemesis the Warlock). The iconic and controversial comic series Hookjaw returns in an all-new series! The seas off the coast of Africa are the setting for an action-packed, visceral tale of the Great White shark that is a relentless force of nature! Research scientists, the U.S. military, Somali pirates... all of them may feel they're the hero of the story, but they have reckoned without the near-mythical Hookjaw!