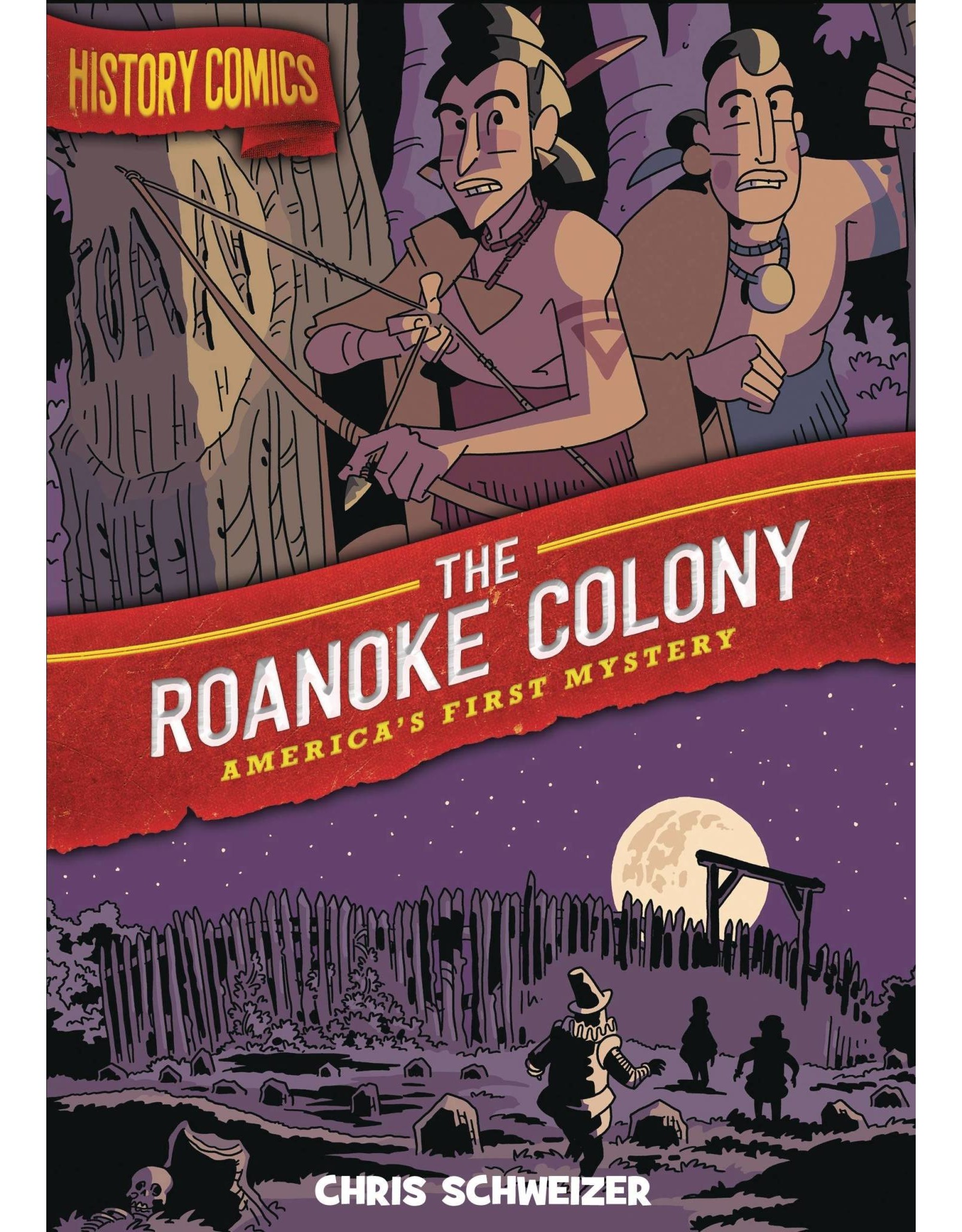 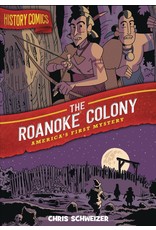 Turn back the clock with History Comics! This volume of First Second's new nonfiction series introduces readers to America's first mystery, the disappearance of the Roanoke Colony.  In this volume, turn the clock back to 1590. A century before the Pilgrims, the first English settlers established the colony of Roanoke. But without warning, all its inhabitants abandoned their homes and disappeared without a trace. Can you separate fact from fiction and solve this mystery filled with brutal battles, perilous pirate ships, ruthless queens, and enough skeletons to fill a graveyard?