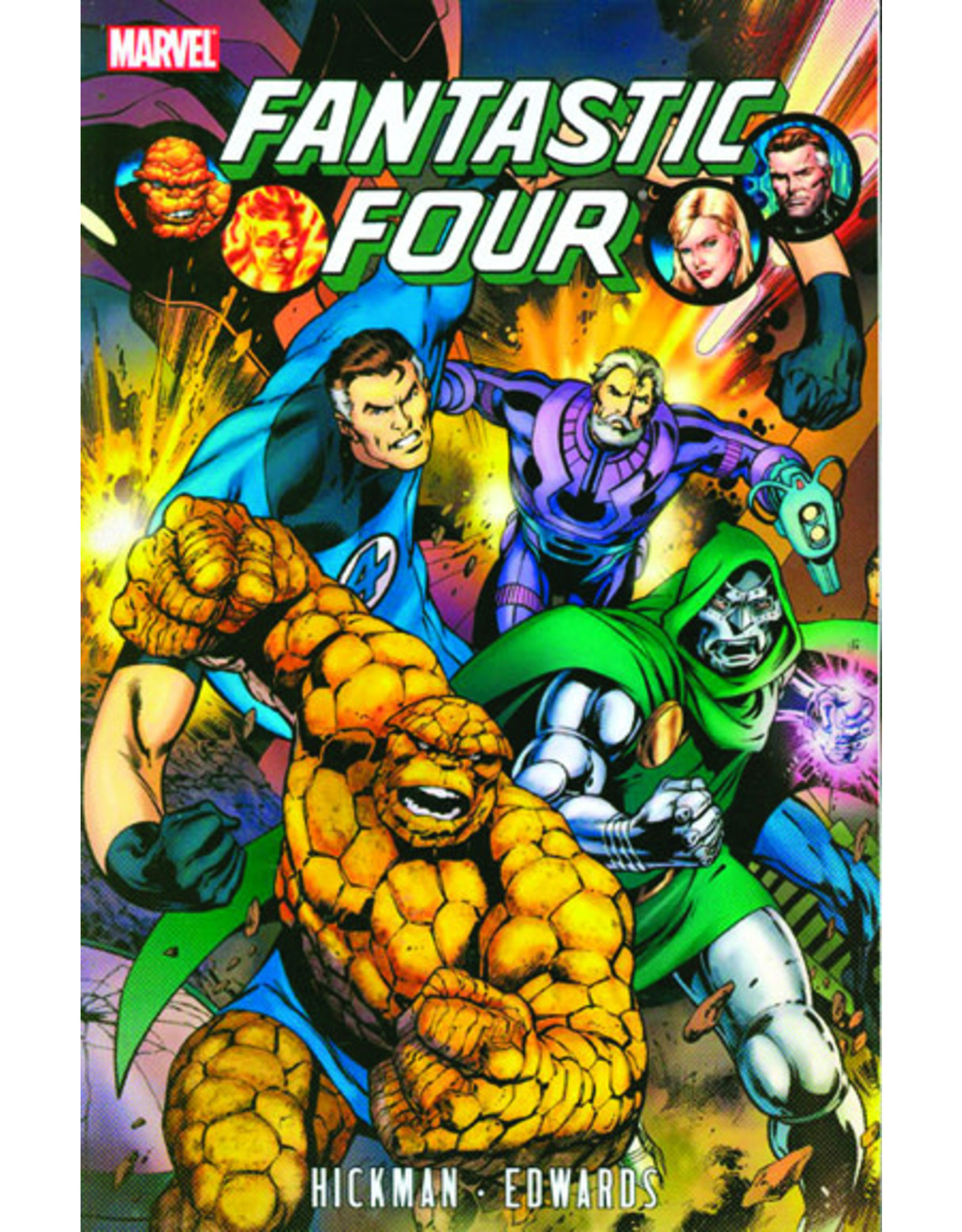 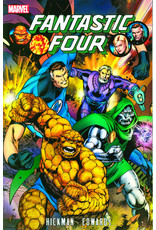 Jonathan Hickman ushers the Fantastic Four into the Heroic Age! Reed Richards assembles a band of genius youngsters to help him speed up progress in mankind's pursuit of tomorrow. Susan Richards travels between the newly discovered Four Cities as Earth's diplomat to civilizations rumored to soon be at war with each other. Johnny Storm takes Franklin on a trip to the toy store - and runs into its peculiar proprietors: the irrepressible Impossible Man and the villainous Arcade! And Ben gets an earful from Val and her Future Foundation: We have a cure, and it will work. In short, it's just another day for Marvel's First Family! Meanwhile, a most fantastic, multiverse-hopping adventure unfolds as Reed, Ben and - of all people, Doom - are called to the rescue of his father, Nathaniel, the victim of a dimension defying mass murderer that won't be stopped! But what part will Val and Franklin play in this strange plot? Collecting FANTASTIC FOUR #579-582
112 PGS./Rated A