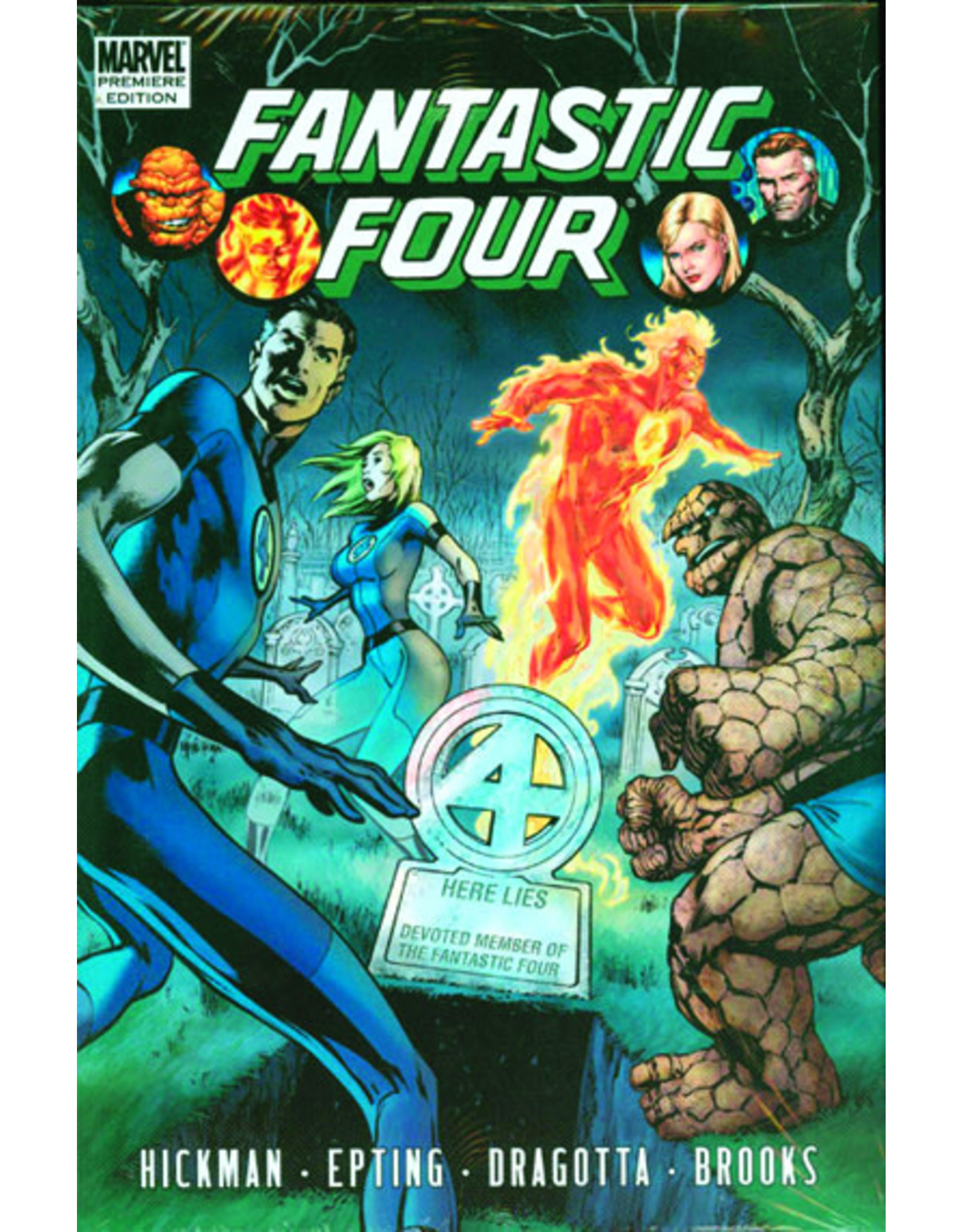 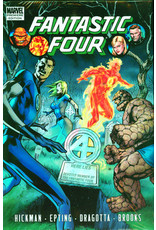 Now joined by artist Steve Epting (CAPTAIN AMERICA), Jonathan Hickman's tenure on FANTASTIC FOUR hits critical mass! The War of Four Cities has begun - and when it's run its course, one member of the Fantastic Four will have breathed their last! Change is in the air as the World's Greatest Comic Magazine lives up to its motto! Featuring the return of Doctor Doom and Galactus, a trip to Nu-World, the Old Kings of Atlantis and Namor, the all-new Yancy Street Gang, the day the Thing becomes human again, and more! Collecting FANTASTIC FOUR #583-588.
160 PGS./Rated A