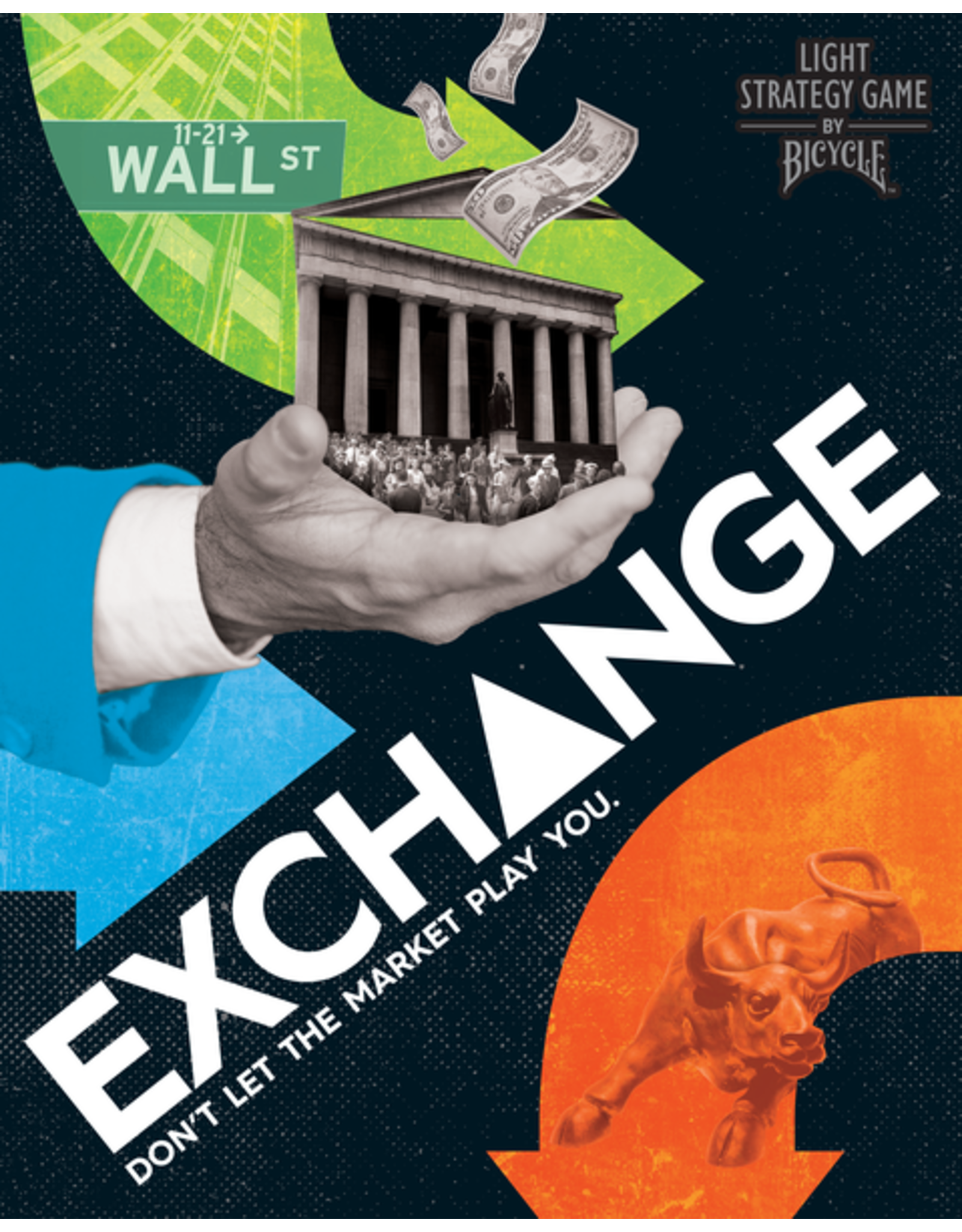 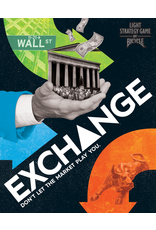 The year is 1792, and you and 23 New York City stockbrokers just signed the Buttonwood Agreement. In a few short years, this group of brokers would be known as the New York Stock Exchange, one of the greatest and most influential pillars in the global economy.

Exchange is a stock trading game of strategy and wit. Players carefully plan their strategy, phase by phase, trying to cash in big in a constantly changing market. However, playing the market is only half the battle- the only thing harder to predict than the stock market might just be the players sitting at the table with you. The one who can best match wits with their opponents will reign victorious in this fast-paced battle of social elite.