DEFENDERS OF THE REALM HERO EXPANSION #2 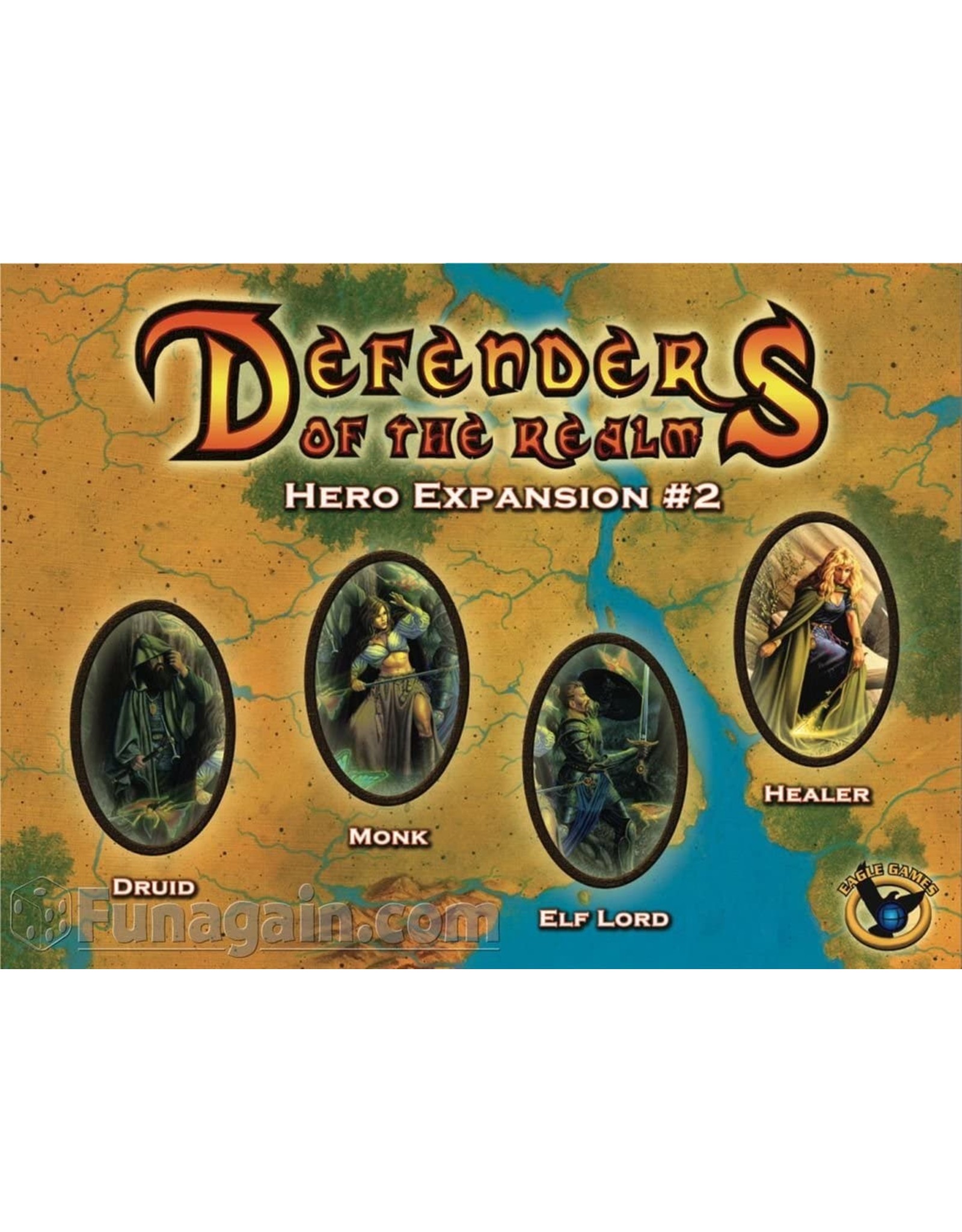 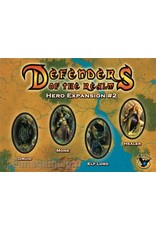 This is an expansion for Defenders of the Realm
The base game is required to play.

• Healer: The Healer, although she does not sound particularly powerful, has some very interesting and magical skills. Not only can she spend actions to Heal three wounds to Heroes at her location including herself (especially useful if losing a battle to a General), she automatically heals one wound to all Heroes at the end of her turn if on a location with them. Couple this with the ability to use minion's energy at tainted locations to heal the land and her Walk in the Light ability to ignore a General's combat abilities and you have a very valuable hero to add to your team.

• Druid: The Druid is very powerful in wooded areas (Green Locations) and a strong healer of the tainted land. His "One with the Earth" ability keeps him safe from enemies when in the woods and his ability to summon woodland creatures at any Green Location to attack Minions (even when he is not present) is extremely useful in keeping Orcs and Imps under control.

• Elf Lord: The Elf Lord knows the secret pathways through forests, enabling him to travel swiftly through all green locations. His mastery of Elf Magic enables him to assist himself (or other heroes) with a re-roll of one die each round, and his ability to ambush Minions and Generals in combat makes him a strong warrior in support of the realm.

• Monk: The Monk, a wanderer on some sacred quest for her order, is a master of the Martial Arts, enabling her to land a fury of blows with her staff on the unfortunate minions and Generals she encounters. Additionally, she uses the same training to defend herself against attacks. Her spiritual conditioning and wandering nature provide her with an additional Quest opportunity at all times as she is always holding two Quest Cards.