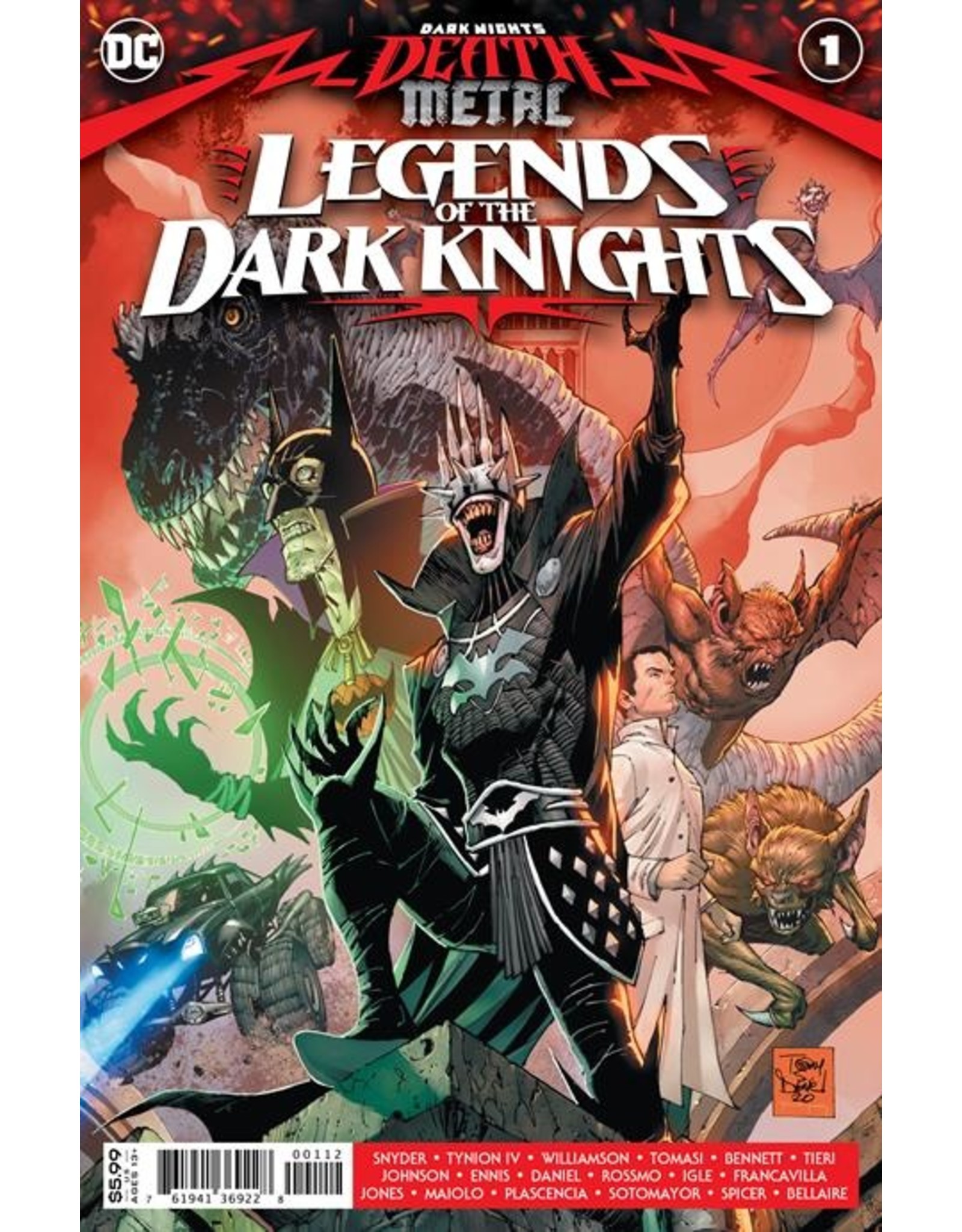 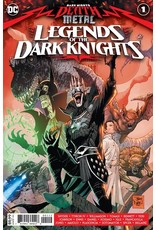 The DC Universe has become engulfed by the Dark Multiverse, where demons dwell and reality is overrun by monstrous versions of the Dark Knight, all ruled by the Batman Who Laughs. In this collection of short tales, learn the terrifying secrets of these new Bats out of hell and other creatures of the night like Robin King, whose origin is just the worst! Plus, read about the secret buried beneath Castle Bat, the sentient Batmobile, and...how did Batman turn into a dinosaur?