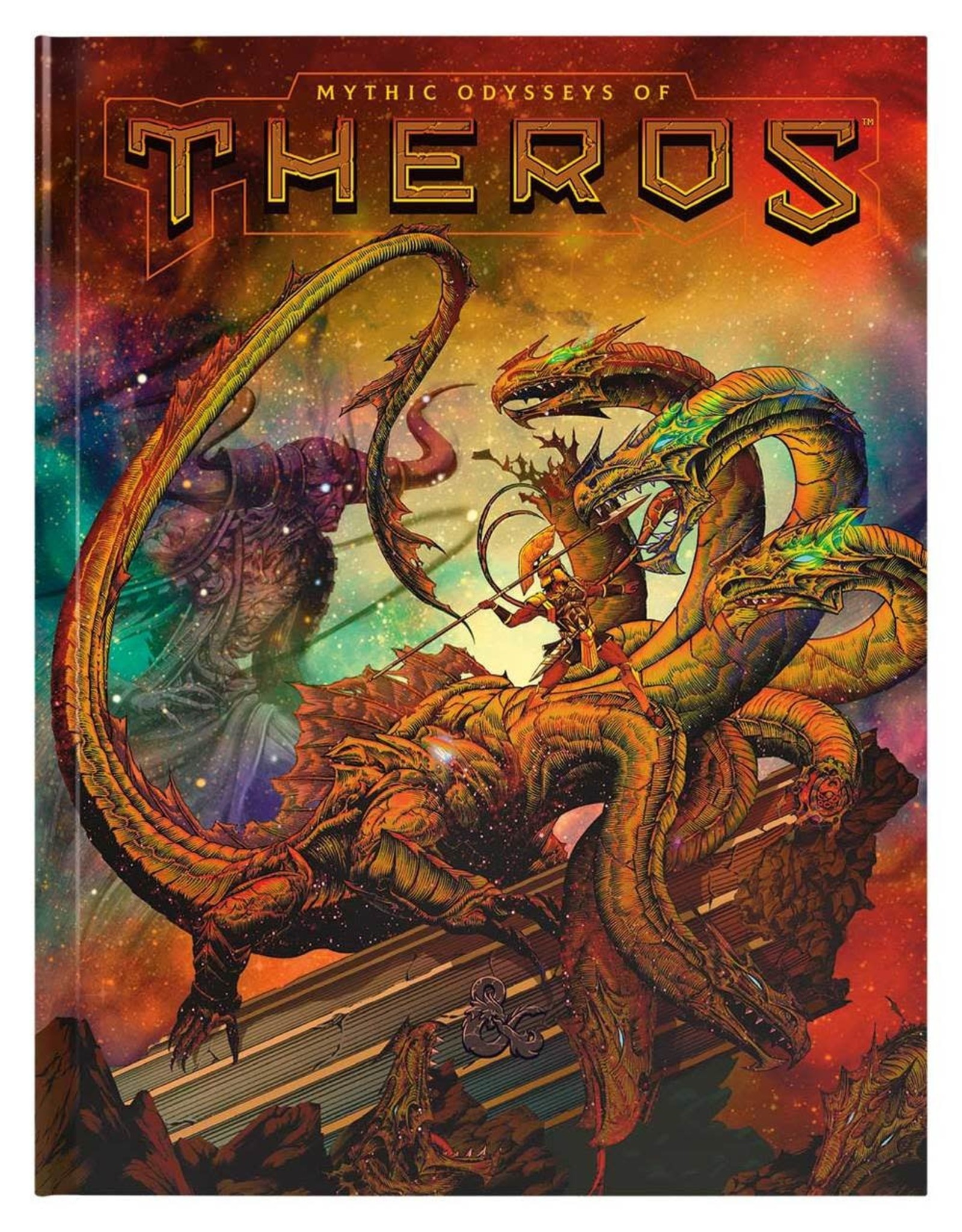 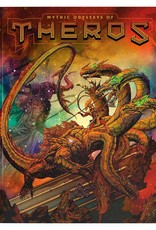 An alternative cover with a distinctive design and soft-touch finish available exclusively in game stores.

Clash with the gods of Theros in this campaign sourcebook for the world’s greatest roleplaying game.

Legends walk the lands of Theros, a realm shaped by deities and the deeds of heroes. From the temples of omen-speaking oracles to the five realms of the Underworld, the champions of the gods vie for immortal favor and a place among the world’s living myths.

Choose a supernatural gift that sets you on the path of destiny, align yourself with one of Theros’s fifteen gods, then carve a tale of odysseys and ordeals across the domains of mortals, gods, and the dead.

What legends will you challenge—mighty heroes, inevitable prophecies, or titans imprisoned by the gods? Where will destiny and immortal schemes lead you? And what tales will you leave behind, celebrated in the pantheon of myths and writ among the eternal stars? 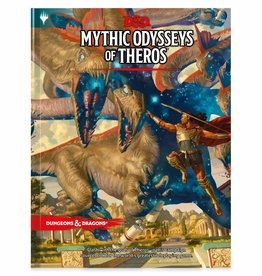 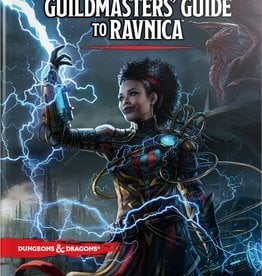 Explore a worldwide cityscape filled to the brim with adventure and intrigue in this campaign setting for the world’s greatest roleplaying game.
Add to cart
D&D GUILDMASTERS GUIDE TO RAVNICA
$49.95 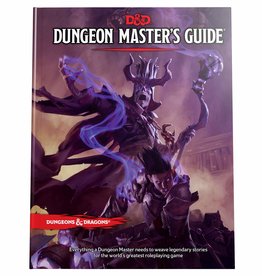 The Dungeon Master’s Guide teaches you how to how to run D&D adventures for your players— how to invent monsters for them to fight, mysteries for them to solve, and fantasy worlds for them to explore.
Add to cart
DUNGEONS & DRAGONS RPG 5TH EDITION/NEXT DUNGEON MASTERS GUIDE
$49.95 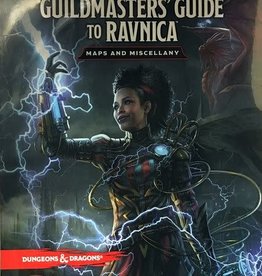 This durable folder includes twenty cardstock sheets designed for use with dry-erase markers and pens.
Add to cart
D&D GUILDMASTERS GUIDE TO RAVNICA MAPS AND MISCELLANY
$24.95 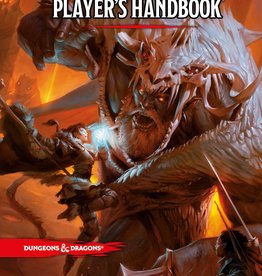 The Player’s Handbook is the essential reference for every Dungeons & Dragons roleplayer. It contains rules for character creation and advancement, backgrounds and skills, exploration and combat, equipment, spells, and much more.
Add to cart
DUNGEONS & DRAGONS 5TH EDITION PLAYER'S HANDBOOK
$49.95