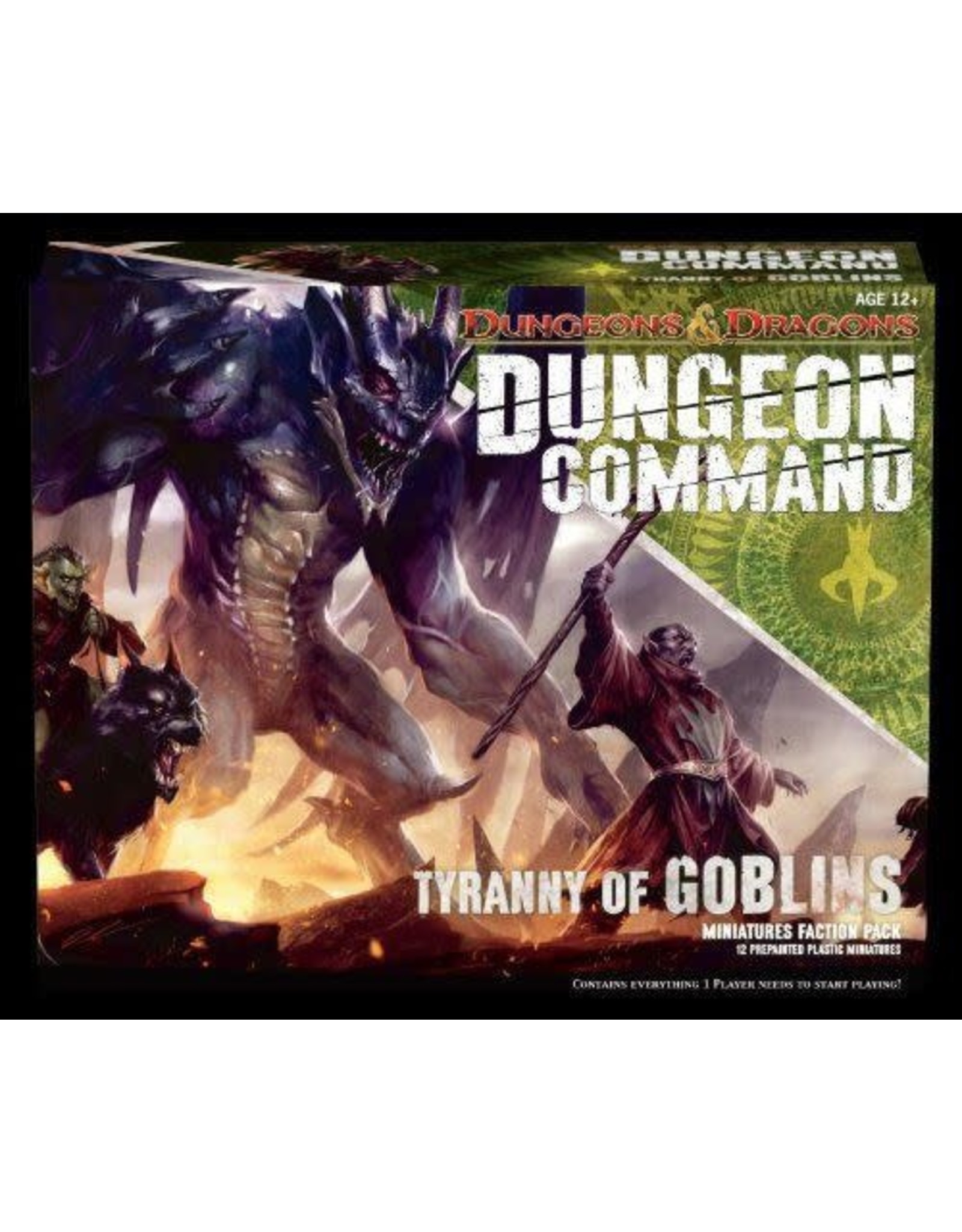 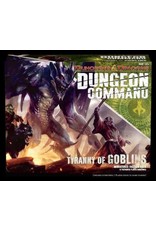 Dungeon Command: Tyranny of Goblins is a card-driven skirmish game played on modular interlocking map tiles that uses order cards, creature cards and miniatures. The object of the game is to have the highest remaining Morale when an opposing warband's Morale has been reduced to 0 or below, or if a player ends his or her turn with no creatures on the battlefield.

As a player, you take on the role of a commander, sending a warband to battle the forces arrayed against you. You recruit troops and deploy them on the battlefield. You issue orders to those creatures, outfit them with spells and equipment, and direct their tactics to break the morale of your enemies and drive them from the field.

Dungeon Command: Tyranny of Goblins includes twelve miniatures, such as a horned devil, a troll, a bugbear, hobgoblins, and goblins. While each Dungeon Command faction is meant to be played by a single player, quick-start rules allow two players to engage in a shortened version of the game using only one box. Dungeon Command is designed for two players, although up to four can play with a few adjustments explained under the advanced rules.