D&D 5TH ED: THE WILD BEYOND THE WITCHLIGHT - A FEYWILD ADVENTURE PRE-ORDER

Home / D&D 5TH ED: THE WILD BEYOND THE WITCHLIGHT - A FEYWILD ADVENTURE PRE-ORDER 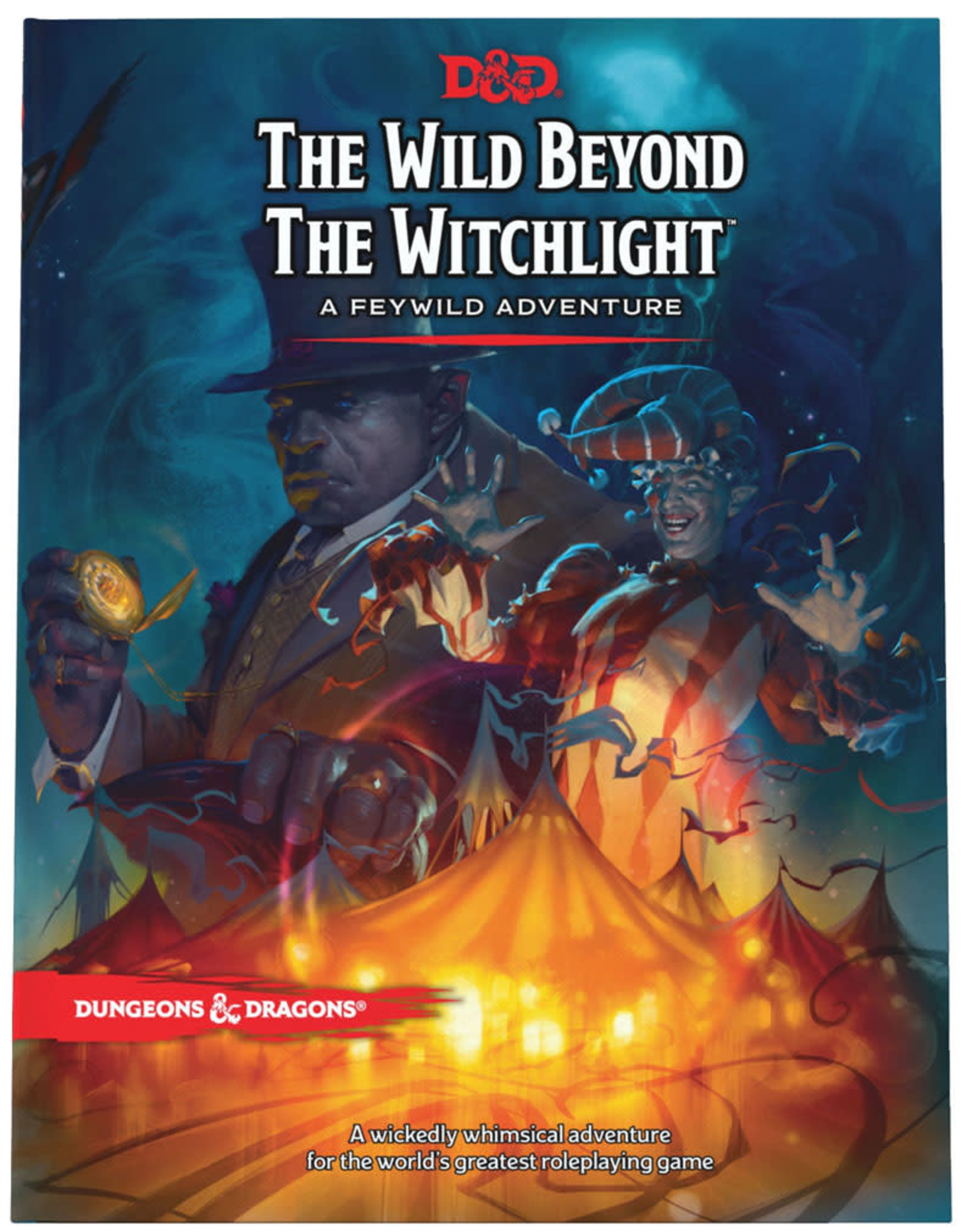 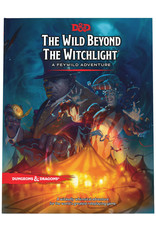 Something Wicked This Way Comes

Pass through the silvery mist and into the Feywild—a place of wonder and whimsy ruled by unfettered emotion.

With strange customs, fantastical creatures, uncanny bends in time and space, and colorful characters as capricious as they are charming—in the Plane of Faerie, you should expect the unexpected.

The first official Dungeons & Dragons adventure to be set primarily in the Feywild—The Wild Beyond the Witchlight is an enchanting, frolicsome adventure for characters levels 1–8.

Alternatives to Combat for Every Encounter

One of the many novelties of this adventure is that the characters can accomplish their goals without resorting to combat—but only if they're clever. They can fight their way through the adventure as well, but the odds won't always be in their favor.

Rewarding both brains and brawn—characters receive experience points for achieving milestones rather than defeating monsters.

Play as a fairy—flying on insectile wings and casting bits of mischievous fairy magic. Fairies each have a unique characteristic—whether its shimmering, multicolored skin or smelling like fresh brownies.

Or play as a harengon—a race of humanoid rabbitfolk who embody the spirit of freedom and travel. Their keen senses and powerful legs help them easily hop away from danger in a fight.

The Feylost Background—having disappeared from their home plane as a child, a character with the Feylost background grew up in the Feywild, gaining some insight into the nature of the mercurial tricksters that dwell there.

The Witchlight Hand Background—play a character who crept into the Witchlight Carnival as a youth, joining an eccentric collection of individuals who work behind the scenes, and may partake of the carnival’s many wonders for free.

Kit out your character with a selection of trinkets appropriate for Feywild-themed adventures, whether it’s a croquet set sized for pixies and sprites, a spool of glistening silver thread, or a pumpkin cupcake that magically regenerates each day at dawn.

Easily dropped into any campaign—this adventure begins in the world of your choosing, with characters visiting the magical Witchlight Carnival. Hidden somewhere within the carnival is a crossing to Prismeer—a Feywild Domain of Delight.

Characters are free to explore the carnival as they please and partake in its many attractions—whether it’s riding in the Giant Snail Race, trying their hand at Almiraj Ring Toss, or entering the mysterious Hall of Illusions.

The Feywild domain of Prismeer is divided into three splinter realms—Hither, Thither, and Yon—each wildly different from the others. In Hither, adventurers will journey through a fog-shrouded swamp filled with weird, haunting creatures.

Passing through the mists into Thither, they’ll find a sun-spotted primeval forest filled with curious woodland flora and fauna. And in Yon, they’ll venture through a dramatic realm of rocky peaks, where shadows take on a life of their own—finally journeying to the twilit Palace of Heart’s Desire.

This adventure contains a Story Tracker that Dungeon Masters can use to keep track of story developments, important information, and party accomplishments. Events that happen in earlier chapters may give characters advantages later in the adventure.

Roleplaying cards are also included—each providing roleplaying notes for a DM-controlled character who appears in the adventure. Dungeon Masters can photocopy these cards, cut them out, and keep them in a handy stack behind their DM screen for quick reference.

In case you should encounter the dreaded jabberwock, happy-go-lucky mushroom-like creatures called campestris, or even well-known characters from Dungeons & Dragons history, like Warduke and Kelek—stat blocks are provided to make combat easy to run.

You’ll also find descriptions of extraordinary magic items that lie waiting to be discovered, from potions to pixie dust!