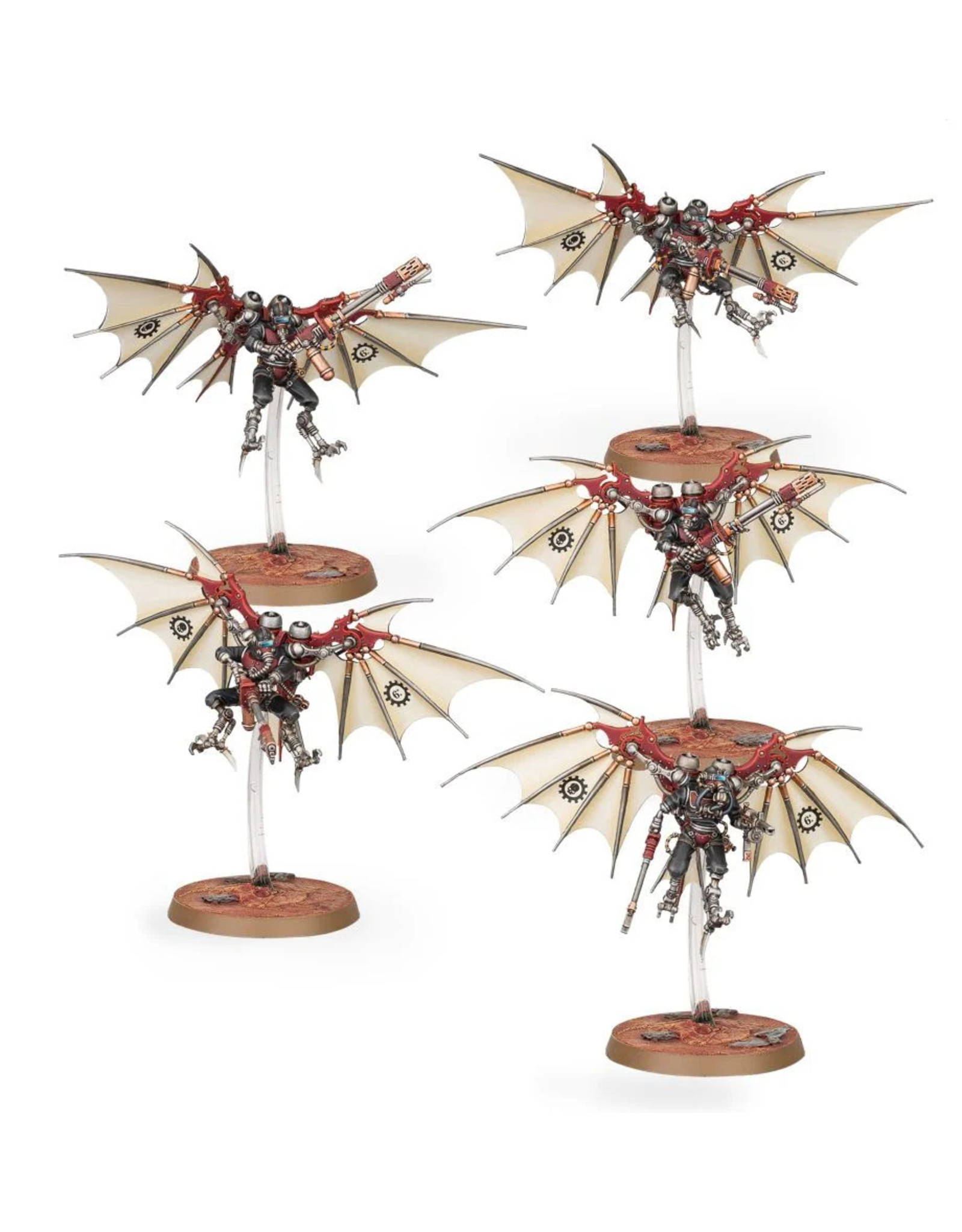 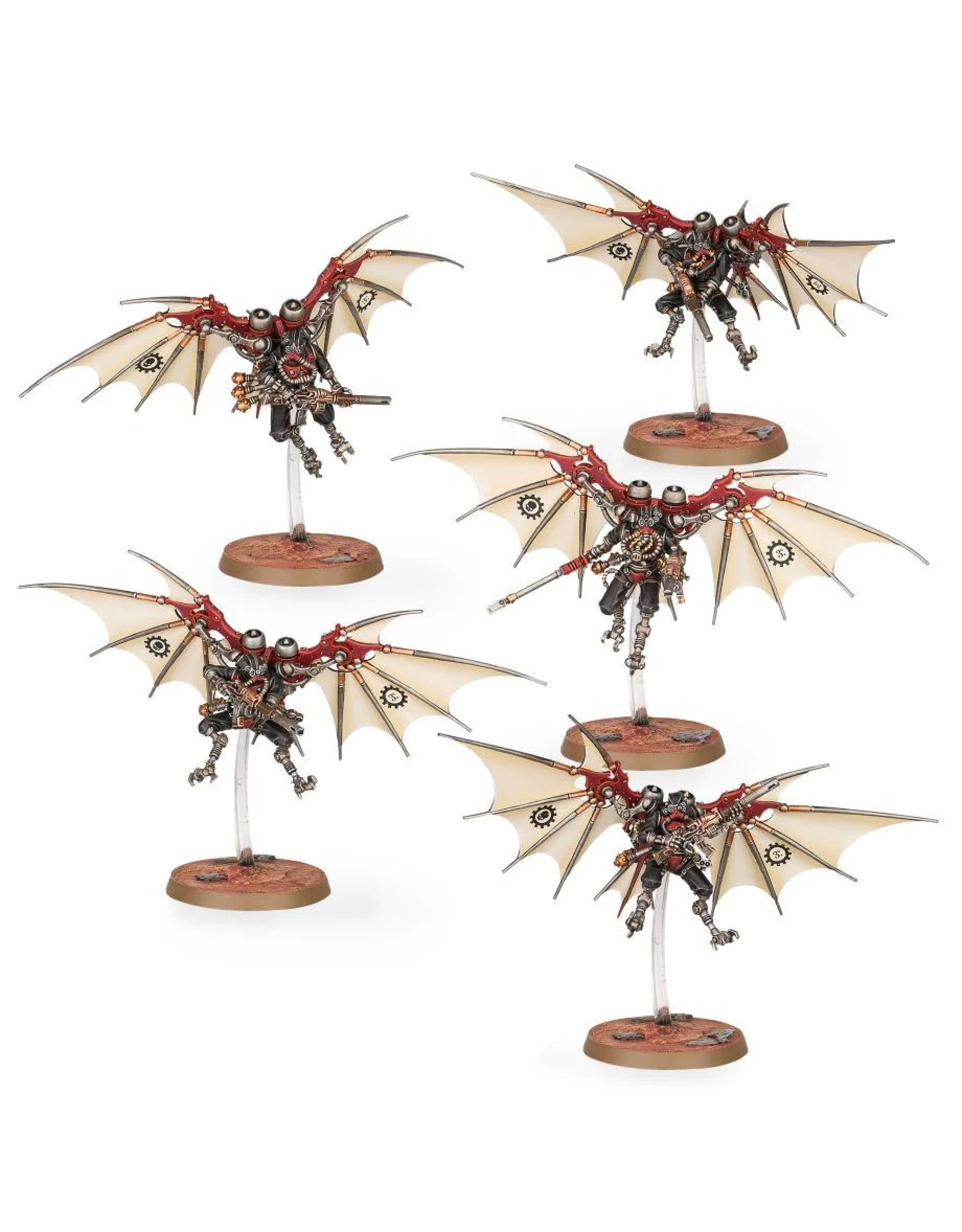 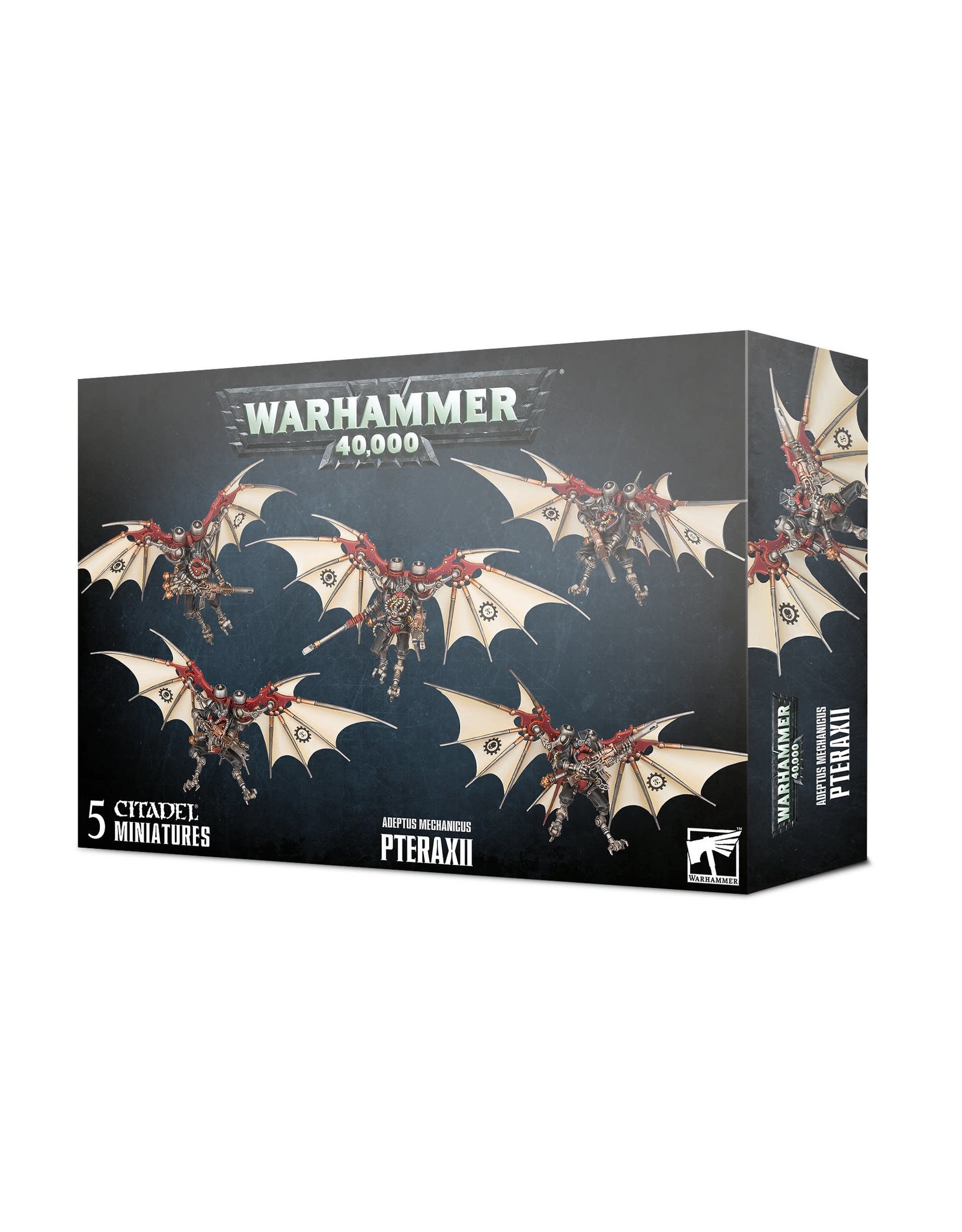 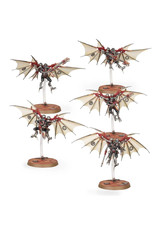 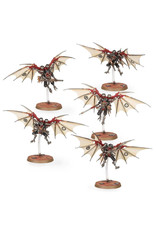 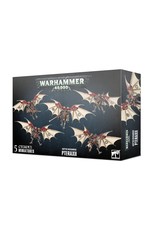 One of many specialised castes of cyborg warriors available to the Adeptus Mechanicus, the Pteraxii are optimised for instinctive reaction and agility. Pteraxii’s reflexes are accentuated by paring back elements of cogitation that impede their primary function. Implanted with additional limbstumps – scapuli superior – on their back, a flight pack of thrusters and reactive life surfaces is connected to them. The flight packs become part of the Pteraxii, who serve in several roles. Skystalkers find optimal vantage points from which to pick off their targets – whether isolated battlefield marks or feral psyber familiars and servo-cherubim – with flurries of razor-sharp flechettes.

Pteraxii Skystalkers are armed with flechette carbines, enabling them to unleash a withering storm of solid shot at their enemies from a safe distance. The unit's Alpha is instead equipped with a flechette blaster and taser goad. They offer superb anti-infantry fire support, but they also carry braces of arc grenades which they can drop among the enemy as they soar overhead.

This kit can alternatively be used to build a unit of Pteraxii Sterylizors instead, meaning that regardless of which unit you assemble, you'll end up with plenty of spare components for customising your collection.

Pteraxii Sterylizors bear phosphor torches, deadly long-barrelled flamer weapons, and swoop down upon their prey to gouge and tear them with their Pteraxii talons. The unit's Alpha is instead equipped with a flechette blaster and taser goad. They will make an excellent close support unit for your advancing Skitarii.

This kit is supplied in 115 plastic components and is supplied with 5 Citadel 40mm Round Bases and flying stems. Also included is an Adeptus Mechanicus transfer sheet.

This kit can alternatively be used to build an Archaeopter Transvector or Archaeopter Stratoraptor instead, meaning that regardless of which unit you assemble, you'll end up with plenty of spare components for customising your collection.
Add to cart
WH 40K - ADEPTUS MECHANICUS ARCHAEOPTER
$100.00