CASTLES OF THE WORLD COLORING BOOK 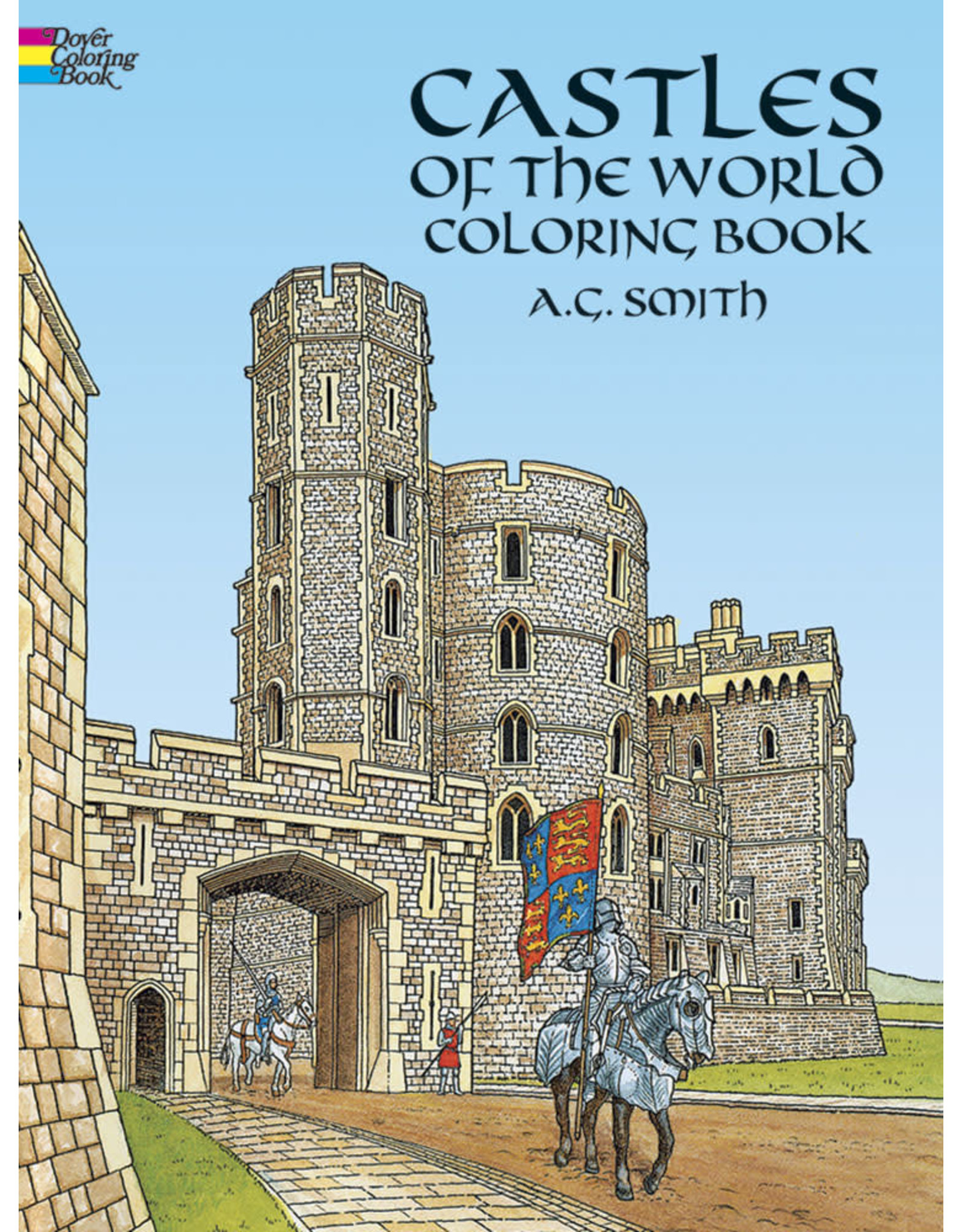 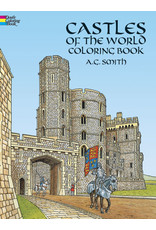 This carefully researched coloring book offers a fascinating pictorial survey of castles in varying styles from Great Britain, France, Italy, Spain, Portugal, Germany, and other countries, including Japan. You'll find meticulously accurate depictions — ready for coloring — of 31 magnificent structures, from the early English motte-and-bailey strongholds to the romantic nineteenth-century royal residence at Neuschwanstein, built for King Ludwig II of Bavaria.
The finely detailed drawings — each printed in authentic detail on a full page or two-page spread — appear in roughly chronological order and illustrate the architectural development of the castle from the primitive tower on the hill of the eleventh century to the sophisticated Norman castle of the mid-thirteenth century, to later structures that represented a shift from fortress to residential castles. Colorists are invited to re-create the appearance of such famed castles as Windsor and Caernarvon (Great Britain), Blarney (Ireland), the Segovia Alcázar (Spain), Krak des Chevaliers (Syria), Hochosterwitz (Austria), Provins and Pierrefonds (France), and many more. Identifying captions provide concise background information on each structure's history, construction, and inhabitants.
This attractive volume offers not only hours of educational entertainment for colorists of all ages but a fascinating glimpse of the history and architecture of the medieval era.