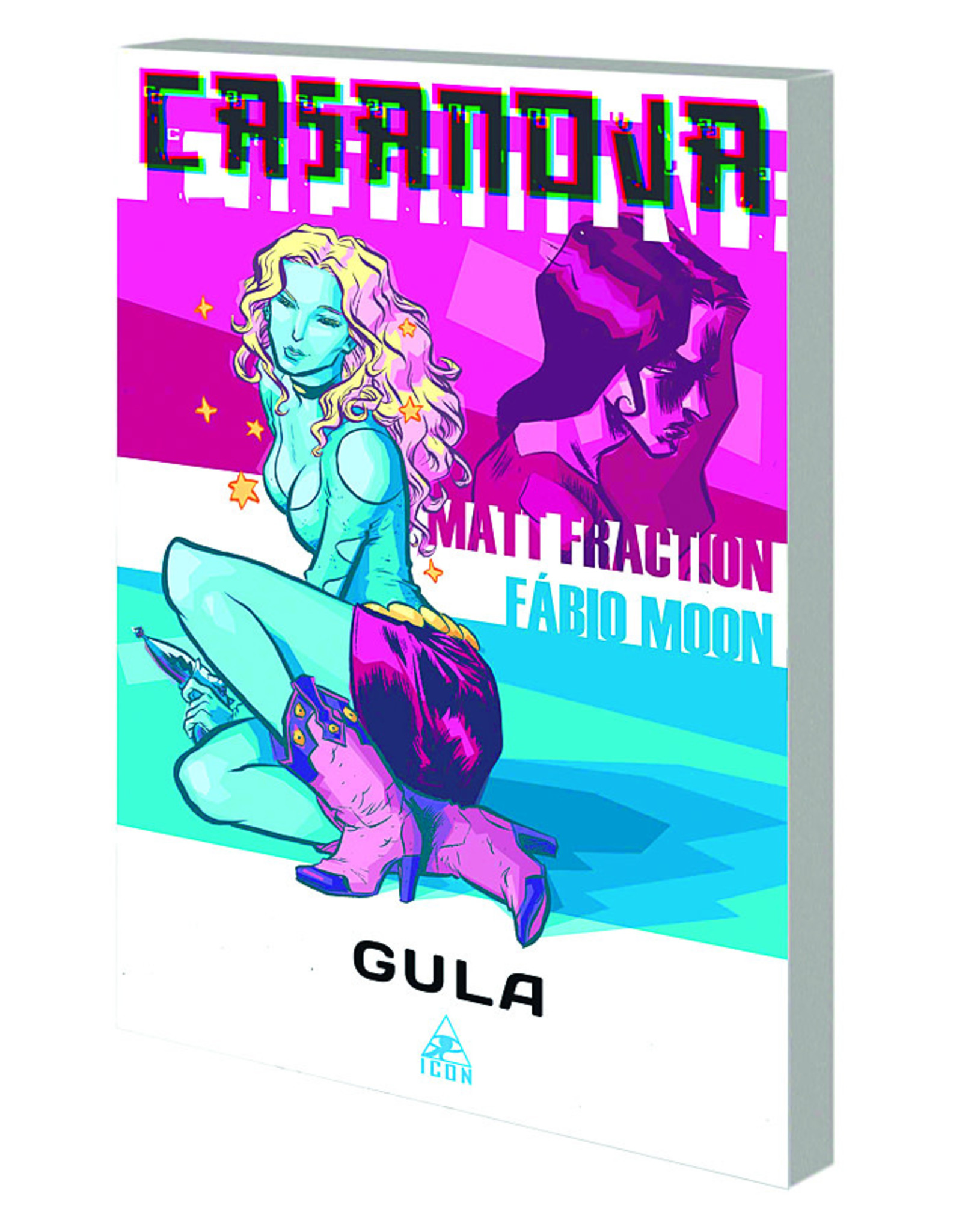 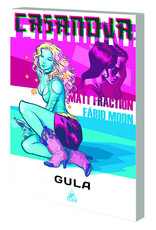 Casanova Quinn is a secret secret agent, and a pawn in a game of espionage-chess played by his father Cornelius and the forces of E.M.P.I.R.E. against all the bad guys in the whole wide world. When a mission goes haywire and Casanova disappears, all hell breaks loose across the span of the space-time continuum itself. As archrival Newman Xeno conspires to break both the laws of man and physics, the fabric of all-that-is begins to fray. Clearing the way for that delightful little Armageddon is Casanova's twin sister, Zephyr, killing her way through a blood-soaked hit list that ends with their father. All this as a super-vixen from the future scrambles to unravel the mystery at the heart of it all: WHEN IS CASANOVA QUINN?  The sex is sexier and the violence is violent-ier in this, the second breathtaking volume of CASANOVA, the comic that Entertainment Weekly calls "Sexy... gripping and darkly funny." Collecting CASANOVA: GULA #1-4.
160 PGS./Mature