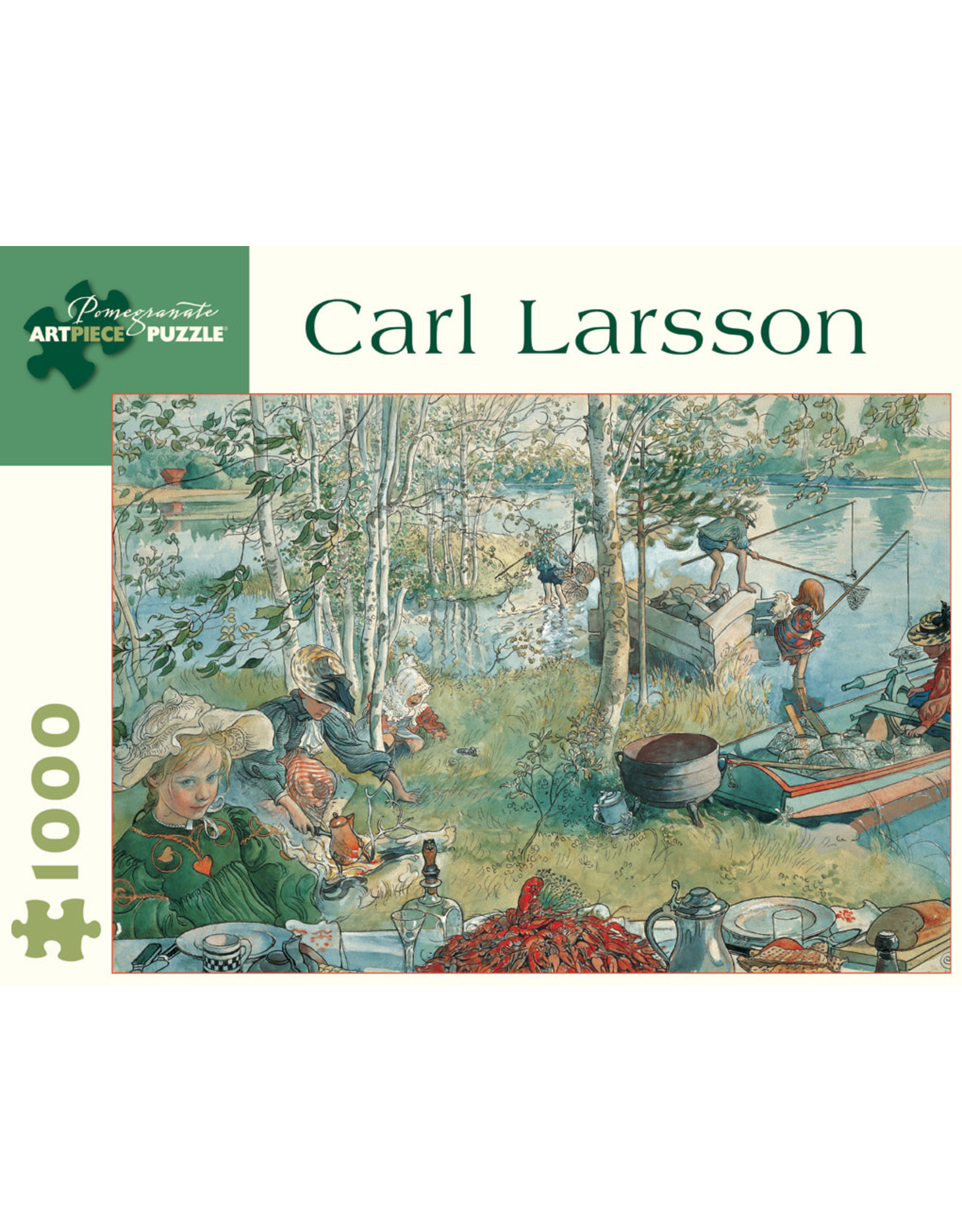 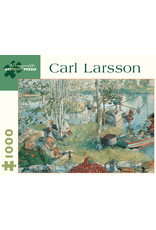 Born into poverty, Carl Larsson earned a scholarship at the Stockholm Academy of Fine Arts and supported himself in commercial illustration. His career in fine art, in which his ambitions tended toward the monumental and allegorical, was lackluster, but this changed when he met his future wife, artist Karin Bergöö. Under her influence he began to produce light, bright watercolors, modest in scale and subject. Karin’s father gave the newlyweds a small cottage in the rural village of Sundborn, and as their family expanded, the Larssons lavished energy on remodeling and decorating their home. Carl delighted in rendering the cottage and its inhabitants in loving, lighthearted watercolors that document the family’s idyllic country life. Crayfishing is one in a series of these paintings titled Ett hem (A Home), which was published in book form in 1899.