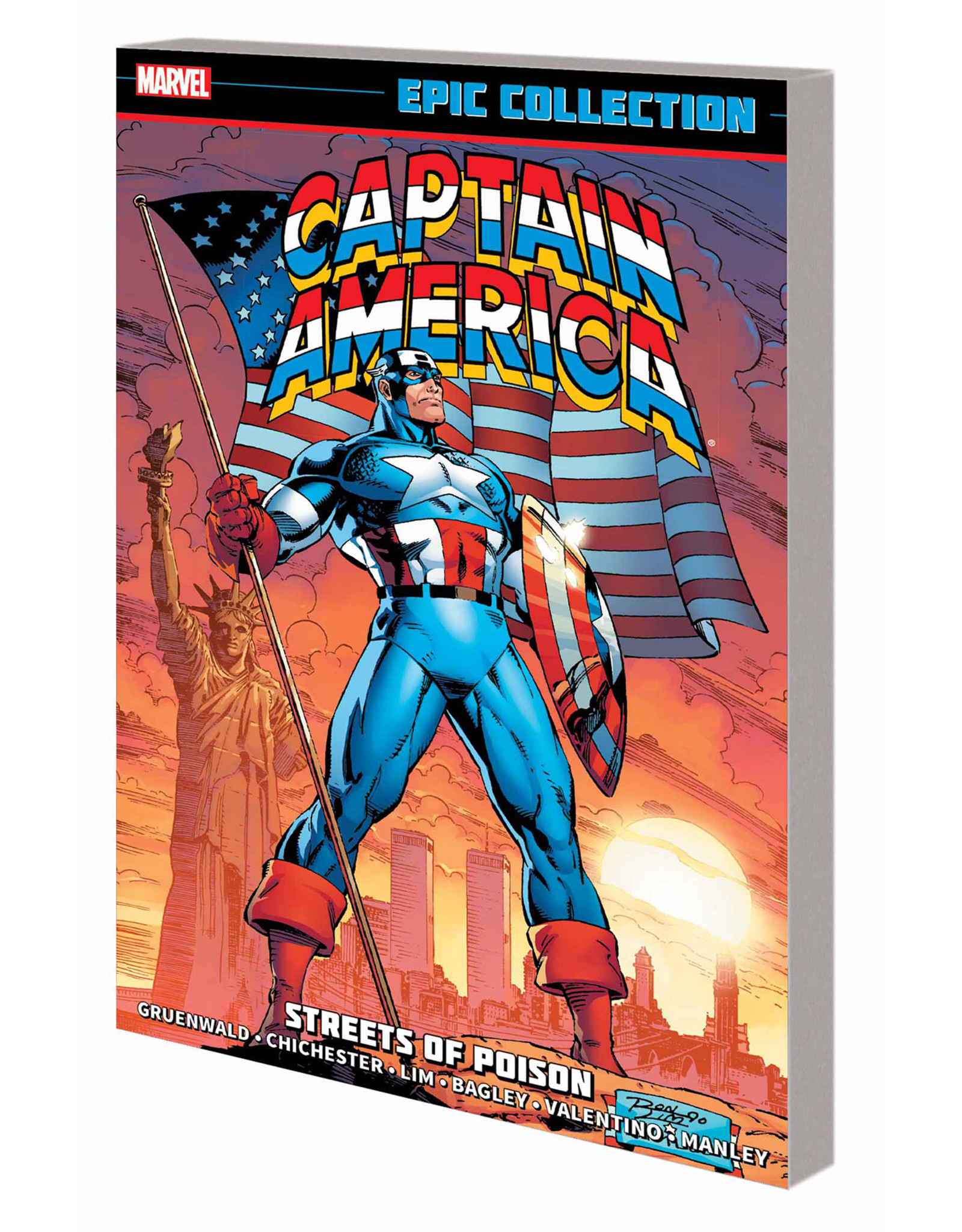 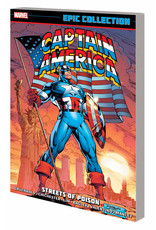 Captain America joins the war on drugs! When Cap targets the gang that's selling the new designer narcotic Ice, he receives an accidental overdose that combines with the Super-Soldier Serum in his blood. Left permanently enraged, a volatile shield-slinger finds himself in the middle of a street war between the Red Skull and the Kingpin. With deadly villains Crossbones and Bullseye on each side, Cap will need to rely on his friends. But the Ice-induced rage is alienating him from allies like Daredevil and the Black Widow - and even his girlfriend, Diamondback. Steve must get free of the powerful drug, but it will come at a cost. Will he be fit to celebrate his 50th anniversary - or to face the Serpent Society, the Watchdogs and...Iron Man?! Collecting CAPTAIN AMERICA (1968) #372-386 and ANNUAL #9-10.