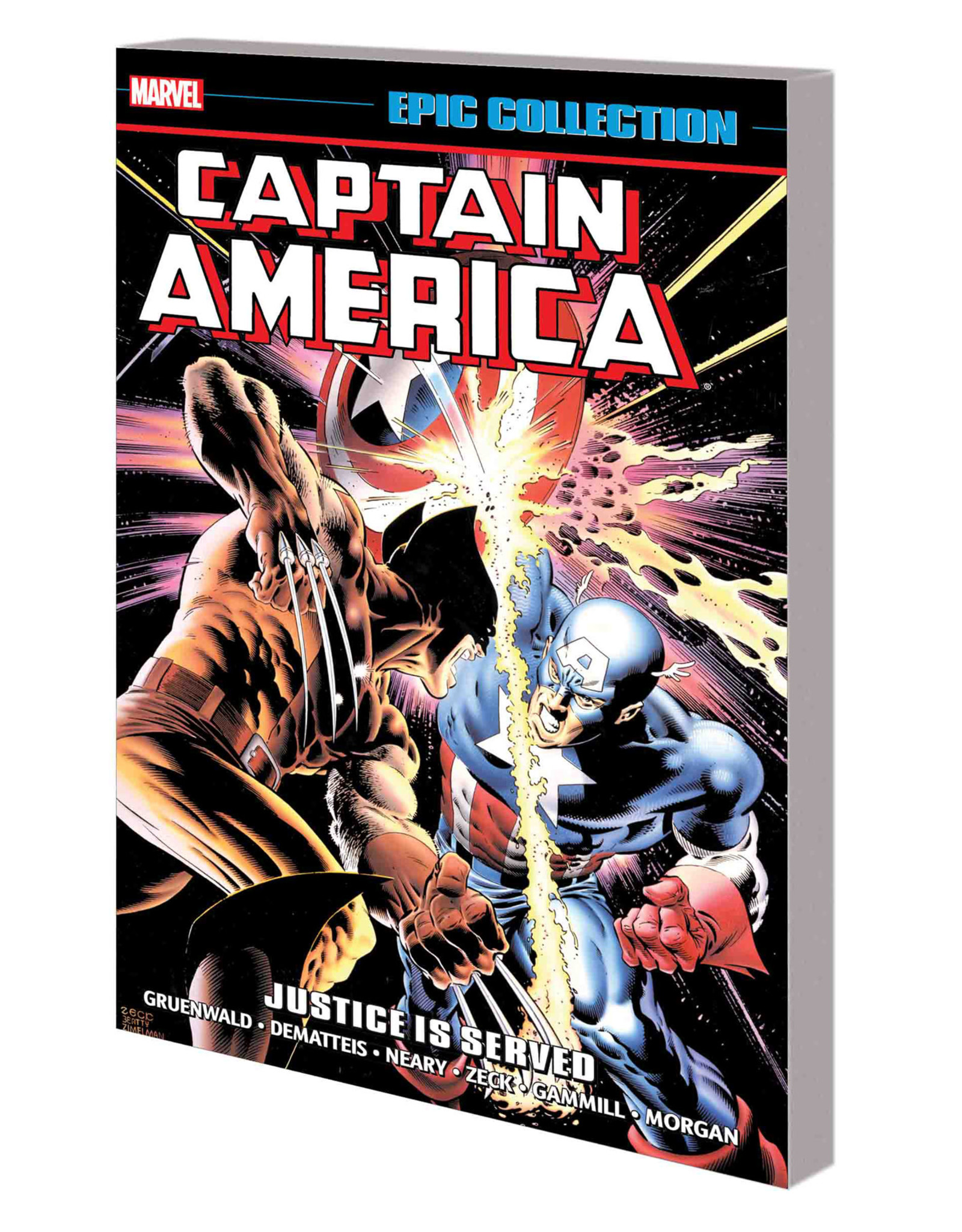 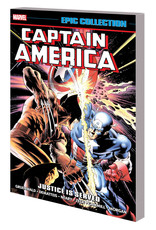 Cap faces a Scourge on the Marvel Universe! A super villain serial killer is on the loose, marking every death with an enigmatic epitaph: "Justice is served!" As the bodies pile up, can the Living Legend take down this Scourge of the Underworld before there are no more criminals left to fight? And as if Scourge wasn't enough, there's Blue Streak, Flag-Smasher and the Slug to contend with! Other heroes can be just as much trouble - like enthusiastic D-Man, savage Wolverine and misguided Super-Patriot! But the government itself might strike the final blow! Between friends, foes and ghosts from his past - by the end of this story, Steve Rogers will be Captain America no more! Collecting CAPTAIN AMERICA (1968) #318-332 and ANNUAL #8, AMAZING SPIDER-MAN (1963) #278, material from MARVEL FANFARE (1982) #29 and #31-32, and more.
Rated T