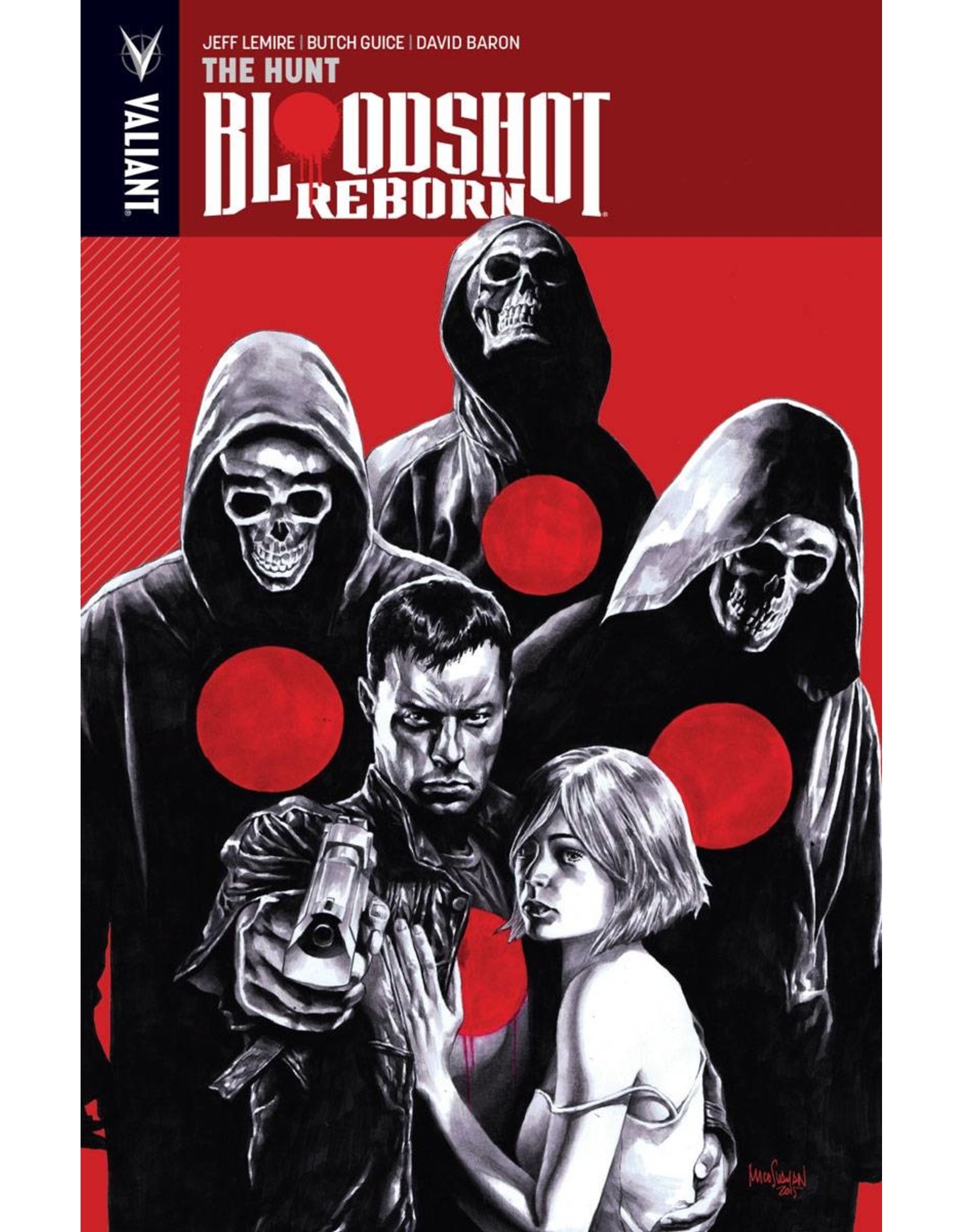 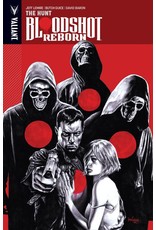 "THE HUNT" IS ON! Bloodshot is on the hunt. Determined to stop the violent reign of terror that plagues Colorado, Bloodshot journeys across the Rocky Mountains to destroy the remaining nanites that have caused mass murderers to spring up across the state. But will the drugs, booze, and insane visions rattling around his head put an end to his journey before it begins?
Start reading here as New York Times best-selling writer Jeff Lemire (THE VALIANT, Descender) and Eisner Award-nominated artist Butch Guice (NINJAK, The Winter Soldier) begin the second staggering story arc of the chart-topping new series that Entertainment Weekly calls "a subversive new take on Valiant's resident unkillable killing machine." Collecting BLOODSHOT REBORN #6-9.