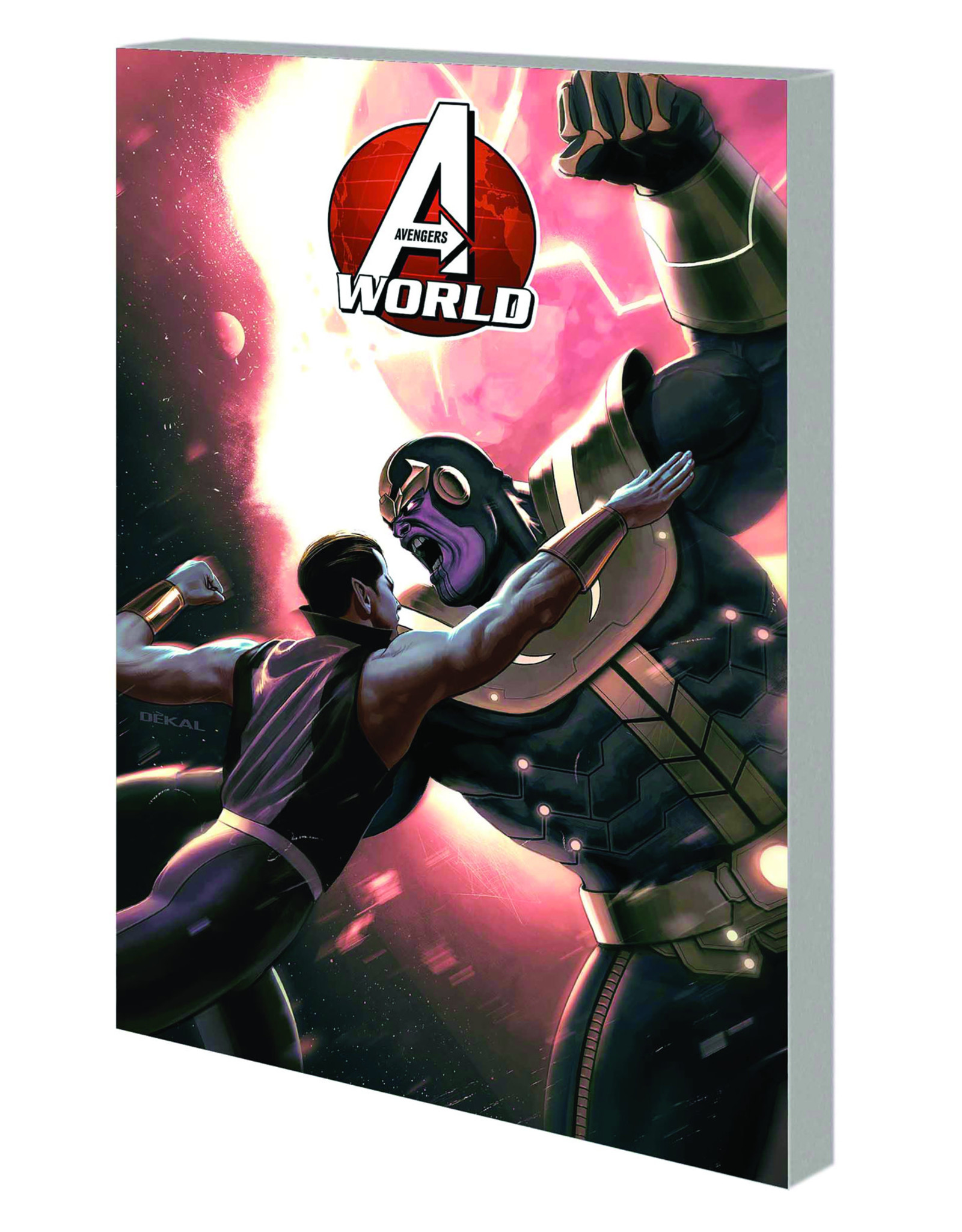 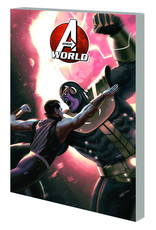 The Avengers, Illuminati and Cabal have been battling to save their world while reality dies and time runs out around them - but how did things get the way they are? Find out here, as the answers you've been waiting for are revealed! Cannonball and Smasher face their greatest adventure yet: parenthood! But can the new parents survive an encounter with the Shi'ar Imperial Guard? Sunspot takes on A.I.M. in the Savage Land as Starbrand and Nightmask face a surprising enemy, and Thor and Hyperion are unleashed! The Avengers fall as the Cabal rises - and no world is safe as the march to the end times begins! Plus: Starbrand is losing his grip on his humanity! Can Nightmask bring him back to Earth? And can he stand against the cosmic fire of Kolobus? Collecting AVENGERS (2012) #34.2 and AVENGERS WORLD #17-21.
Rated T+
(W) Sam Humphries, Frank J. Barbiere (A) Bengal, Marco Checchetto (CA) Jeff Dekal