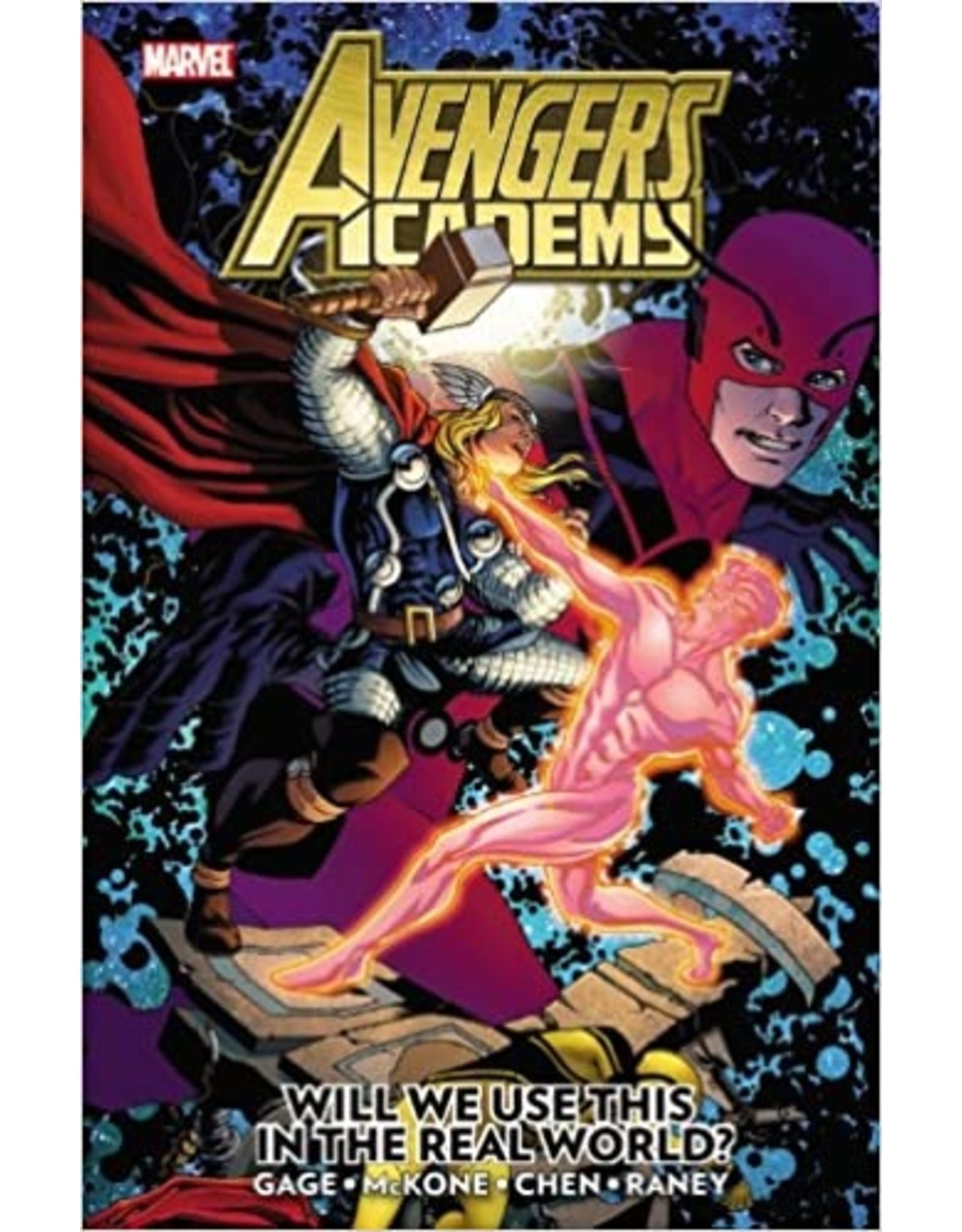 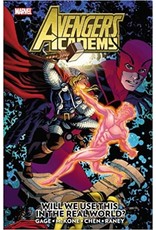 The return of Giant-Man - and Korvac! Academy headmaster Hank Pym once more embraces his classic identity of Giant-Man - but can he bring his former wife, the original Wasp, back from the dead? Meanwhile, when Academy students Hazmat, Veil and Striker discover an Internet video of super villain the Hood torturing their instructor Tigra, will their shocking act of vengeance get them all expelled? And when Michael Korvac - the insanely powerful adversary who once nearly killed the Avengers - makes his shocking comeback, not even they can subdue the powerful demigod! It's resurrections, returns and revenge as five troubled teenagers must face their futures and take on one of the greatest threats to ever face Earth's Mightiest Heroes! Collecting AVENGERS ACADEMY #7-13.
168 PGS./Rated T+