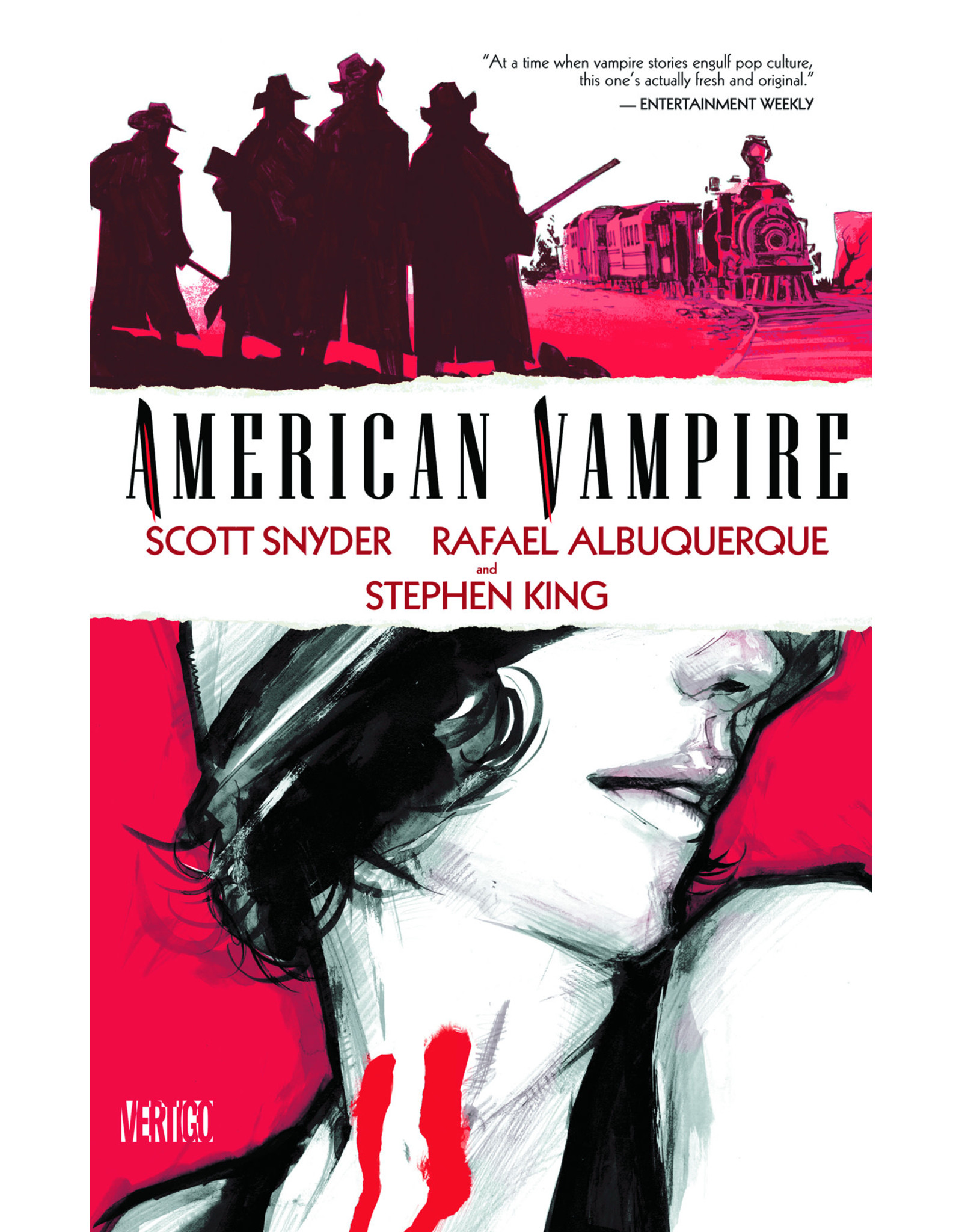 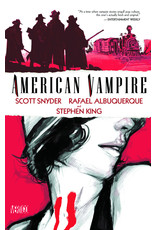 This first hardcover volume of the critically acclaimed series collects issues #1-5 and follows two stories: one written by Snyder and one written by King, both with art by future superstar Rafael Albuquerque. Snyder's tale follows Pearl, a young woman living in 1920s Los Angeles, who is brutally turned into a vampire and sets out on a path of righteous revenge against the European monsters who tortured and abused her. And in King's story set in the days of America's Wild West, readers learn the origin of Skinner Sweet, the original American vampire - a stronger, faster creature than any vampire ever seen before.
Don't miss out as Snyder and King set fire to the horror genre with this visionary, all-original take on one of the most popular monster stories! This beautiful collection features a new introduction by Stephen King and bonus art including character sketches, variant covers and more! 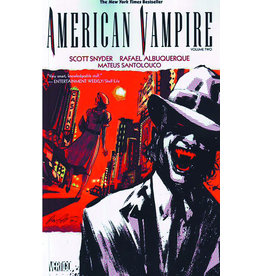 It's Las Vegas circa 1935, and Skinner Sweet and our gal Pearl are about to learn the hard way that the bloodsuckers in Hollywood were nothing compared to what awaits them in Sin City.
Add to cart
AMERICAN VAMPIRE TP VOL 02
$17.99 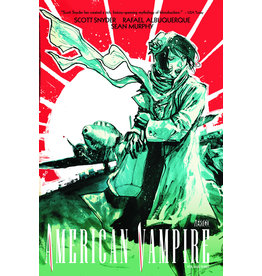 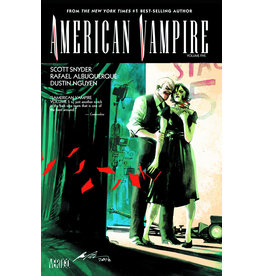 In this new AMERICAN VAMPIRE collection, Skinner Sweet, Pearl and company return to Hollywood in the '50s during the Red Scare.
Add to cart
AMERICAN VAMPIRE TP VOL 05
$16.99 You are cordially invited to a party-to die for! This new volume collects lost tales starring new characters and old favorites from AMERICAN VAMPIRE: THE LONG ROAD TO HELL #1, starring Travis Kidd-the vampire hunter who likes to "bite them back"-plus the
Add to cart
AMERICAN VAMPIRE TP VOL 06
$14.99 The first collection of AMERICAN VAMPIRE SECOND CYCLE features issues #1-5 of the new series! When we meet Pearl again, it is in 1960's Kansas, an era fraught with fear of nuclear war, angry demonstrations and vast social change. But what has changed in t
Add to cart
AMERICAN VAMPIRE TP VOL 07
$14.99

When the children of Archer's Peak begin to go missing, everything seems hopeless. The few children that return alive have terrible stories-impossible details of terrifying creatures that live in the shadows. Their only hope is the arrival of a mysterious
Add to cart
SOMETHING IS KILLING CHILDREN TP VOL 01
$14.99 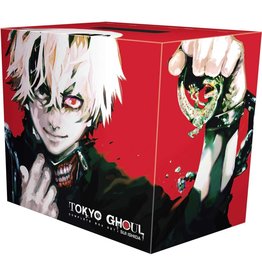 Only for In Store Pickup or Local Delivery
Ghouls live among us, the same as normal people in every way—except for their craving for human flesh. A box set that includes all fourteen volumes of the original Tokyo Ghoul series. Includes an exclusive doubl
Add to cart
TOKYO GHOUL COMPLETE BOX SET VOL 1-14
$149.99