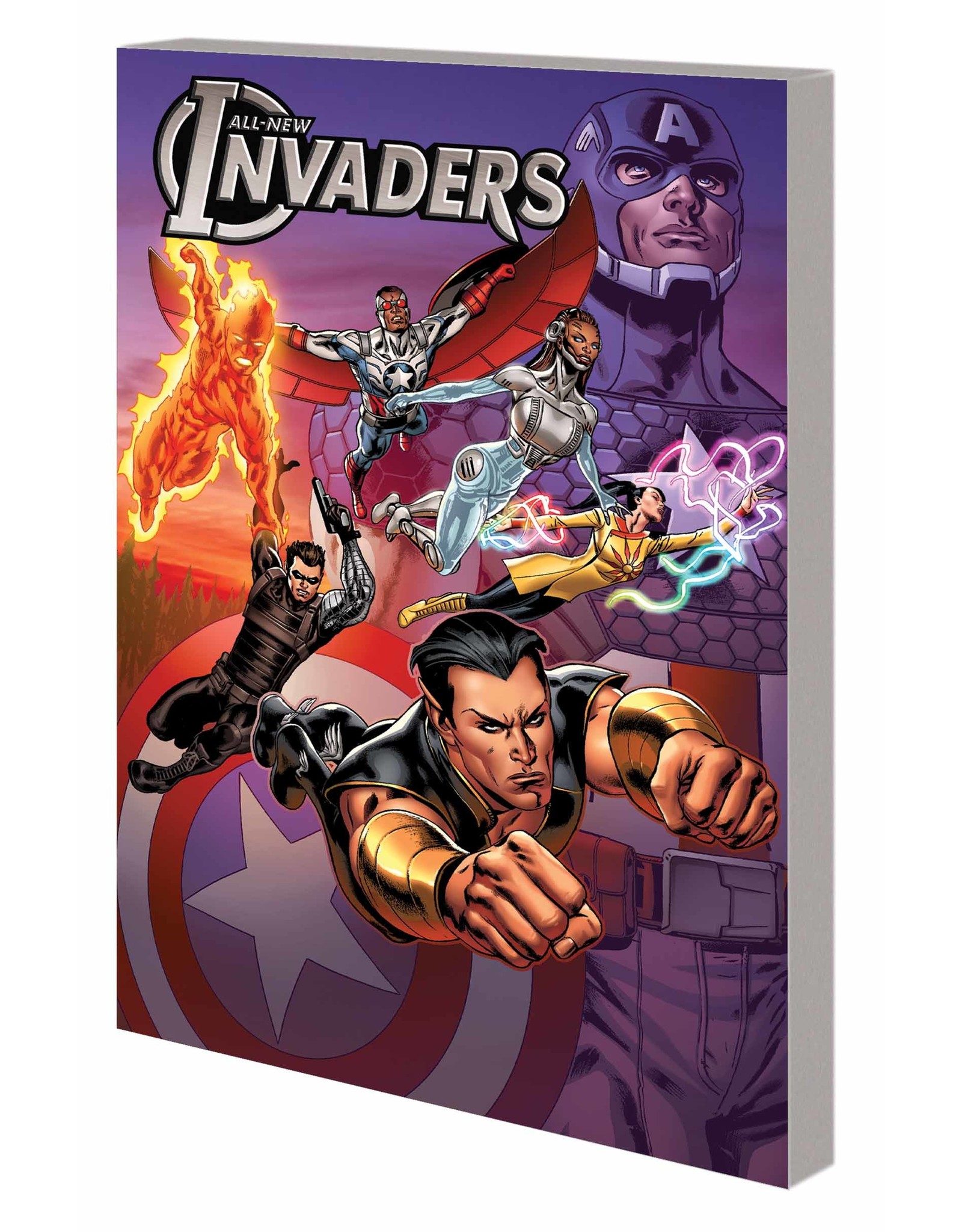 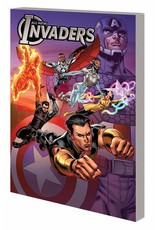 Jim Hammond, the original Human Torch, has been driven mad by recent events - and now it's up to Namor to stop his rampage! And in England, Spitfire and Union Jack must face a different kind of Invader - one from another world!

In 1917, several WWI heroes banded together to battle Martians - and now the invading aliens are back! As the Winter Soldier dispatches the all-new Invaders to help Spitfire, Tanalth the Pursuer seeks answers - and Toro emerges from his Inhuman cocoon with dangerous new powers! Can the all-new Captain America help him navigate his rebirth? Killraven, the Eternals and the Inhumans guest-star as the Invaders struggle to solve the mystery of the Martian invasion! Plus: The team faces Lash and a neo-Nazi threat, but what do they want with Toro and the Iron Cross? Collecting ALL-NEW INVADERS #11-15.