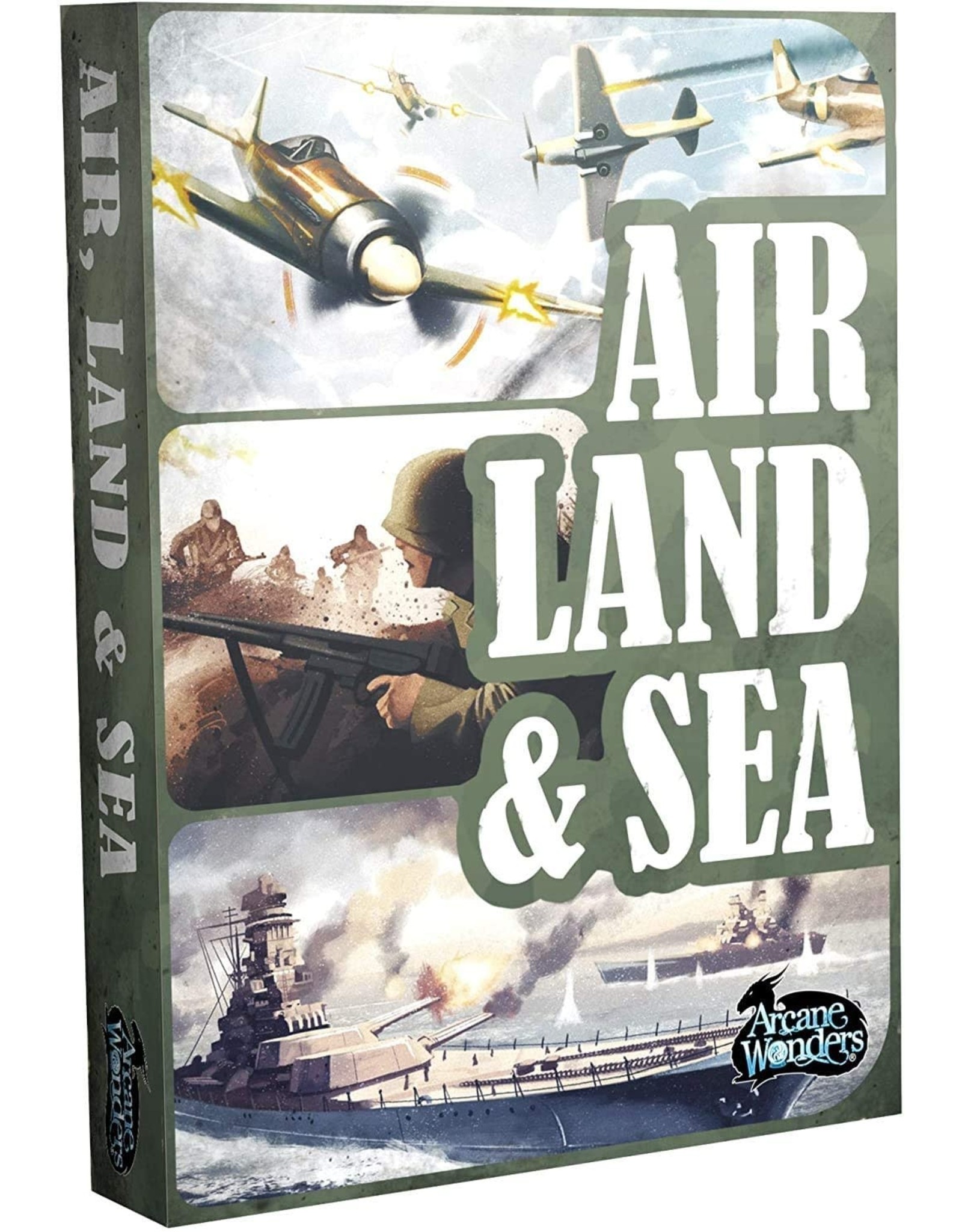 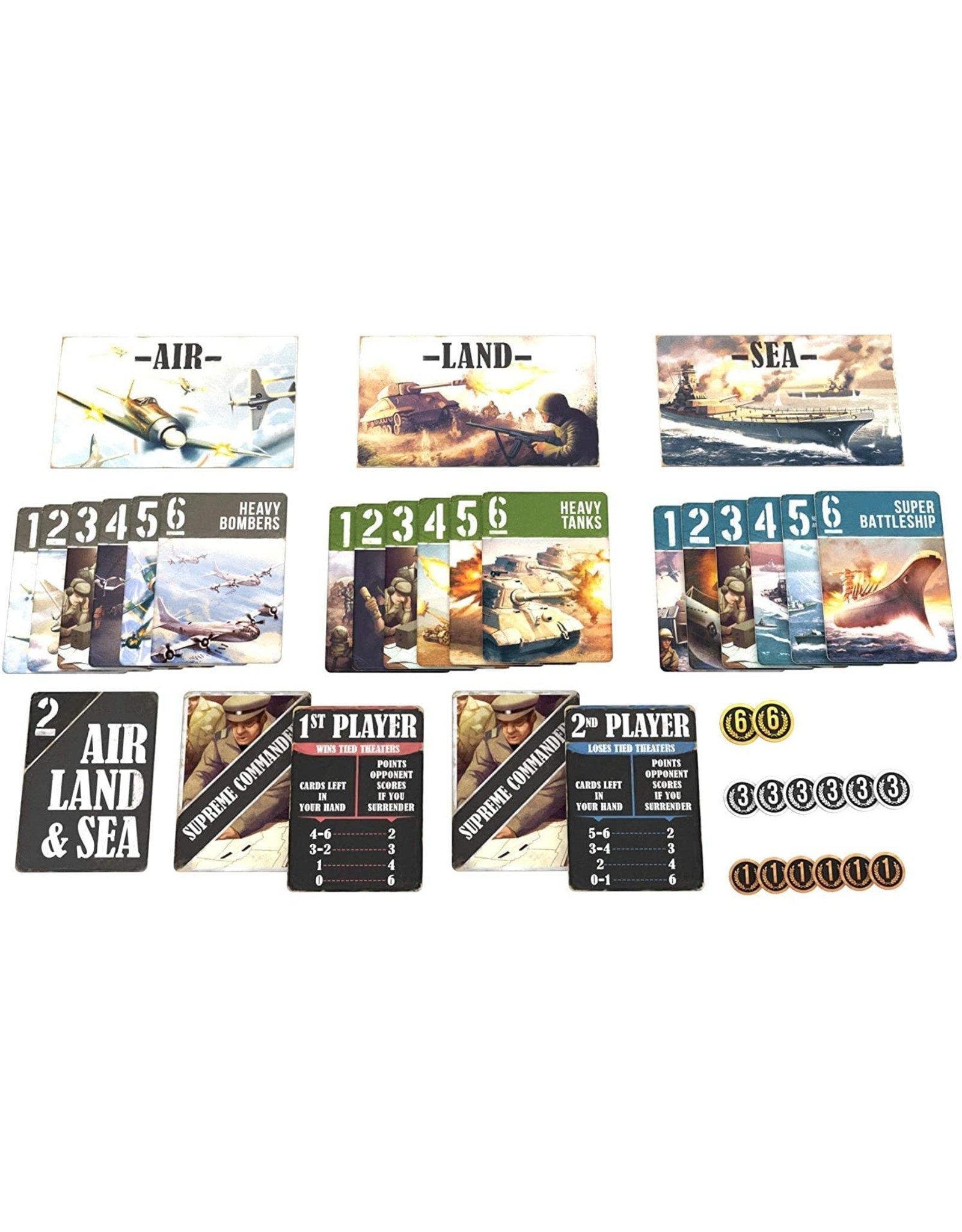 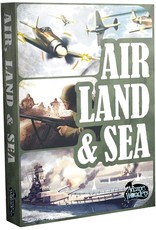 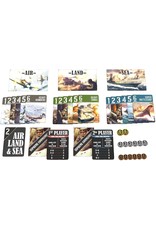 In the midst of the greatest conflict humanity has ever known, victory will be claimed by the military that can overcome their enemies in every battleground. Do you have the skills to lead your nation's best and bravest in the Air, Land, & Sea? In Air, Land, & Sea, two players battle for control over each theater of war by playing Battle cards and strategically utilizing their special abilities to gain the advantage. Whoever controls the most theaters, thus claiming the most victory points, wins the war!