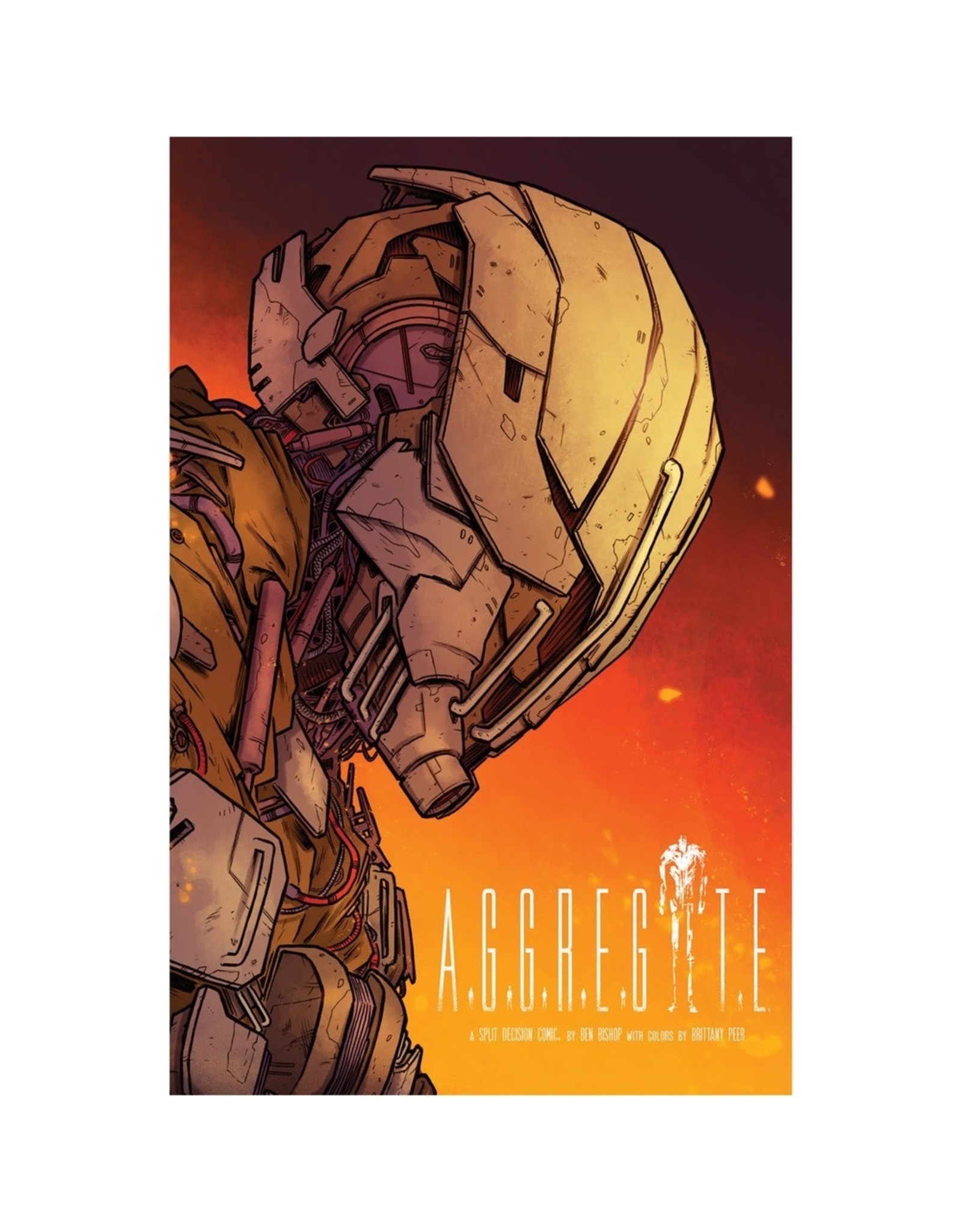 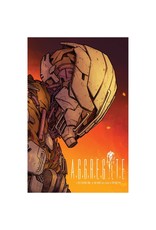 BY BEN BISHOP WITH COLORS BY BRITTANY PEER

A GENETICALLY-ENGINEERED HUMAN SUPERWEAPON MUST DECIDE BETWEEN IT'S BURGEONING HUMANITY AND A HARDWIRED OBLIGATION TO DECIMATE THE HUMAN RACE.

1000 years after he and 4 other genetically altered terrorists known as THE OTAs, attempted to wipe out the people of Earth, THE MAN and VALERIUS, a ghost from a past he can barely remember, now race across a post-apocalyptic world towards his deactivated giant robot killing-machine, THE AGGREGATE.

The truth is neither VALERIUS or THE MAN know what's going to happen when they arrive at THE AGGREGATE. If his newfound humanity is as strong as she believes it is, perhaps THE MAN will use his powers to stop the OTAs and finally secure the Earth's future. If she's wrong, and his hardwiring wins the battle, then at least she will finally know that THE MAN is nothing more than THE AGGREGATE, a soulless shell that she must destroy ...