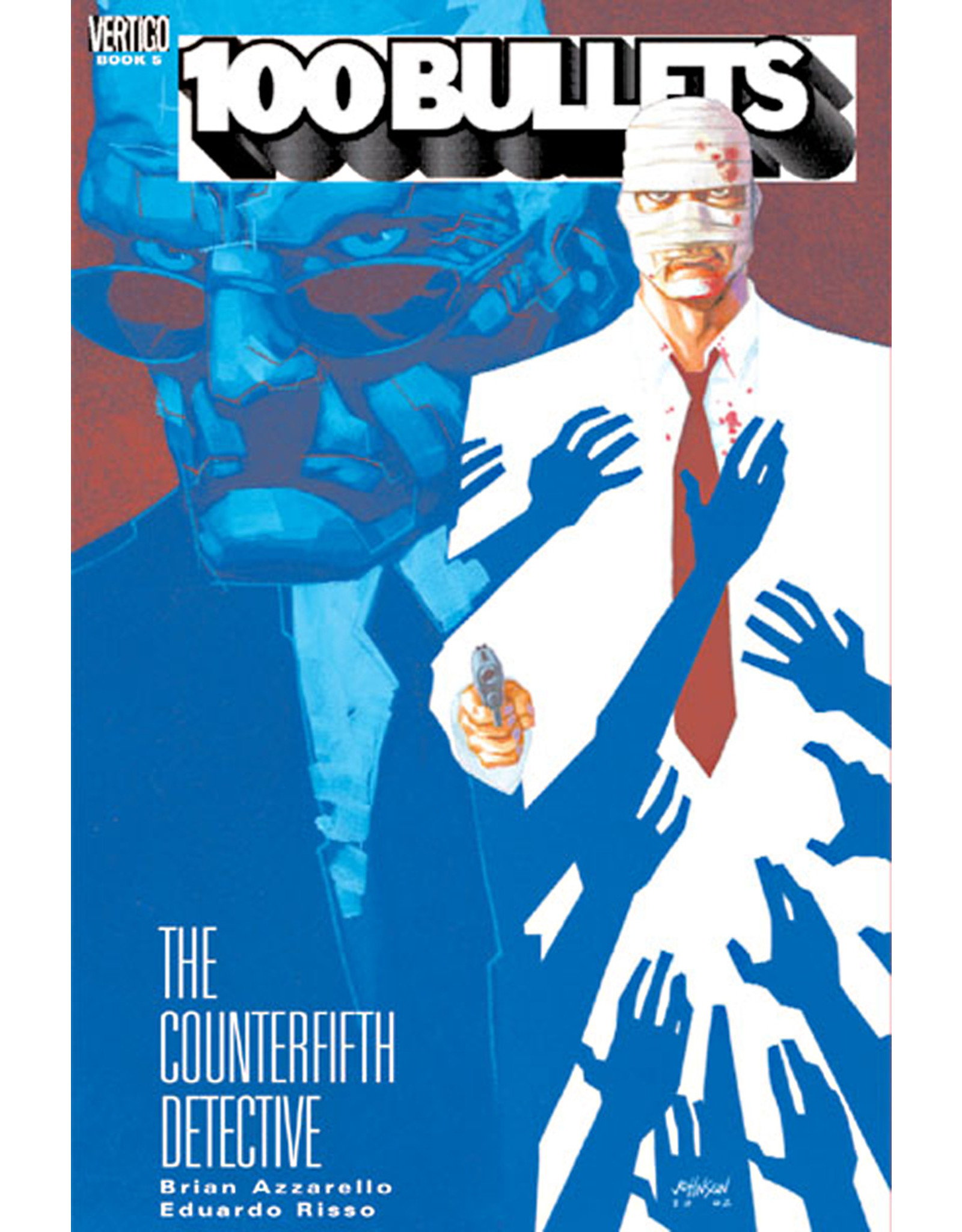 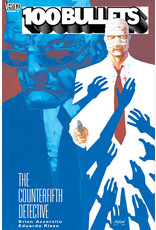 Reprinting issues #31-36 of the Harvey and Eisner Award-winning VERTIGO series, 100 BULLETS: THE COUNTERFIFTH DETECTIVE brings to light another chapter in the story of Agent Graves and the remnants of his old outfit the Minutemen. In this fifth suggested for mature readers trade paperback collection by acclaimed writer Brian Azzarello (HELLBLAZER, BATMAN/DEATHBLOW: AFTER THE FIRE), featuring art by Eduardo Risso (BATMAN: GOTHAM KNIGHTS) and a new cover by Dave Johnson, Agent Graves presents his trademark attach case containing a gun and 100 untraceable bullets to Milo Garret - a small-time private dick who's just gotten out of the hospital after losing an argument with his car's windshield.

With his face covered in bandages, Milo has become an invisible man in more ways than one. As his latest case draws him into the shadowy world of the Trust, he's forced to confront the blank space that is his past and figure out what it has to do with the attach case he's holding in the present... and do it before what he doesn't know ends up finishing the job that the windshield started.