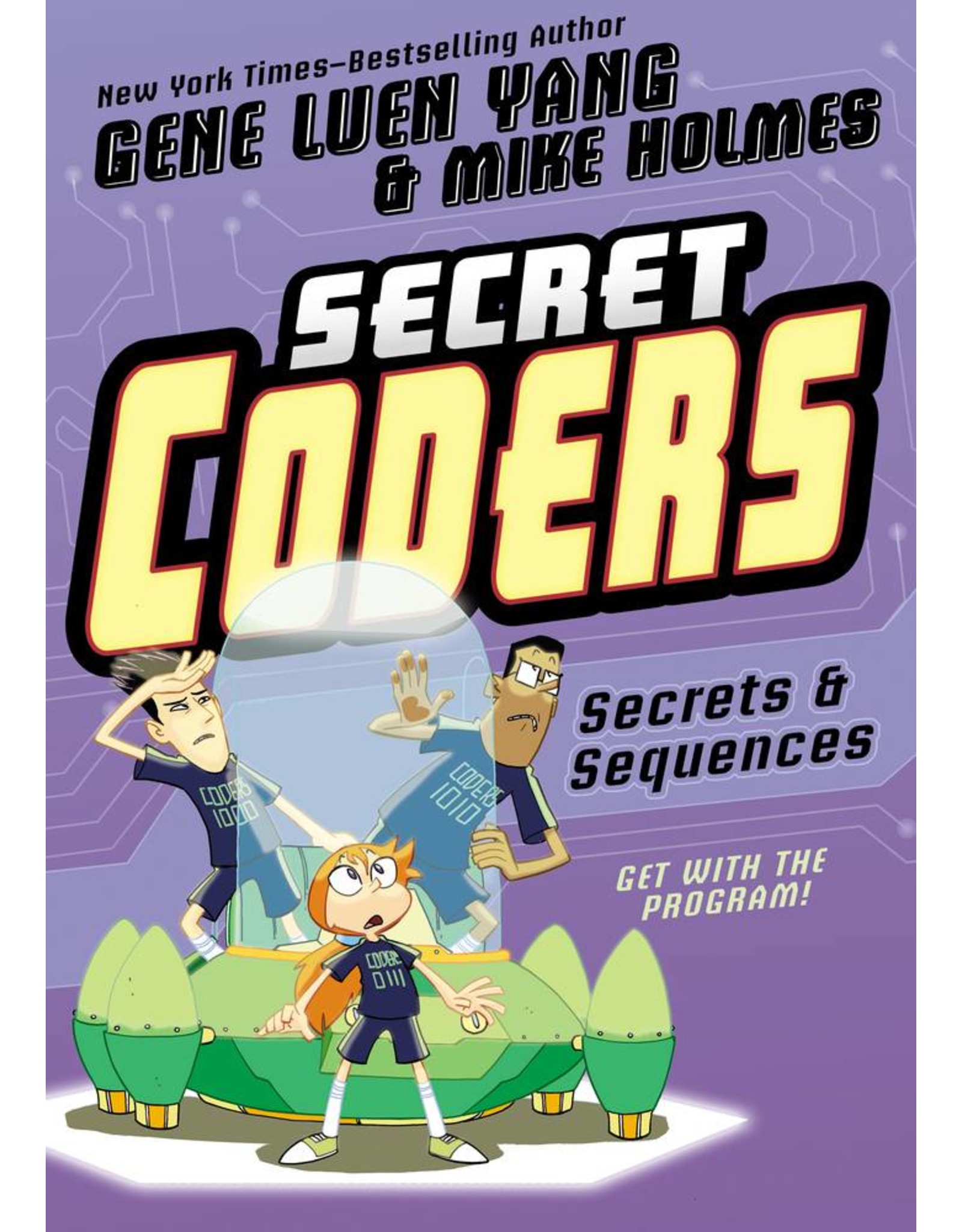 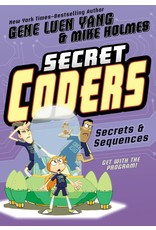 The third book in the Secret Coders series from Gene Luen Yang and Mike Holmes.

Stately Academy is no ordinary school: it was once home to an elite institute where teachers, students, and robots worked together to unravel the mysteries of coding. Hopper, Eni, and Josh won't rest until they've learned the whole story, but they aren't the only ones interested in the school's past. Principal Dean is hot on their trail, demanding that the coders turn over their most powerful robot. Dean may be a creep, but he's nothing compared to the guy who's really in charge: a green-skinned coding genius named Professor One-Zero.